Brazil should convert pasture, not cerrado for biofuel crops 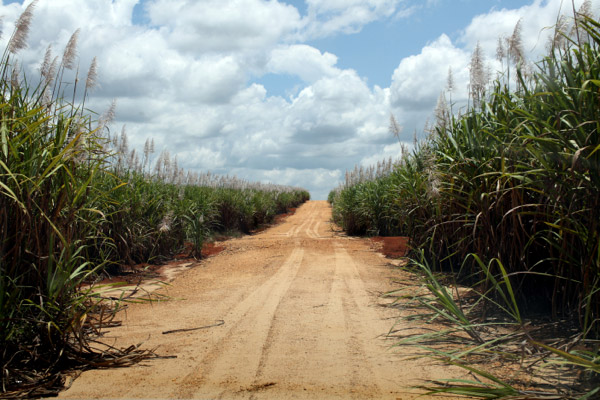 Sugar cane in the tropics. Photo by Rhett A. Butler.

If Brazil wants to respect its commitment to reducing greenhouse gas emissions it should target low productivity cattle pasture rather than native cerrado for biofuel crops like sugar cane, argues a new paper published in Nature Climate Change.

Brazil already has the world’s largest fleet of “flex-fuel” vehicles, most of which run “gasohol” that includes sugar cane-derived ethanol. However climbing gas prices and growing car ownership will continue fueling a rise in demand for agricultural land. With the Amazon rainforest mostly off-limits due to government policies, the 2 million hectare woody grassland known as the cerrado is increasingly under threat. Conversion of this ecosystem puts not only native wildlife at risk, but also contributes to carbon emissions, according to the paper.

“Because Brazil has a large supply of under-used, low productivity pastures that are suitable for sugar cane, there is no reason to clear additional native Cerrado for sugar cane production,” said Macedo in a statement, noting that over half of the cerrado has already been cleared.

The researchers say that such a strategy could enable Brazil to more than meet its carbon emissions reduction target while at the same time growing food, fuel, and fiber production.