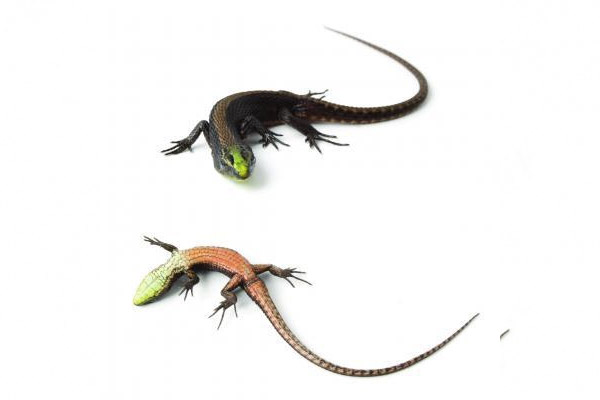 Researchers have discovered a colorful lizard species in the cloud forests of northwestern Ecuador.

The species, dubbed Alopoglossus viridiceps, is a type of shade lizard. It is described in a recent issue of the journal ZooKeys.

Like other shade lizards, Alopoglossus viridiceps lives in the leaf litter of high elevation could forests, which in Ecuador have been great diminished in recent decades. Shade lizards are notable in that their tongues are covered by folds rather than scale-like papillae, according to a statement released by ZooKeys.

Alopoglossus viridiceps was discovered after field and lab work Omar Torres-Carvajal and Simón Lobos of the Museo de Zoología QCAZ at the Pontificia Universidad Católica del Ecuador. There are now seven known Alopoglossus species, six of which are found in Ecuador.