Conservation efforts in less-developed and politically unstable countries are full of risk, according to a study published in PLOS ONE. The study, which looks at how to best evaluate conservation priorities, argues that selecting priority countries based solely on economic factors may lead to failure in conservation projects and increase the likelihood of negative impacts on local people.

“The conservation community is often reluctant to discuss negative issues that relate to their work, such as corruption and poor treatment of local people by government officials, which are probably more prevalent in some countries,” explained co-author Bob Smith from the Durrell Institute of Conservation and Ecology (DICE) at the University of Kent. “Our study shows we need to investigate these issues further and develop approaches that account for and minimize their impacts.”

Notably, the study found that it’s more expensive to operate in countries with less corruption and stronger economies. In fact, the cost of conservation rose with political stability, low corruption, government strength, civil society involvement and protection of human rights. 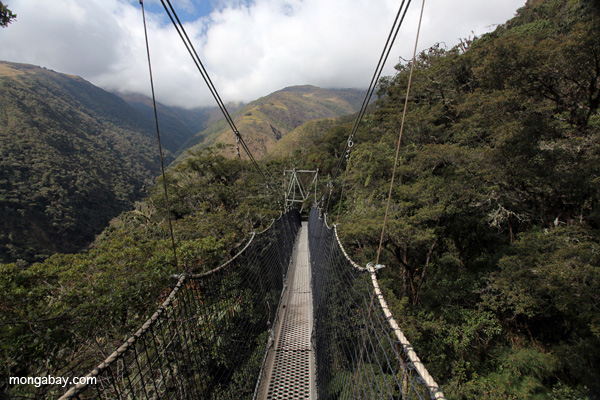 A canopy walk-way in Manú National Park. Photo by Rhett A. Butler / mongabay.com

But the authors caution that conservationists ignore the bureaucracy, political instability and corruption of developing countries at their peril. When a project operates in a country suffering from high levels of instability and corruption, international donors become heavily reliant on both national and local government for implementation. But high corruption, poor bureaucracy and little human rights protection in these areas may put the local human populations at risk and ultimately result in project failure, according to the study.

“Conservationists in low-cost countries have to spend more time and effort overcoming bureaucratic hurdles and ensuring their work does not have negative impacts on local people,” said lead author Erin McCreless with the University of California Santa Cruz, who notes that a more holistic approach to conservation priorities would be beneficial.

A troubling example is human rights abuse stemming from enforcement of conservation policy, such as heavy-handed anti-poaching efforts, which in turn may reduce local public support for conservation efforts.

In addition, the study underlined the problem of lack of focus on project outcomes. Instead of checking to see if a project is working, emphasis is often myopically placed on the initial investment with little follow-up monitoring and analysis, according to the research.

Since the bulk of the world’s biodiversity is contained in developing countries, conservationists cannot simply pack their bags and leave places most affected by corruption and economic hardship. Instead, the study suggests placing more importance on developing relationships at the local level and increasing civil society involvement in poorer countries. In addition, it stresses increasing emphasis on cooperation between organizations and academics to set new priority areas according to a range of factors, not just initial cost.

“We definitely need to reassess how conservation organizations make decisions about where to work,” Smith told mongabay.com. “At the moment we have a situation where many conservation organizations use ad hoc approaches for identifying priorities, whereas academics have developed more rigorous approaches but fail to account for relevant factors when running their analyses. One big step would be for academics to recognize that every conservation prioritization scheme has to be context and organization specific. They need to work with these organizations to identify what the prioritization scheme is for and what factors should be included.” 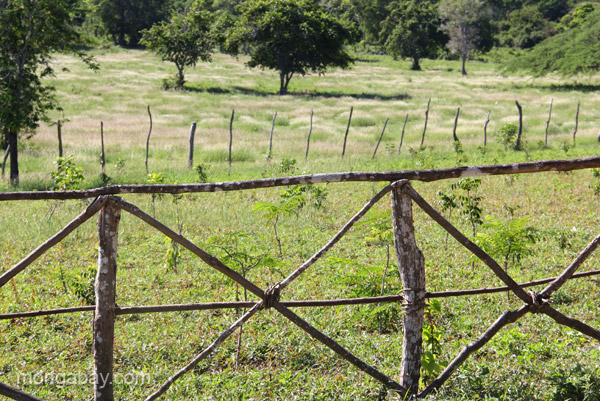 A reforestation project in the Dominican Republic. Photo by Tiffany Roufs / mongabay.com

“It’s difficult to say when the issue began,” he said. “I think one of the main negative impacts is that conservation practitioners have ignored new approaches for setting priorities because they felt they produce naïve results.”

Understanding the true costs of conservation efforts and appropriate decision-making is clearly a challenge. However, the authors of this study assert that tackling it with collaborative efforts between practitioners and academics would be a step in the right direction.