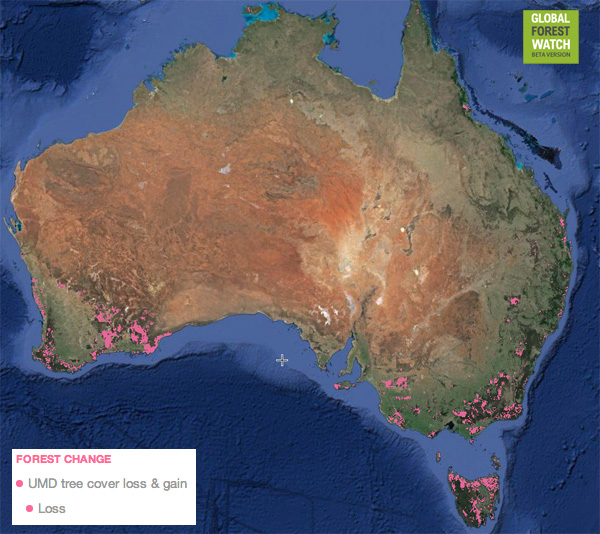 A group of prominent scientists have blasted Australian Prime Minister Tony Abbott’s pledge to oppose the creation of any new protected areas in Australia.

The Alliance of Leading Environmental Researchers and Thinkers or ALERT, a coalition of conservation scientists, said Abbott is sending the wrong message to the world in promoting industrial logging over protection of the country’s native forests.

“Tony Abbott has blown it with that call,” said William Laurance, a professor at James Cook University and director of ALERT, in a statement. “Australia has some of the world’s most desperately endangered ecosystems and species, which direly need better protection. Just 7.7 percent of the continent is in national parks—that’s low by international standards.”

“It really is worrying,” said Thomas Lovejoy, an ecologist and former environmental advisor to three U.S. presidents. “I hope the Prime Minister gets better advice in the future because the world really needs Australia’s leadership on the environment.”

“If a relatively wealthy country like Australia won’t protect its environment, what kind of message does that send globally?” asked Laurance.

Abbot made the remarks during a timber industry event on Tuesday.

“I don’t buy the Green ideology, which has done so much damage to our country over the last couple of decades,” Abbott said. “When I look out tonight at an audience of people who work with timber, who work in forests, I don’t see people who are environmental bandits, I see people who are the ultimate conservationists.”

Abbot is pushing to remove world heritage status for 74,000 hectares of forest in Tasmania so it can be logged.

Corey Bradshaw, a professor at the University of Adelaide and a member of ALERT, disagrees with Abbott, noting that some of Australia’s most endangered species have suffered as a result of logging and need their habitat protected.

“The Leadbeater’s possum relies entirely on these old-growth forests and is critically endangered,” said Bradshaw. “There’s a dire need to create a new national park for this iconic species and ecosystem.”

Nearly 6 million hectares of forest were lost in Australia since 2000, according to data recently published in Science by a team of researchers from the University of Maryland and Google, among other institutions. Most of the loss occurred in Victoria, Tasmania, and Western Australia.

Disclosure: Author Rhett Butler is on the advisory board of ALERT but had no role in this statement.