In 1929, two sons of Theodore Roosevelt (Teddy Junior and Kermit) led an expedition that killed a barking deer, or muntjac, in present-day Laos, which has left scientists puzzled for over 80 years. At first scientists believed it to be a distinct species of muntjac and named it Roosevelts’ muntjac (Muntiacus rooseveltorum), however that designation was soon cast into doubt with some scientists claiming it was a specimen of an already-known muntjac or a subspecies. The problem was compounded by the fact that the animal simply disappeared in the wild. No one ever documented a living Roosevelts’ muntjac again—until now.

“The Roosevelts’ barking deer…is one of the most poorly known mammal species in the world. Since it was described as a new species in the early 20th century…no records have been reported until its rediscovery in Laos [in 1999],” write a scientific team, headed by Min Le with Hanoi University of Science, in a new paper in Conservation Genetics that has finally solved the mystery of Roosevelts’ muntjac.

All trace of Roosevelts’ muntjac vanished until 1999, when researchers found hunting trophies of the animals in Laos—though still no living animal. They conducted molecular studies on these specimens, which pointed to the fact that Roosevelts’ muntjac was indeed a distinct species. 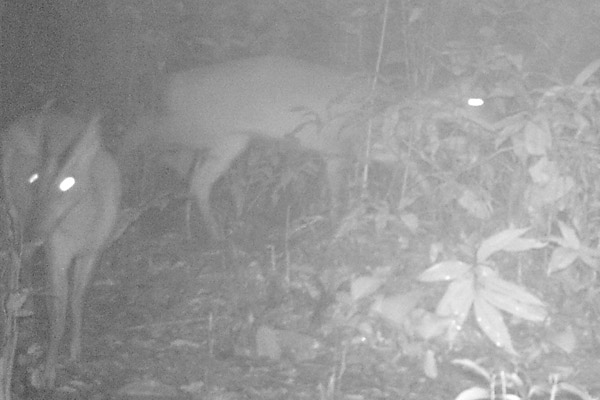 “However, the taxonomic status of this species was thrown in dark again, as experts thought that the 1999 study was not convincing enough (using only mitochondrial DNA and so few samples…),” Le told mongabay.com. “Morphologically, this species could not be distinguished from other closely related species such as Truong Son muntjac, Muntiacus truongsonensis, primarily because so few specimens were available.”

Fifteen years later, and 85 years since the Roosevelt expedition bagged the original specimen, Le and his team have made a surprising discovery: Roosevelts’ muntjac, but in Vietnam not Laos. Examining hunting trophies of muntjacs in Vietnam’s Pu Hoat and Xuan Lien Nature Reserve, the team found uncanny similarities to the Roosevelt specimen, still housed in the Field Museum in Chicago.

“This was totally unexpected,” Le said. “When I first saw the data, I thought I saw a new species of muntjac in Vietnam. But after carefully compared our data with those from the type specimen, we confirmed that it is the Roosevelts’ barking deer. We were all very happy about the finding.”

Le and his team conducted thorough genetic testing on their specimens, which proved once again that Roosevelts’ muntjac is a distinct species.

“We sequenced more mitochondrial and nuclear genes of new samples. We reconstructed phylogenetic relationships of the Roosevelts’ muntjac with its relatives. Our genetic data reaffirmed that this species represents a distinct evolutionary lineage, closely related to Truong Son muntjac in the region and leaf muntjac in Myanmar,” explained Le. 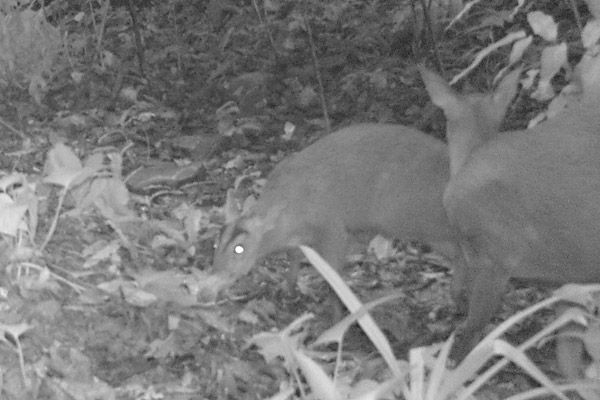 But this wasn’t the only breakthrough in the search for the mystery muntjac. While Le and his team were conducting the genetic analyses, another team succeeded in capturing the first photos of Roosevelts’ muntjac ever. A series of shots, including some showing a pair of muntjacs, were taken by camera traps.

“The photos are very significant because they show that the species still live in the area (no one ever saw it alive since 1929!), and that there is still a chance to save it,” said Le.

Still, even as Roosevelts’ muntjac is rediscovered—and confirmed as a distinct species in its own right—it may be on its way out.

In addition, the primary forests on which Roosevelts’ muntjac depends only cover about 10 percent of the reserves and are falling fast.

The next step, according to Le, is for researchers to conduct surveys of Roosevelts’ muntjac to determine its population size. With that information, conservationists will be able to draft an action plan.

“We need to act fast before it is too late to save this species,” he said.

Scientists are only beginning to unravel the muntjac family. Generally around 12 species are recognized, but shockingly—for good-sized mammals—half of these were discovered after 1980. In fact, five distinct species were uncovered in the 1990s alone, a decade that might be described as muntjac taxonomic madness. Of the 12 known species today, five (including Roosevelts’) are still categorized as Data Deficient by the IUCN Red List, meaning scientists don’t have enough data to know if they are threatened or not. In addition, three species are listed as Endangered and one as Vulnerable. Generally, barking deer—so-called for their distinct bark-like calls—are imperiled by overhunting, snaring, and vast forest less across Asia. 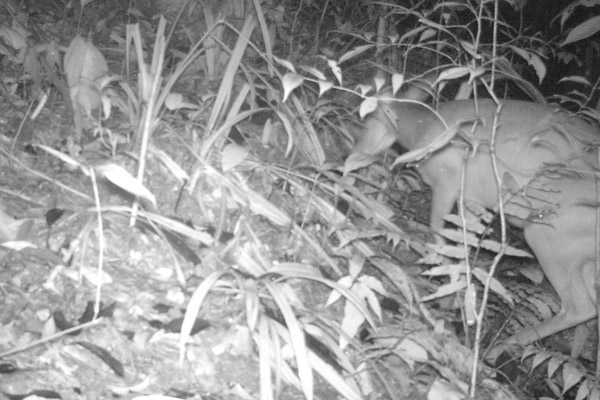 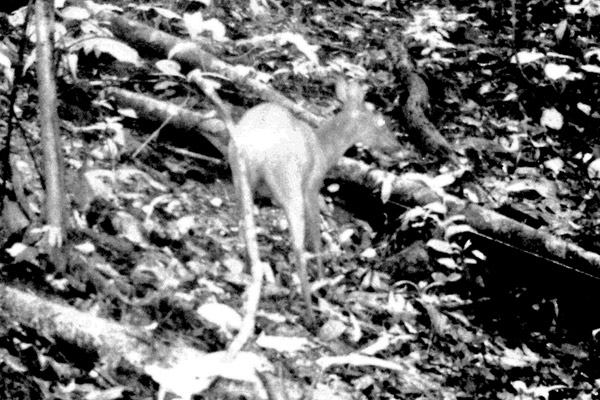