Indigenous communities in the northern Republic of the Congo are observing climate change even though they have no knowledge of the science, according to a unique collaboration between the Rainforest Foundation UK (RFUK) and local communities. The environmental changes witnessed by the locals in the Congo rainforest include increased temperature, less rainfall and alterations to the seasons, much as expected under global climate change.

“Indigenous peoples in the Congo Basin rainforests face many challenges including severe discrimination, and degradation of their homelands by timber, mining, palm oil and other companies,” said Francesca Thornberry, Head of Programmes at RFUK. “Environmental change due to climate change could worsen their plight unless special measures are taken. A first step in helping indigenous peoples adapt to the effects of climate change will be to secure their rights to land and resources.” 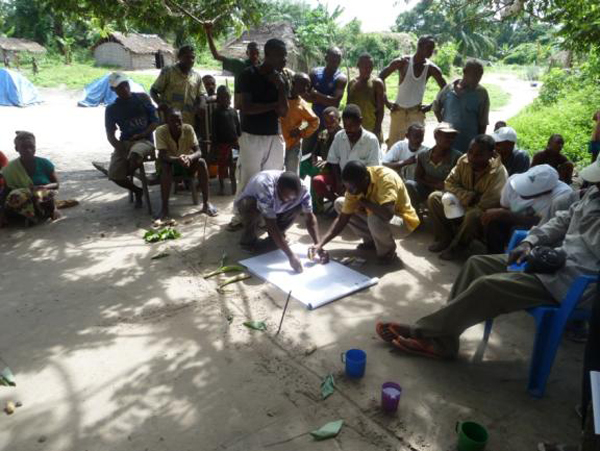 For the study the RFUK collaborated with two communities, the Ngonaka in the southwest (where deforestation is prominent) and the Boucy Boucy in the north (where logging has intensified recently). Although the communities had no prior knowledge of climate change, many identified similar phenomena, including “the rains have come late this year” and “we no longer know when to plant crops.”

When ranking recent environmental changes, the Boucy Boucy noted water pollution, degraded forests and deforestation, increasing rarity of medicinal plants, temperature increases and the drying-up of rivers, the latter two of which can be directly attributed to climate change.

There are an estimated 43,380 indigenous people in the Congo Republic, the majority of whom rely on forest products to provide their basic needs, such as housing and health care. In fact, during their surveys the RFUK found that 100 percent of indigenous people rely on wild plants (as a source of food or medicine), 93 percent on wild meat and 89 percent on wood as a fuel source, but seasonal changes in the region due to climate change are already affecting the availability of these resources. For example, the RFUK reports that the communities now have to travel further to acquire the supplies they need to survive.

The indigenous people of the Republic of the Congo are already facing an existential threat from deforestation. Up to 75 percent of the total rainforest cover in the Congo has been allocated for timber production, and only 11 percent granted protected status. In order to protect these communities, the Republic of Congo passed the Indigenous Peoples’ Rights Law in 2011, but their rights are still not formally recognized. 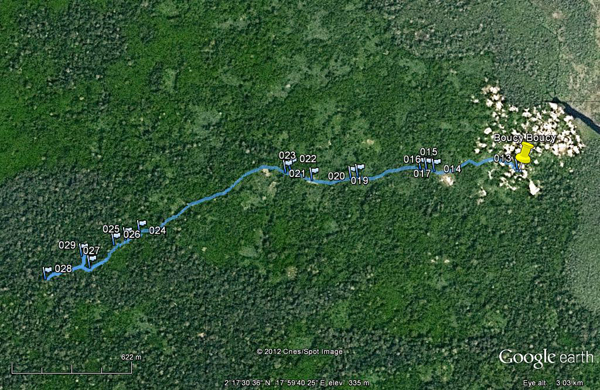 A satellite image of the study area courtesy of Google Earth.