The South American Amazon rainforest is renowned for being one of the most biodiverse ecosystems on the planet, boasting an estimated 16,000 different tree species. However, the distribution of these diverse tree species is curiously uneven throughout the expansive forest. Some areas of trees, commonly called clades, can contain hundreds of different species while others contain only a few. What is the reason behind this irregular diversity? According to a new study headed by Tim Baker and published in the journal Ecology Letters, the answer lies within short durations between tree generations, which was found strongly correlate to highly biodiverse clades.

In the past, scientists have linked the Amazon’s high biodiversity to historic environmental events believed to cause extinction or lead to the formation of new species. Throughout the Cenozoic Era, from 66 million years ago to the present, major environmental events such as the formation of the Andes, climatic variation and wide-ranging soil conditions have been shown to be leading factors in the rapid creation of new tree species in the Amazon. 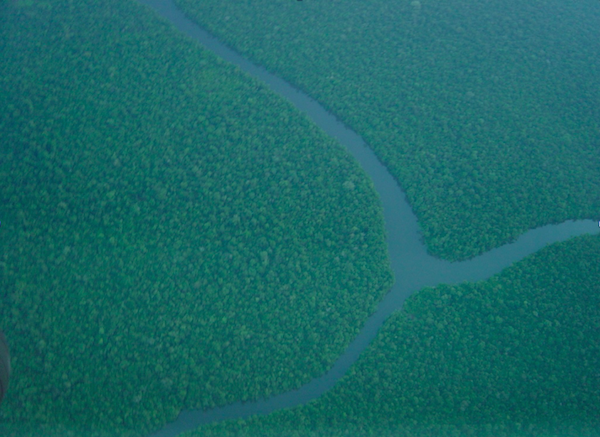 Aerial view of the Amazon rainforest. Photo by: Tim Baker.

But while these environmental events can explain the general tree diversity of Amazonia as a whole, an examination of the inherent traits of tree species may also prove valuable when looking at the smaller-scale variation between different tree clades. Baker and his team of researchers found that in addition to environmental factors, the characteristics of individual tree species also contribute to the region’s spectacular biodiversity.

To find an explanation for the variation among clades, Baker and his team looked at patterns of ecological, morphological and life-history traits of many Amazonian neotropical tree species. Baker worked with collaborators at the Royal Botanic Garden Edinburgh, University of Leeds and Universidad Nacional Autónoma de México to gather data; they also used data previously collected during long-term projects conducted by the Amazon Forest Inventory network, RAINFOR. The researchers sampled a total of 0.82 square miles (2.12 square kilometers) of forest across a range of climates and soil types.

The scientists examined 51 clades, containing a total of 37,090 neotropical trees, and looked at the life histories and characteristics of different species as well as the overall age and diversity of each clade. Within the individual clades, they documented demographic traits of the different tree species such as range size, seed dispersal mode, breeding method and mortality rate, all of which contribute to clade generational time or turnover rate. The researchers found that the most diverse clades all had one thing in common: the trees experienced faster growth and mortality rates. In other words, they had shorter generations.

“Short generation times might increase the number of species we see today either through promoting speciation by allowing more rapid adaptation to changing environmental conditions, or from reducing extinction by allowing species to migrate more rapidly when the climate alters,” Baker said. 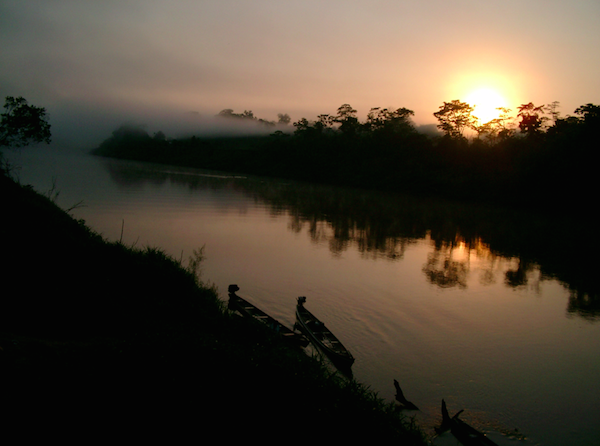 The scientists noticed that the different tree species within clades with higher diversity tended to share similar characteristics that correlated to shorter generation times. They hypothesize that rapid resource acquisition, high seed dispersal, fast growth rates and short lifespan are traits that promote the formation of new species.

“The question is about what factors ultimately cause speciation,” Baker told mongabay.com. “That could be many things – processes that split up the range of an existing group, such as mountain uplift; processes that lead to new environmental conditions (e.g., deposition of a particular soil type, or climatic change) that lineages adapt to; or a rare long-distance dispersal event that creates isolated populations that ultimately become new species. The argument is, however, that for all of these ultimate mechanisms, groups with shorter generation times will tend to produce more species, as rates of genetic change and adaptation are likely to be faster.”

The study results are important for clarifying long-standing questions such as why certain forests in the Amazon contain fewer tree species than others, as well as what accounts for the regional differences between the eastern and western portions of Amazonia. The western area of the Amazon basin contains comparatively rich, young, fertile soils, which promote the growth of fast-growing, short-lived tree species. In contrast, the eastern portion is characterized by poorer soils and longer generation times, potentially leading to a slower evolution of new species. Furthermore, this new research sheds more light on the general ecology of forests and could provide important information for the prioritization of conservation efforts.

Next big idea in forest conservation? Quantifying the cost of forest degradation

(03/27/2014) How much is a forest really worth? And what is the cost of forest degradation? These values are difficult to estimate, but according to Dr. Phillip Fearnside, we need to do a better job. For nearly forty years, Fearnside has lived in Amazonia doing ecological research, looking at the value of forests in terms of environmental or ecosystem services such as carbon storage, water cycling, and biodiversity preservation. Fearnside then works to convert these services into a basis for sustainable development for rural populations.