Infrastructure projects threaten to cut Chitwan National Park in half.

Chitwan National Park is a conservation success story. Since its establishment in 1973 the park’s populations of both Bengal tigers (Panthera tigris tigris) and one-horned rhinos (Rhinoceros unicornis) have quintupled, a success achieved during a time when both species have been under siege globally by poachers. A UNESCO World Heritage site, the park is also a vital economic resource for locals: last year the park admitted over 150,000 tourists who brought in nearly $2 million in entry fees alone. But all this is imperiled by government plans for a new railway that would cut the park in half and a slew of new roads, according to a group of international conservationists known as the Alliance of Leading Environmental Researchers and Thinkers (ALERT).

“Throughout the world, new roads and transportation projects are often the first step in the demise of wildlife. Once an area gets opened up by roads or railroads, poachers and colonists often invade,” says ALERT member Gopalasamy Reuben Clements, who studies the impact of roads on wildlife in Asia. 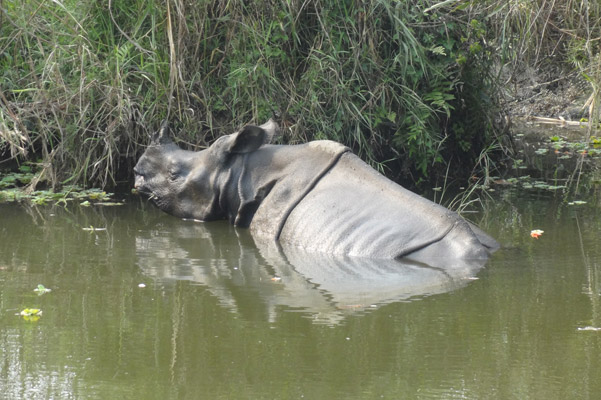 A leaked analysis by the Department of Railways evaluates two possible routes for the new railway, but each cuts through the park, according to a recent story in the Nepali Times. However, other solutions exist. One would be for the new railway to skirt the park entirely, following an already existing highway that runs East to West. But this option wasn’t included in the report, supposedly because it would be a longer route than simply cutting the park in two. Another, more dramatic solution would be for the railway to run underneath the park through tunnels, but this was dropped in the analysis due to cost.

“What will remain of the national park when we have trains passing across the protected areas in 10 years?” Chitwan’s Chief Warden Kamal Jung Kunwar told the Nepali Times.

But the railway isn’t the only big threat to Chitwan. A partnership between the Nepalese and Indian government is working on upgrading and adding eight new feeder roads (also known as service roads) for the Hulaki highway.

“There is no rationale for building a road or railway through one of the world’s most outstanding and successfully operating national parks,” Hemanta Mishra,a well-known local conservationist who played a role in establishing the park, told the Nepali Times. “A railway line and a road through the park without a comprehensive environmental and social impact assessment would undo 40 years of investment by the government, private sector, and the local community.” 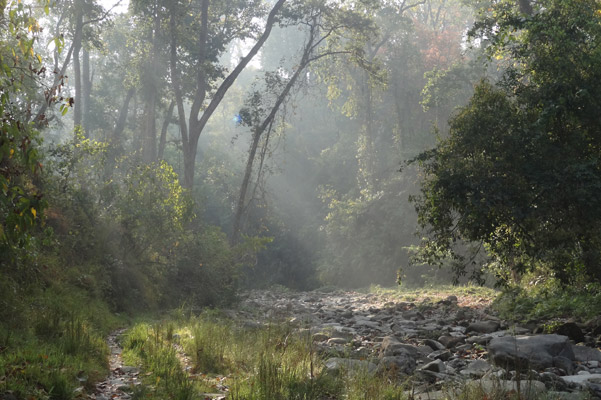 International conservationists agree that both the proposed railways and roads could irrevocably change Chitwan for the worse.

“In terms of its spectacular richness of wildlife, Chitwan is the Serengeti of Nepal. It teems with over 700 wildlife species and has some of the largest populations of wild rhinoceros and tigers in the world,” says ALERT director, William Laurance, a professor with James Cook UNiversity. In addition to its tigers and rhinos, Chitwan is also home a number of other globally-threatened animals, including gaurs (Bos gaurus), four-horned antelope (Tetracerus quadricornis), mugger crocodiles (Crocodylus palustris), sloth bears (Melursus ursinus), Asiatic elephants (Elephas maximus), smooth-coated otters (Lutrogale perspicillata), hispid hares (Caprolagus hispidus), and the Critically Endangered gharial (Gavialis gangeticus).

The Nepalese government has yet to make a decision regarding the new railway. 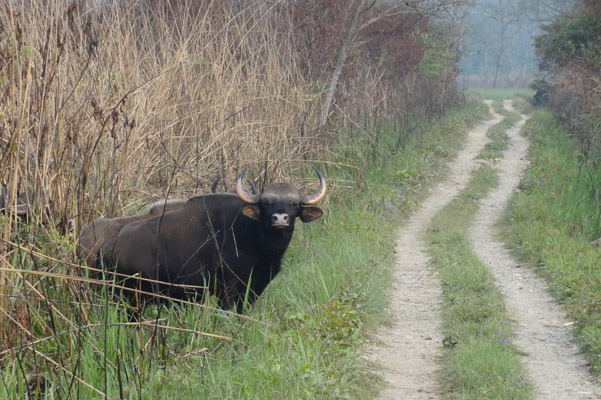 Gaur in Chitwan National Park. This species is listed as Vulnerable by the IUCN Red List. Photo by: Grzegorz Mikusinski. 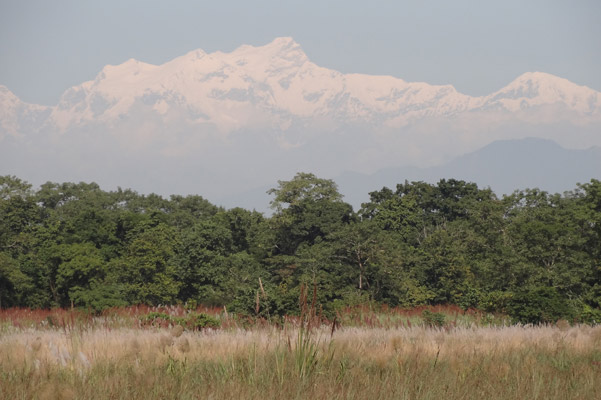 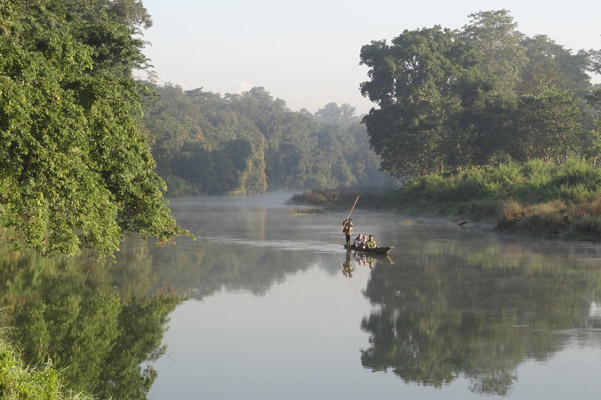 Canoeing is a popular way to see Chitwan. Photo by: Grzegorz Mikusinski.

(09/04/2012) Humans and tigers can coexist in the same area with minimal conflict, finds a new study that raises hopes for big cat conservation.

(01/10/2012) As rhinos again fell to poachers in record numbers in 2011, there was one bright-spot: Nepal. Not a single rhino was killed by poachers in the Himalayan nation, home to an estimated 534 greater one-horned rhinos (Rhinoceros unicornis), categorized as Vulnerable by the IUCN Red List. Conservationists celebrated at Chitwan National Park, which holds the vast majority of the country’s rhinos.