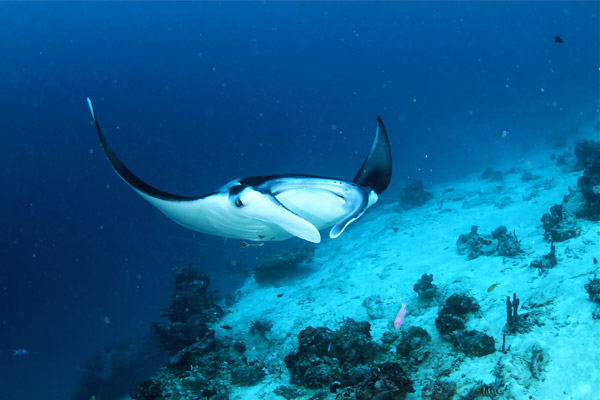 In a move signaling their commitment to CITES agreements on international trade of plants and animals, the Indonesian government declared two species of manta ray “protected” under Indonesian law. Decree Number 4/KEPMEN-KP/2014 issued by Ministry of Maritime Affairs and Fisheries states that two manta ray species, Manta birostris and Manta alfredi, now enjoy full protection throughout their entire life cycle. The decree explicitly extends that protection to all parts of their body.

“As the world’s largest archipelagic nation, it is important for Indonesia to maximize economic returns from our marine resources,” said Sharif Sutardjo, Indonesia’s Minister of Marine Affairs and Fisheries. “This action will fully protect both species of manta rays in Indonesian waters and ensure improved management of their populations.”

During the last decade, demand for manta ray gill rakers—the small structures the fish use to filter zooplankton from the water—has increased. The dried organs are a popular item in southern China where they are used in a soup believed to have many heath benefits including boosting the immune system and killing cancer. Historically, the ingredient was never a part of traditional Chinese medicine, and no scientific evidence exists to support any of the purported health benefits, according to research conducted by Shark Savers and WildAid.

Mantas, which can achieve wing-spans of over seven meters, and have one of the highest brain-to-body ratios of any fish, generally reproduce once every two years. Their slow reproductive rate and long life-span make them particularly vulnerable to over fishing.

Responding to decreasing numbers, in 2013 the Convention on International Trade in Endangered Species of Wild Fauna and Flora (CITES) added mantas to Appendix II of the list of species who’s international trade must be carefully regulated. This means that by September 2014, all 178 CITES member countries will need to have measures in effect to ensure international trade is no longer a threat to the manta’s survival. 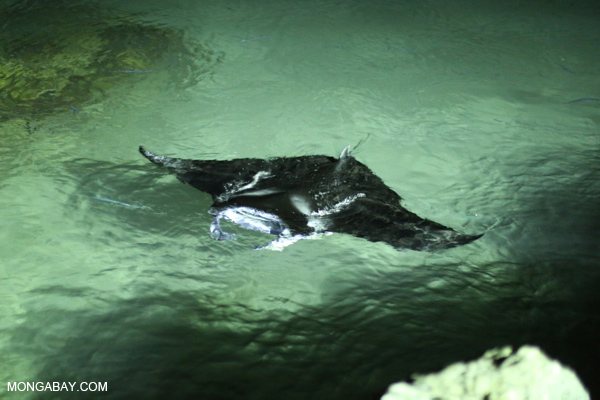 Conservation organizations working in Indonesia commend the action of the Indonesian government.

“By fully protecting these fishes, the Government of Indonesia has demonstrated its commitment to these new CITES rules while offering real hope for these species’ future in Indonesia and beyond,” said Dr. Stuart Campbell, Director of the Wildlife Conservation Society’s Indonesian Marine Conservation and Fisheries Program, in a press release.

According to WCS, several studies have “provided irrefutable evidence” that manta rays are far more valuable alive than dead. Although exact estimates vary, mantas are believed to bring in over $100 million per year globally in dive tourism, with a single fish worth as much as $1 million in tourism revenue during its 30-40 year life span. Contrast this to the current $200 price tag for a dead manta sold in Indonesia.

“Indonesia now has the second largest manta ray tourism industry in the world, with an estimated annual value of over US$15 million,” said Agus Dermawan, the Director of the Ministry’s Marine Conservation Directorate in a press release issued by Conservation International (CI). “Given the huge area of reefs and islands in our country, if managed properly, Indonesia could become the top manta tourism destination on the planet.”

Last year, the Raja Ampat regional government in Papua issued Regional Regulation No. 9/2012 which stipulates that anyone caught hunting any species of shark or manta ray will face at least six months in jail, and a fine of Rp 50 million ($4,240). Raja Ampat is one of the world’s premier dive locations, and is host to a rapidly growing tourism industry in Indonesia.

Although an important first step, regional governments can only be so effective in protecting large migratory fish such as the manta.

“The action by local governments helped jumpstart public discourse on the fate of sharks and mantas in Indonesia,” said Dr. Erdmann, CI’s senior advisor to the Indonesian Marine Program, “Those protections, though ground-breaking and extremely important, were not sufficient. Mantas are highly mobile and frequently migrate out of these sanctuary areas. These vulnerable animals require national level protection and we’re delighted the Indonesian government has taken this visionary step.” 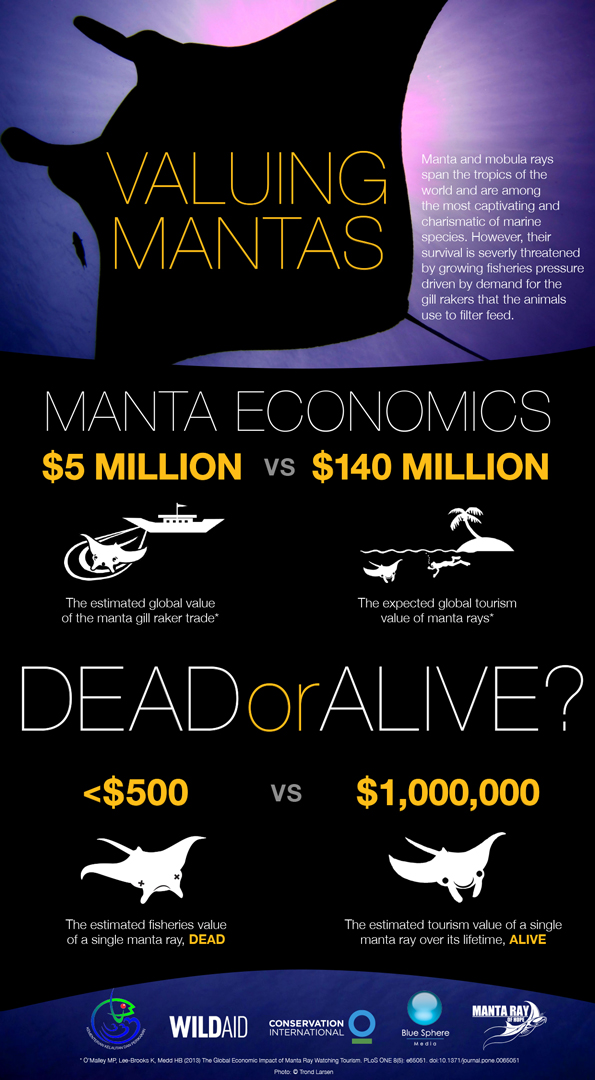