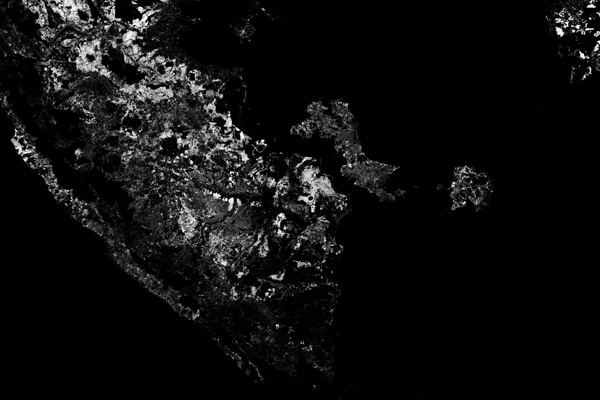 Forest cover data for Peninsular Malaysia from the dataset.

The University of Maryland, Google, and other partners have made available a trove of forest cover data for download.

While the dataset is available in a format that will most likely be used by the technically savvy, it will allow users to create derivative maps, visualizations, and aggregations. For example, a government agency could develop annual forest loss estimates at a national or sub-national level, while a conservationist could look at forest recovery in a newly protected area.

The data can also be analyzed using Google Earth Engine. 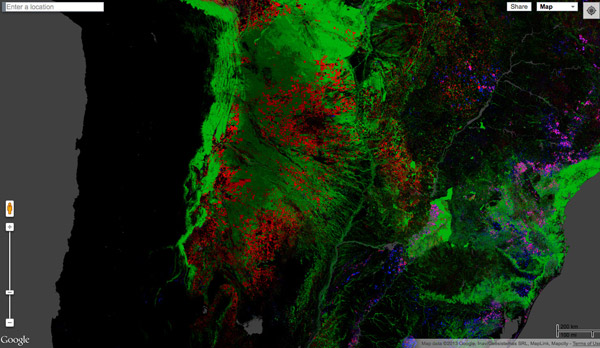 The dataset is based on analysis of 654,178 NASA Landsat images. The paper describing the research was published November 2013 in the journal Science. It concluded that the world lost some 2.3 million hectares of forest — and gained 800,000 square kilometers — between 2000 and 2012.

Matthew Hansen, a University of Maryland geographer who led the study, remarked on the power of the data when the research was published last year.

“People will use these data in ways we can’t even imagine today,” he said. “Brazil had used Landsat data to document its deforestation trends and to inform policy and they also shared their data publicly. But such data has not been widely available for other parts of the world. Our global mapping of forest cover lifts the veil—revealing what’s happening on the ground in places people could only conjecture about before.”