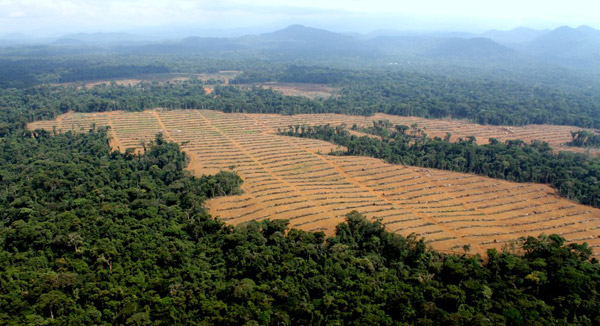 Aerial view of the Herakles concession in Cameroon. Taken in June 2013..

Herakles Farms, an American agribusiness company, has been ordered to pay $4.6 million by a court in Cameroon over alleged discrimination in its hiring practices, reports APA.

Herakles, which was recently awarded 20,000 hectares of land in southwestern Cameroon for oil palm plantations, allegedly dismissed Loxly Epie from his position as president of financial operations at Sithe Global Sustainable Oils Cameroon (SGSOC), the company’s local subsidiary. A judge in Limbe, Cameroon, ruled the dismissal was illegal, noting that Epie’s replacement — an Australian — had no experience in accounting or management.

It wasn’t immediately clear whether Herakles would contest the ruling. 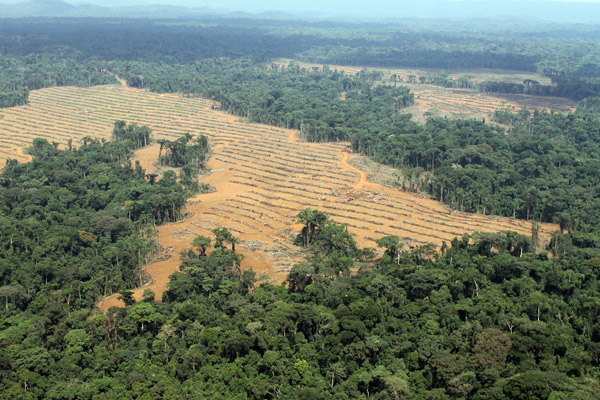 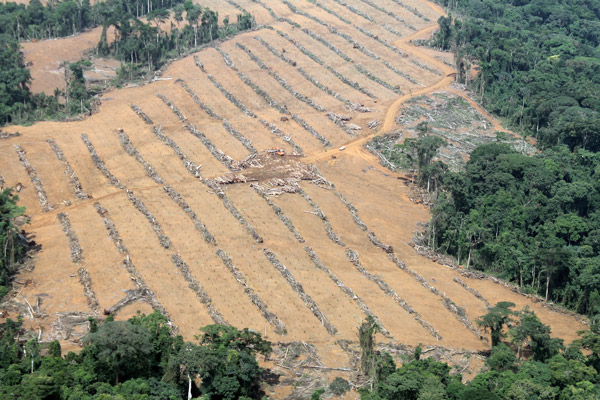 Rainforest clearing for the oil palm plantations under development by Herakles in Cameroon. Photos taken in June 2013.

Herakles has faced strong criticism from environmentalists over its plans to convert large blocks of rainforests for plantations as well as its portrayal of the project as good for wildlife and climate. The company has had to scale-back its ambitions after failing to win a license for the full 73,000 hectares originally targeted for the project.

Herakles received other bad news last month when its founder and former chief executive, Bruce Wrobel, was found dead in an apparent suicide, according to The Wall Street Journal. He was 56.

Editor’s note: this story was amended Jan 9. APA stated “Blessed Okoye” was the dismissed employee, but court documents indicate that “Loxly Epie” is the plaintiff’s name.