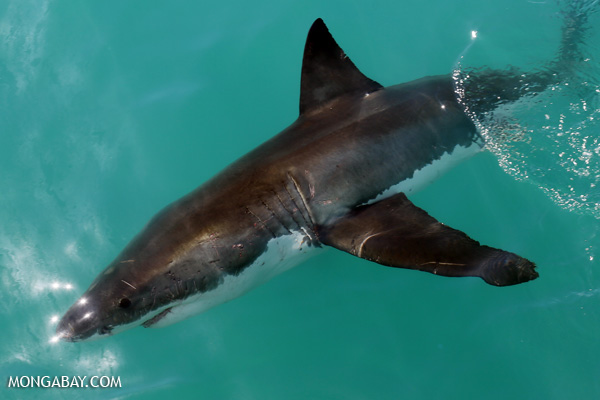 One quarter of all shark and ray species are threatened with extinction, according to a new study published in the open-access journal eLife. The paper analyzed the threat and conservation status of 1,041 species of chondrichthyans—the class of fish whose skeletons are made of cartilage instead of bone which includes sharks, rays, skates and chimaeras—and found this group to be among the most threatened animals in the world.

The collaboration between 300 scientists from 64 countries reports, “the main threats to chondrichthyans are overexploitation through targeted fisheries and incidental catches (bycatch), followed by habitat loss, persecution, and climate change.”

The authors pinpoint two areas with greater than expected threat levels: the Indo-Pacific Biodiversity Triangle and the Red Sea. The former is among the most biologically and culturally diverse areas on the planet, but is also among the least-regulated.

“The Indo-Pacific Biodiversity Triangle, particularly the Gulf of Thailand, and the islands of Sumatra, Java, Borneo, and Sulawesi, is a hotspot of greatest residual threat especially for coastal sharks and rays with 76 threatened species.” The paper’s authors argue that without national and international action, the species found in this area may rapidly become extinct.

The paper cites ‘finning’—the process of cutting off the fins and dumping the body back into the ocean—as a major threat to sharks, wedgefishes and sawfishes. This practice is driven by market demands in China where shark fin soup is a highly sought-after delicacy.

“Fins, in particular, have become one of the most valuable seafood commodities,” the authors write, “It is estimated that the fins of between 26 and 73 million individuals, worth US$400-550 million, are traded each year.”

Large body size and shallow habitat are the biggest factors determining a species’ likelihood of being threatened. “The probability that a species is threatened increases by 1.2% for each 10 cm increase in maximum body length, and decreases by 10.3% for each 50 m deepening in the minimum depth limit of species,” the authors report.

In addition to targeted fishing, 20 species of shark and rays are directly threatened by pollution. 22 species are threatened by the destruction of river systems and estuaries through residential and commercial development. 12 species are at risk from the conversion of mangroves into shrimp farms, and the construction of dams and other water-control measures.

“While no species has been driven to global extinction— as far as we know,” the authors write, “at least 28 populations of sawfishes, skates, and angel sharks are locally or regionally extinct,” and “several shark species have not been seen for many decades.” 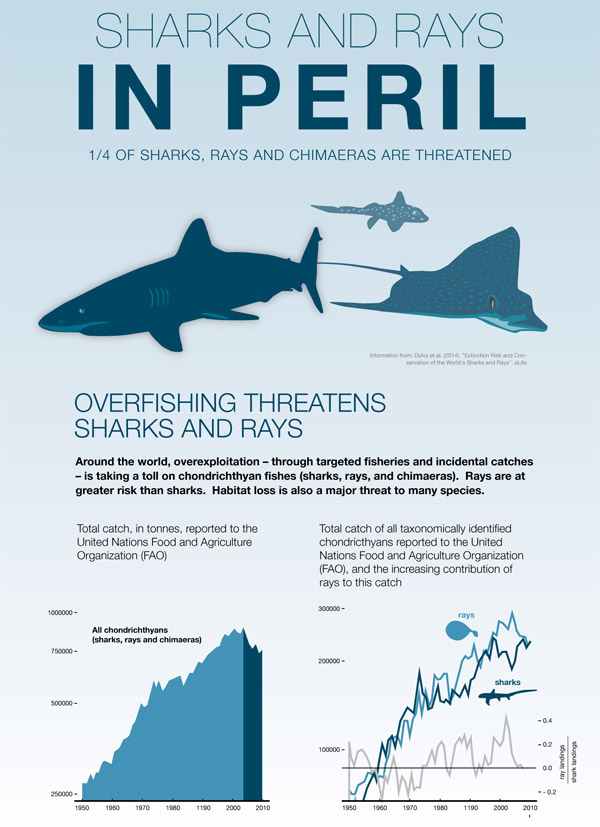