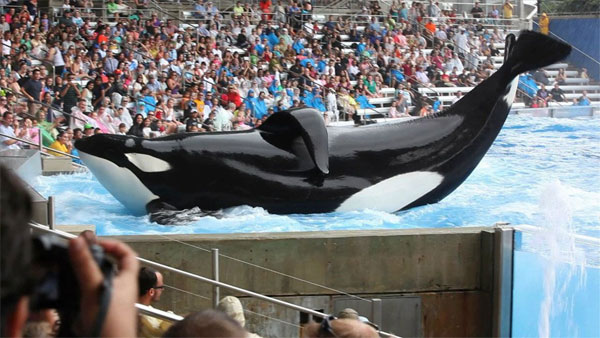 Orca at SeaWorld. Courtesy of Blackfish.

More than 27,000 people have signed a petition calling on Southwest Airlines Co. (NYSE:LUV) to drop its partnership with SeaWorld Entertainment, Inc. (NYSE:SEAS), over the theme park’s treatment of its marine mammals, reports Change.org, the site that is hosting the petition.

The petition urges Southwest to end its marketing partnership with SeaWorld, which is facing mounting criticism in the aftermath of Blackfish, a documentary that details problems with orcas at SeaWorld parks, including injuries and deaths of trainers and whales. The film also documents the process of capturing orcas from the wild, including separating calves from their mothers.

“Southwest needs to understand that they are promoting animal cruelty seen in Blackfish if they continue to partner with SeaWorld as they have done for the last 25 years,” said Robin Merritt, who launched the petition in November. “They do promotional deals, send out joint-press releases patting each other on the back, and are working hand in hand to profit from the misery of animals exploited for SeaWorld.”

Merritt and other activists are planning to present the petition to Southwest at the airline’s corporate headquarters at Dallas Love Field Airport on January 8th.

“Southwest Airlines was founded on the principles of love, the golden rule, and treating others with kindness and respect,” said said Alexandria Beck, a petition signer and protest organizer who plans to attend the event on Wednesday. “Your 25-year partnership with SeaWorld—where dolphins, orcas, and other aquatic animals are taken away from their families and forced to spend their entire miserable lives in captivity—is completely out of line with Southwest’s code of ethics.”

“More than half of the votes appeared to have come from a computer, or computers, at SeaWorld itself,” said CNN of the poll. 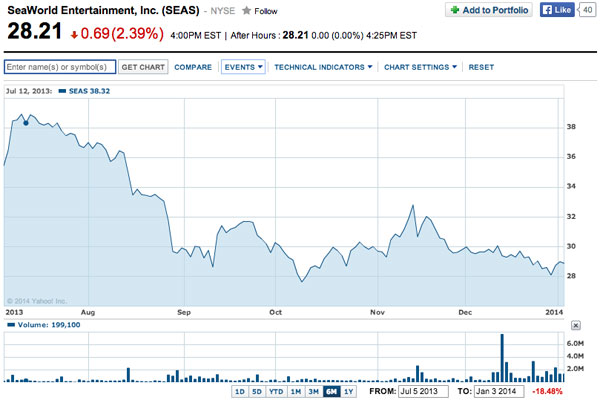 The bad press may be starting to affect SeaWorld financially: since the film was released, its stock is down 24 percent, despite a rising stock market.