The state of the REDD+ carbon market in 2012

Logging, conversion to plantations and agriculture, and other drivers of deforestation account for roughly ten percent of anthropogenic greenhouse gas emissions

The market for carbon credits generated under projects that reduce emissions from deforestation and forest degradation (REDD) showed signs of stabilizing in 2012 after a sharp drop in 2011, finds Forest Trends’ new assessment of the global forest carbon market.

The report, titled State of the Forest Carbon Markets 2013, shows that offsets representing 8.6 million metric tons of carbon dioxide were transacted in 2012, a 16 percent increase over 2011. But the average value of each credit dipped 8 percent from $8.50 to $7.80. Nonetheless the activity suggests the market of REDD+ credits may have stabilized after the volume fell 62 percent between 2010 and 2011 in the aftermath of largely failed climate talks in Cancun, Mexico.

REDD+ credits, which proponents hope will create financial incentives to keep forests standing instead of chopping them down for commodities, represented about 31 percent of the overall market for carbon credits generated by forestry projects in 2012. Afforestation and reforestation projects accounted for about an equivalent share of carbon offsets, followed by agriculture and agroforestry projects (20 percent) and “improved forest management” (IPM) projects that aim to reduce the impact of logging operations (18 percent). 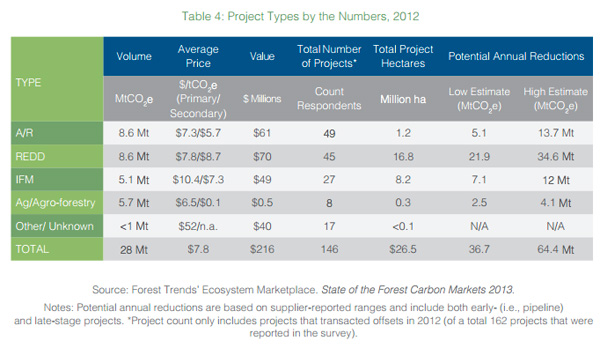 Project Types by the Numbers, 2012 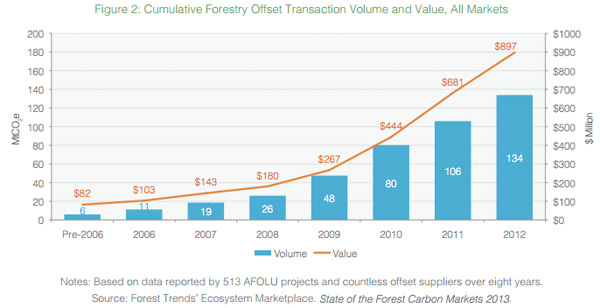 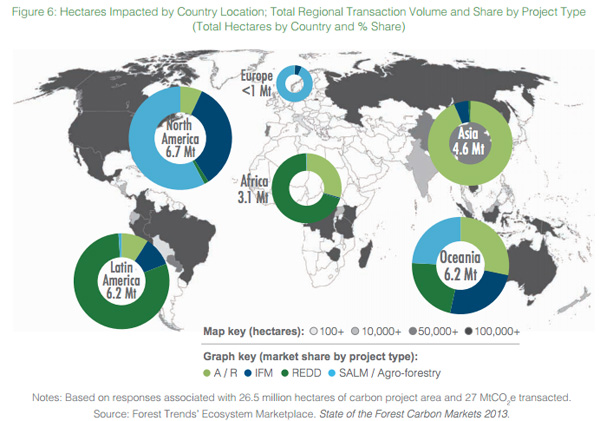 But while REDD+ seems to have stabilized over the past year, data in the report suggests a massive supply glut looms in the near future. Despite reporting that they only managed to sell 36 percent of their available offsets in 2012, project developers are planning to bring another 1.3 billion tons of REDD+ offsets to market in the next five years — 150 times last year’s volume. Unless demand for REDD+ credits ramps up quickly — through either compliance markets or a massive expansion of corporate social responsibility programs — developers could shortly find a market swamped with offsets. At present nearly all demand for REDD+ credits is driven by the voluntary market.

The report thus suggests continuing market uncertainly for the REDD+, despite some recent progress to address concerns over safeguards; monitoring, reporting, and verification; and other issues that have plagued REDD+ from the outset.

Key charts from the report 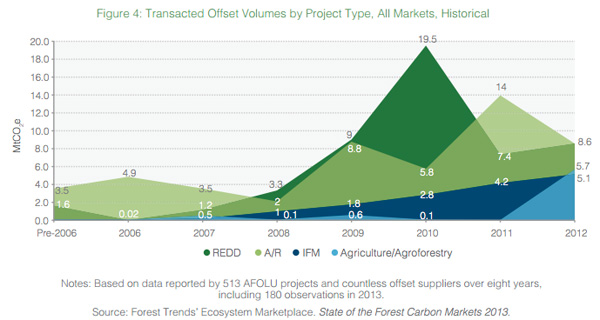 Volumes of offsets by project type. 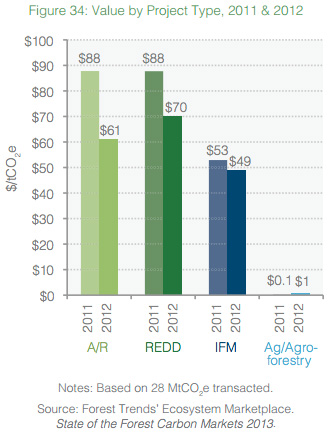 Comparison of Project- and Country-level Forest Finance, All Years. 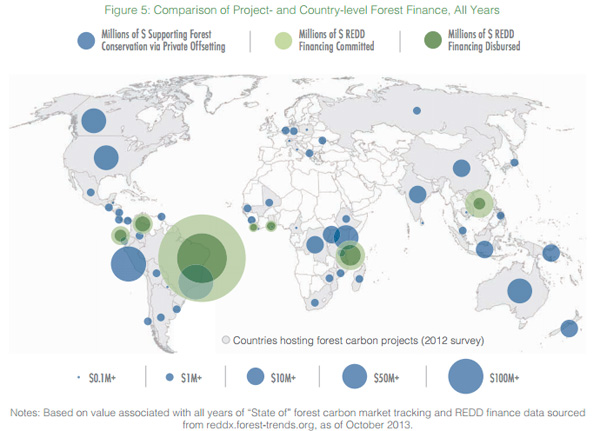 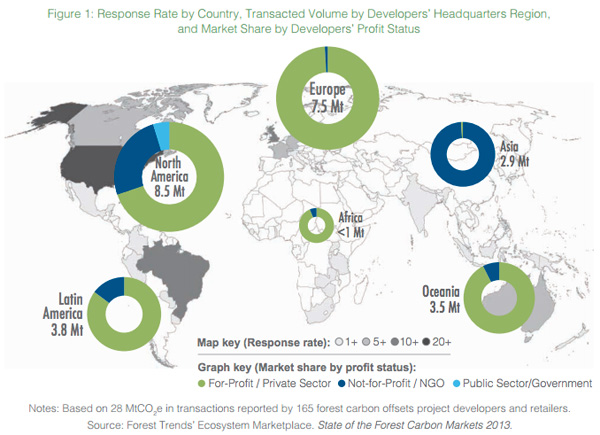 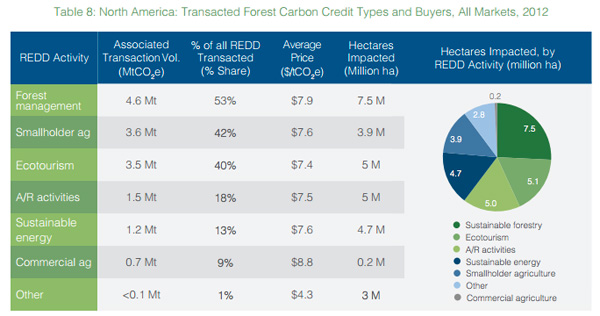 REDD Activity. About half of all transacted REDD offsets were sourced from projects that engage in “sustainable
forest management” to reducing the impact of logging operations. Some critics of REDD+ fear that without proper safeguards, REDD finance could effectively subsidize logging in old-growth forests. 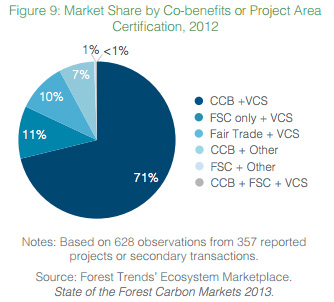