Mongabay.org, a non-profit that aims to raise awareness about social and environmental issues relating to tropical forests and other ecosystems, has announced the first winner of its environmental reporting prize under its Special Reporting Initiative (SRI) program.

The prize sought proposals to explore the question of “What’s the next big idea in tropical biodiversity conservation?”. After a two-month application window and a month of deliberations, this week an independent panel of journalists, conservation practitioners, and tropical forest specialists selected environmental journalist Wendee Nicole as the first recipient of the Mongabay Prize for Environmental Reporting.

Nicole’s reporting will examine the wider topic of innovation in tropical biology conservation, with focus on polycentric governance in Uganda and Peru. Her work will center around the late Nobel Prize-winning economist Elinor Ostrom’s theories of polycentric governance and decentralization: putting power in the hands of locals. Nicole will spend time in both countries, interviewing on-the-ground actors and looking at the struggle to combat poverty while preserving shared resources like forests and biodiversity. In the process, Nicole will produce a series of articles on what’s working and what’s not in the world of forest conservation. 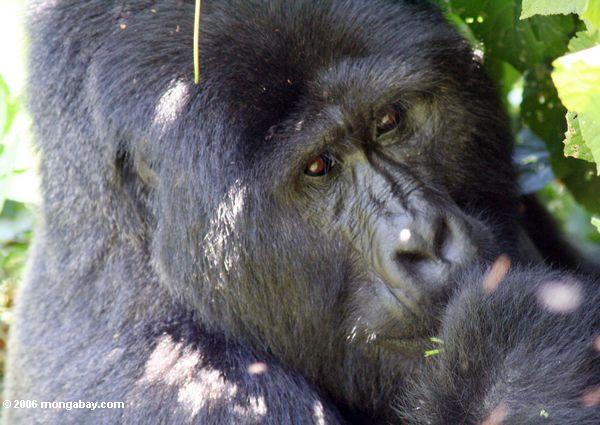 A Mountain Gorilla in Bwindi Impenetrable National Park, Uganda where some of Nicole’s research will take place. Photo by Rhett A. Butler / mongabay.com

Nicole has been a freelance writer for more than 16 years, publishing in National Wildlife, Scientific American, Discover, Nature and other magazines. In April 2013, American Society of Journalists and Authors awarded Nicole top honors for her piece Did Tap Water Kill Lou Gehrig? in Pacific Standard (formerly Miller-McCune). The judges said of the article, “science writing as it should be: sharp, clear prose that builds into a great story about an intriguing, sophisticated topic.” 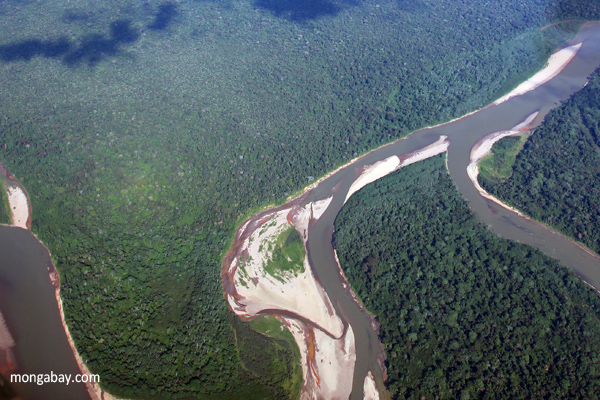 Nicole will also look at whether polycentric governance in the Peruvian Amazon is being effectively employed in conservation approaches like payments for ecosystem services (e.g. the REDD+) programs. Photo by Rhett A. Butler / mongabay.com

Mongabay.org officially launched the SRI program in September 2013. The program is structured as a competitive journalism prize that enables reporter to do a series of in-depth articles on a particular environmental issue. The value of the SRI is that it enables high-quality, detailed, and potentially investigative reporting on a subject that may be otherwise overlooked by the media.

To date Mongabay.org has lined up eight SRI projects that will be announced in coming months, including three December 1st: policy fixes in marine fisheries management in relation to environmental protection, community forestry as a climate change solution, and cleaning up commodity supply chains. 2014 topics include the benefits of protected areas in the Amazon, the environmental impact of food insecurity and waste in Africa, and effectiveness of certification / commodity roundtables among others. Sign up for the SRI newsletter to get an email each time a new opportunity opens.