Authorities in Costa Rica have identified a new method used by fishermen to circumvent a ban on killing sharks for their fins.

According to an INTERPOL alert, fishermen are now leaving a band of skin to keep the fin attached to the spine when they kill sharks. This approach takes advantage of an apparent loophole in regulations governing the shark fin trade.

“This method is aimed at circumventing legislation banning finning which states that the fins of the shark must be ‘naturally attached’ to the body,” said INTERPOL in a dispatch known as a Purple Notice, which provides information on approaches used by criminals to further their trade. 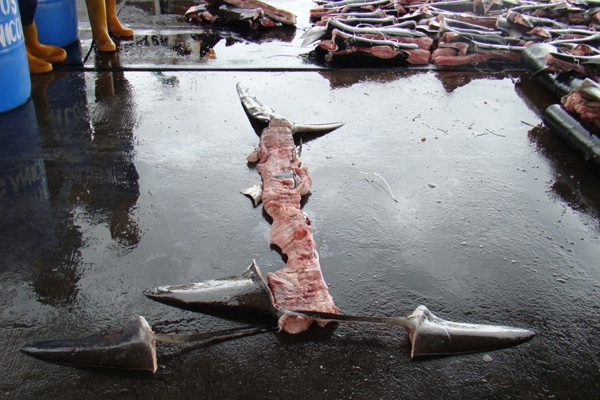 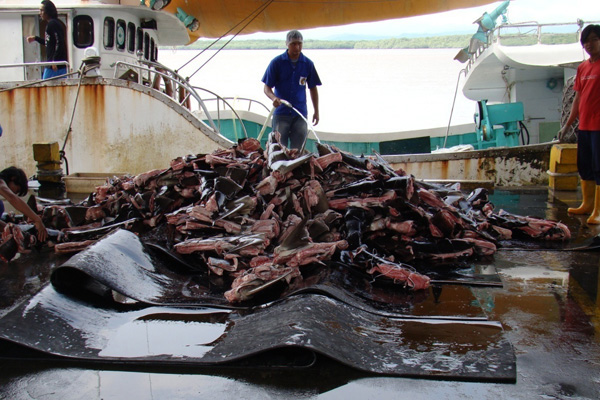 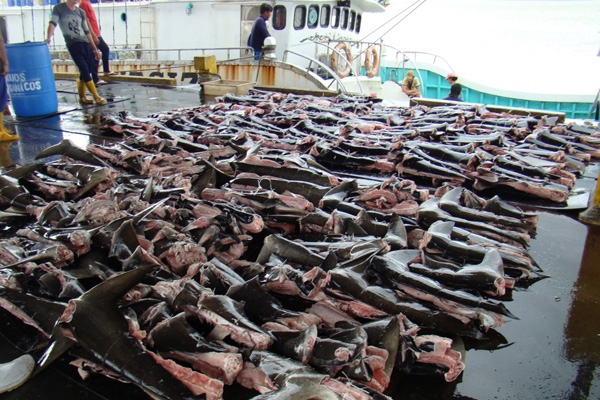 Shark finning technique where only a band of skin to keep the fin attached to the spine is retained and the remainder of the body discarded at sea. This method is aimed at circumventing legislation banning finning which states that the fins of the shark must be ‘naturally attached’ to the body. Images courtesy of INTERPOL.

The shark fin industry has surged since the 1990’s due to rising consumption in East Asia, where shark fin is considered a delicacy and believed to have curative properties. But campaigns over the past two years, coupled with a series of countries, states, and municipalities banning the sale and trade of shark fin, seem to have diminished demand as measured by falling prices for shark fin in Hong Kong and Chinese markets.

Nonetheless the toll of the fin trade on sharks is still immense: more than 30 million — and up to 100 million — sharks are thought to be killed on an annual basis. 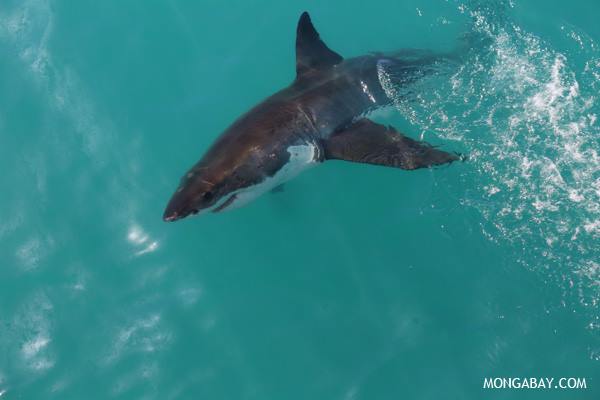 (07/09/2012) The death of one of the world’s largest recorded whale sharks (Rhincodon typus) in the Arabian Sea provoked a sudden global interest in these massive shark. Weighing 14.5 tons, the fish in question made ‘whale shark ‘whale shark’ the number 3 top search in Google Trends on the day the news hit. But, according to a new study in mongabay.com’s open access journal Tropical Conservation Science, more than half the reports filed by journalists were “factually wrong.”