Forest loss in Indonesia has sharply risen over the past 12 years, reports a new study published in the journal Science.

The study, led by Matt Hansen of University of Maryland, finds that Indonesia lost 15.8 million hectares between 2000 and 2012, ranking it fifth behind Russia, Brazil, the United States, and Canada in terms of forest loss. Some 7 million hectares of forest regrew during the period.

But of the top five forest countries, Indonesia had by far the highest percentage rate of forest loss at 8.4 percent. By comparison, Brazil lost only half as much on a proportional basis. 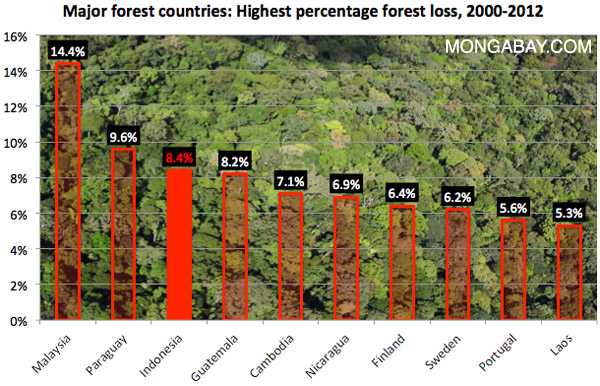 98 percent of the archipelago’s forest loss occurred in dense forest areas in Sumatra and Kalimantan (Indonesian Borneo), where industrial tree plantations and oil palm estates have rapidly proliferated over the past 20 years. Riau Province was particularly hard hit, as an animation released by the authors shows:

Deforestation is also on the rise in the country. In 2011/2012 forest loss reached the highest level since the late 1990’s despite a nationwide ban on new concessions in 65 million hectares of primary forest areas, peatlands, and protected areas. The data suggests the forestry moratorium, which was implemented as part of the country’s commitment to reduce emissions from deforestation and forest degradation, may be failing to deliver as hoped. 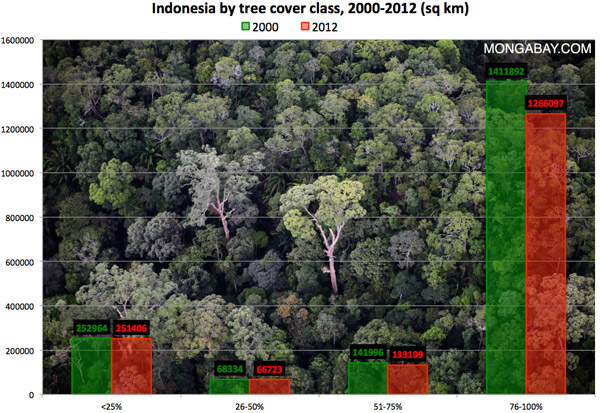 The results are a stark contrast to numbers released earlier this year by Indonesia’s Ministry of Forestry, which claimed that deforestation has fallen on an annual basis since 2005/2006. But the difference between the estimates could be partly methodological — the Ministry of Forestry estimate ignores deforestation on land outside the area it manages and excludes conversion of natural forest to timber plantations, which are classified as “forest.” 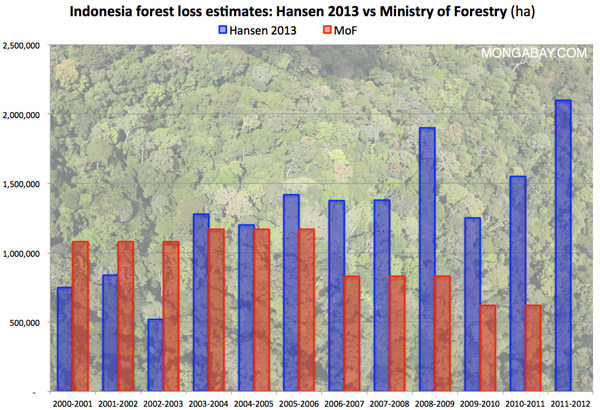 The new data, which is based on the rendering of 650,000 NASA Landsat images by Google Earth Engine, a computing cloud run by the Internet giant, is published as a comprehensive database represented as an interactive global forest map. The tool is freely available at earthenginepartners.appspot.com/science-2013-global-forest.

Hansen, who has published a number of papers on deforestation trends, says he hopes the map can help countries develop better policies for reducing forest loss.

“This is the first map of forest change that is globally consistent and locally relevant,” Hansen said in a statement. “Brazil used Landsat data to document its deforestation trends, then used this information in its policy formulation and implementation. They also shared these data, allowing others to assess and confirm their success.”

“Such data have not been generically available for other parts of the world. Now, with our global mapping of forest changes every nation has access to this kind of information, for their own country and the rest of the world.” 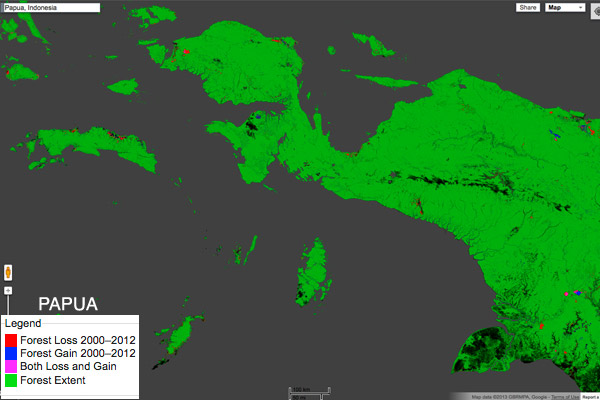 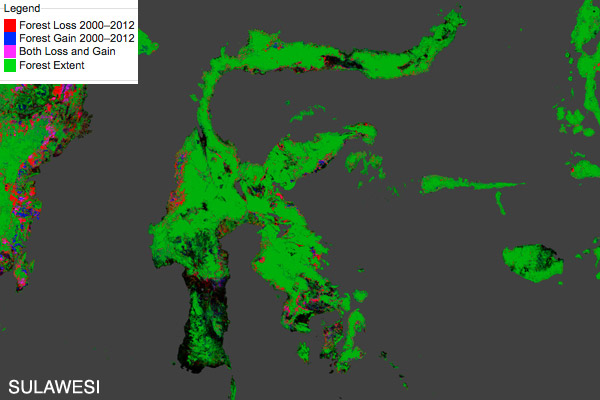 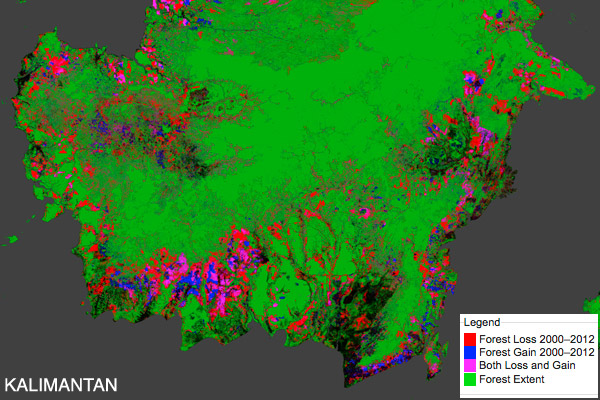 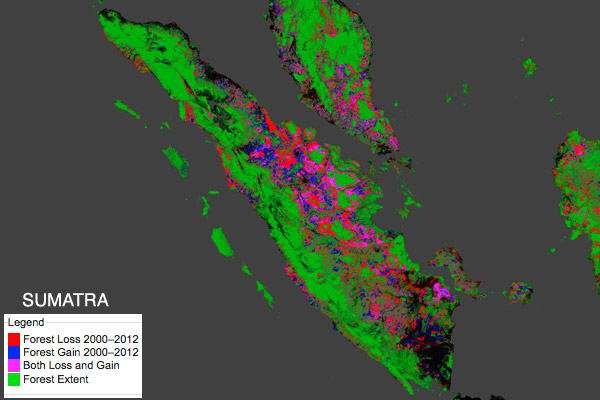 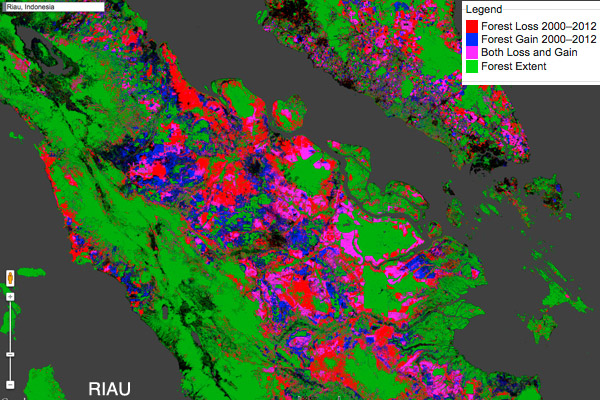