The Amazon rainforest is so vast, and so diverse, that seemingly simple questions— such as which species of trees are most common— remain unanswered. Researchers are finally seeing the forest and the trees after an international collaboration of 120 scientists teamed up to compile the largest tree survey ever assembled from the Amazon.

The report, from the Oct. 18 issue of Science, estimates that about 16,000 tree species grow in the world’s largest rainforest. To the surprise of scientists, however, just 227 “hyperdominant species” account for half of all the trees. The findings may inform future studies of how the rainforest adapts to climate change.

Hans ter Steege, a tropical forest ecologist at the Naturalis Biodiversity Center in the Netherlands, recruited researchers to join the Amazon Tree Diversity Network. Hundreds of scientists labored for years to count and identify more than 500,000 trees in 1,170 study sites scattered throughout the rainforest. Team members extrapolated the total number of tree species in the Amazon and projected habitat ranges for the most common species.

“For the first time, we can estimate the population sizes of so many species,” ter Steege told mongabay.com. “I think we’ve given the Amazon a face.” 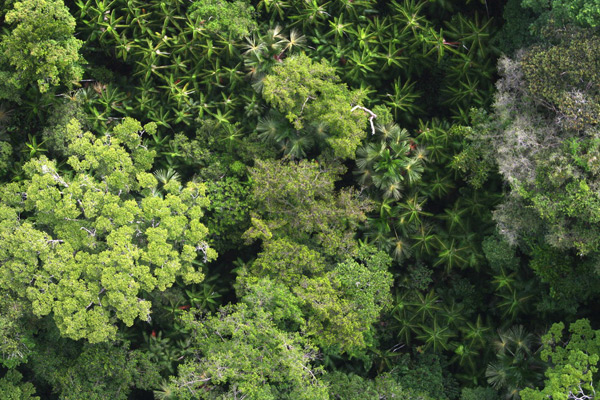 The 227 hyperdominant species represent less than 2 percent of the total tree varieties that researchers encountered—far fewer than the 1,000 species ter Steege had expected. Most such trees thrive only in specific habitats, such as swamps or white-sand forests.

The most common canopy member is a palm tree, called Euterpe precatoria. The forest is also flush with Brazil nut trees and their relatives, and members of the Nutmeg family. 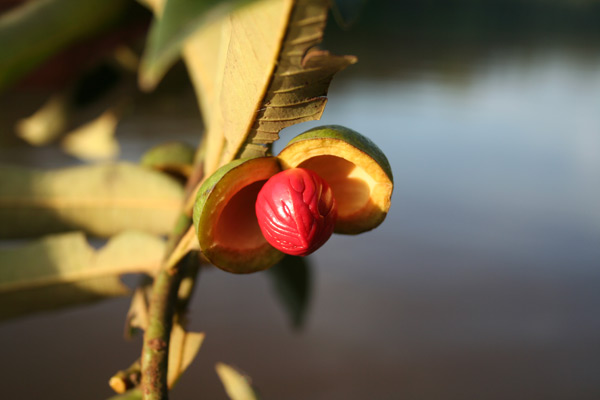 A member of the Nutmeg family, Virola surinamensis, bears red fruit at the Mamiraua Reserve in Brazil. Photo by F. Wittmann.

To gauge how many species they missed, the researchers used a mathematical projection that ranked the species in order of how often they were found. The model then estimated how many more species were too scarce to even show up in plots. The projection predicted that 11,000 species escaped detection. More than half of them have populations of fewer than 1,000 trees, the scientists believe.

These mystery trees are the most susceptible to extinction through deforestation or climate change, the team stated. They qualify for the International Union for Conservation of Nature (IUCN) Red List of Threatened Species.

“It is a very impressive piece of work,” Chris Dick, a tropical forest ecologist at the University of Michigan, told mongabay.com. The tree estimates are accurate, he said, but they overlooked two major plant groups: shrubs and woody vines. “There might be an equal number of species—or more—that are just understory species,” Dick said.

Ter Steege is working with the World Wildlife Fund to pinpoint which tree varieties are protected in reserves and which are most at risk. He hopes to guide conservationists in consolidating existing parks or creating new ones to protect the rarest forest denizens.

The study cannot predict how the rainforest will respond to climate change. But it does help researchers focus their efforts on species most responsible for cycling carbon and water through the forest, said co-author Ken Feeley of Florida International University. “It gives me hope,” Feeley told mongabay.com. “It makes it much more of a tractable problem.” 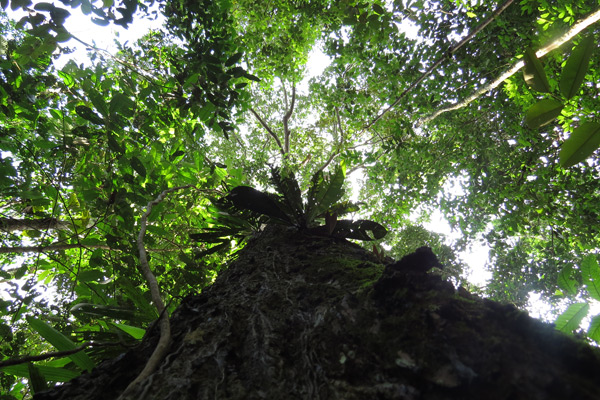 Patricia Waldron is a graduate student in the Science Communication Program at the University of California, Santa Cruz.