Aiming to avoid deforestation, Unilever to trace all palm oil it sources

In a move that represents a significant development for efforts to reduce the environmental impact of palm oil, consumer products giant Unilever today announced it will be able to trace all of the palm oil it sources by the end of 2014.

The policy is notable because at present few major companies know where the palm oil they buy ultimately comes from. They may source from suppliers certified under the Roundtable on Sustainable Palm Oil (RSPO), an eco-certification initiative, or buy GreenPalm certificates representing physical certified palm oil, but the palm oil that actually arrives in their warehouses and factories may not be from plantations that follow strict social or environmental criteria. The reason: as a bulk commodity, palm oil from both certified and uncertified sources is typically mixed during the journey from its point of origin.

Implementing a traceability system means that by the end of next year, Unilever will able to pinpoint the origin of its palm oil back to the plantations that produce the fresh fruit bunches that are milled into the widely-used vegetable oil. Traceability will enable Unilever, should it choose, to set criteria that go beyond current industry standards, potentially excluding deforestation and peatlands conversion from its supply chain.

Deforestation for an oil palm plantation in Sabah, Malaysian Borneo

Unilever announced the commitment in a joint statement with WWF, which runs a “Market Transformation Initiative” to move companies operating within sensitive sectors toward less-damaging practices.

“Market transformation can only happen if everyone involved takes responsibility and is held accountable for driving a sustainability agenda. Our progress has been made possible by the commitment and efforts of a number of our strategic suppliers,” said Marc Engel, Unilever’s Chief Procurement Officer. “We will continue to engage with our suppliers, NGOs, governments, RSPO, end users and other industry stakeholders to develop collaborative solutions to halt deforestation, protect peat land, and to drive positive economic and social impact for people and local communities.”

Unilever is among the world’s largest buyers of palm oil, purchasing some 1.5 million tons — 3 percent of global production — annually for its food (e.g. Ben &amp Jerry’s Ice Cream) and cosmetics products (e.g. Dove). The company has been at the forefront of the push improve the environmental performance of palm oil production, including serving as a founding member of the RSPO in 2004 and setting a 2015 target for sourcing 100 percent of its palm oil from certified producers. But its leadership role has at times left it open to criticism from environmental groups targeting weaknesses and loopholes in certification standards. These confrontations — notably 2008 demonstrations where Greenpeace activists dressed in orangutan outfits invaded various Unilever facilities — have ultimately led the company to adopt stronger policies.

“Greenpeace was right to attack us,” Gavin Neath, Senior Vice President for Sustainability at Unilever, said at the 2012 Skoll World Forum. “We felt we were being conscientious and were doing more than others but we were not moving nearly fast enough. Greenpeace triggered us into action.”

Unilever is currently planning to build a processing mill in Sumatra that would churn out palm-kernel oil derived only from RSPO-certified plantations. The mill would produce about 10 percent of Unilever’s annual consumption of palm oil. 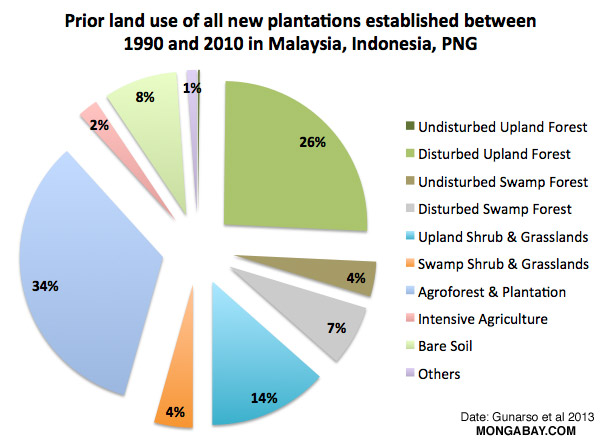 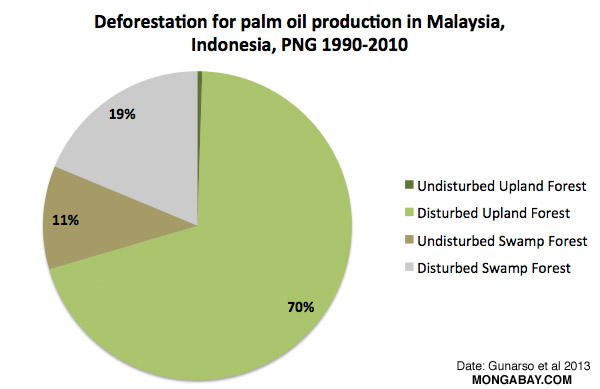 While palm oil is a highly productive crop, yielding more oil per unit of area than any other oilseed, it has come under fire because its production has taken a heavy toll on wildlife-rich rainforests and carbon-dense peat swamps in Indonesia and Malaysia, including key habitat for endangered orangutans, elephants, tigers, and rhinos. Some plantations have also been associated with forced displacement of communities, social conflict, and labor abuses.

The industry maintains its crop is a cheap source of cooking oil and has raised standards of living in poor rural areas.

Palm oil production has rapidly expanded in recent decades due to rising affluence and its growing use as an ingredient in processed foods. Up to 50 percent of packaged food products in some markets now contain palm oil. These products — and the companies that sell them — are now targets for campaigners seeking to reform production practices.