Data released this week by Terra-i, a collaborative mapping initiative, shows that deforestation in Ecuador for the first three months of 2013 was pacing more than 300 percent ahead of last year’s rate. The report comes shortly after Ecuadorean President Rafael Correa killed off a proposed plan to prohibit oil drilling in Yasuni National Park in exchange for payments equivalent to half the value of the park’s unexploited oil reserves.

Terra-i, a collaboration between the International Center for Tropical Agriculture (CIAT) in Colombia, The Nature Conservancy (TNC), the School of Business and Engineering (HEIG-VD) in Switzerland and King’s College London (KCL), uses NASA satellite data to detect deforestation in Latin America on 16-day basis. The system shows that between Jan 1 and Mar 7 this year, some 9,075 ha of Ecuador’s forests were cleared. By comparison, 2,931 ha of forest were chopped down during the year-earlier period. 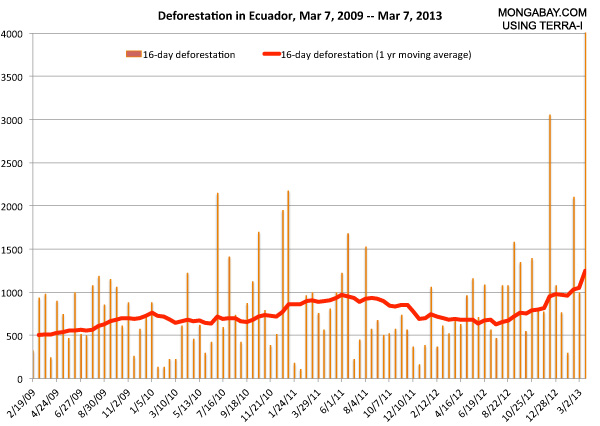 Between January and March 2013, two-thirds of the loss occurred within the country’s tropical lowland forests, the most carbon-dense and species-rich ecosystem in the country. Nearly 5,000 hectares of forest was cleared in the region where Yasuni National Park is located.

Yasuni was the centerpiece of an ambitious — and controversial — project presented by Correa to the U.N. in 2007. The plan called for a ban on oil extraction in the park in exchange for payments to leave the crude in the ground. Correa had sought $3.6 billion in contributions — equivalent to roughly half the value of the 846 million barrels of oil estimated to lie under the rainforest reserve — but managed to raise only $13 million in deposits (some $330 million was pledged). Contributions came mostly from private donors and the U.N. 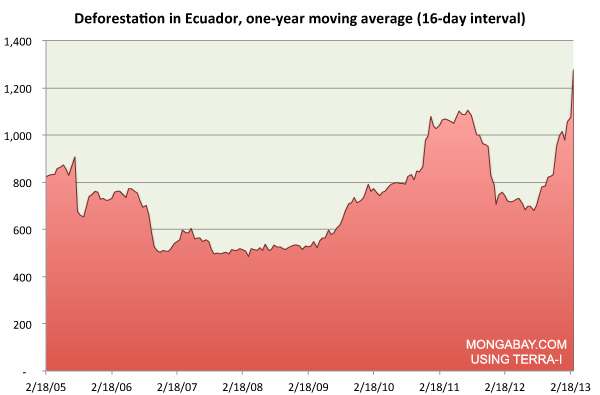 The failure to attract intergovernmental institutions and governments was effectively a nail in the coffin for the concept, which banked on the desire of Western governments to keep 407 million metric tons of carbon dioxide out of the atmosphere while protecting an area of forest that scientists say may be the richest in the Amazon. The biggest setback came in June 2011 when Germany pulled out of a $50 million commitment to the program. Since then, progress on the initiative has largely stalled. Chief stumbling blocks were concerns over how Ecuador would use the funds generated under the initiative, risk of political instability, and whether Correa would abide by his promises.

According to U.N. data, Ecuador had one of the highest rates of deforestation in South America during the 2000’s, losing 1.8 percent of its forest cover annually. 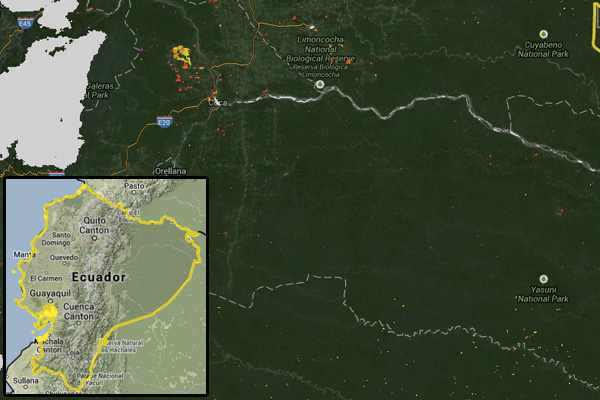