Journey to the Edge of Eden: the struggle to preserve Southwest Florida

Gary Schmelz discusses at length the conservation history of how Florida conserved the Everglades, Big Cypress Swamp and Ten Thousand Island National Wildlife Refuge. He also interweaves a wonderful personal story of his relationship with his father and how his father impacted and supported Gary Schmelz’s passion for conservation. 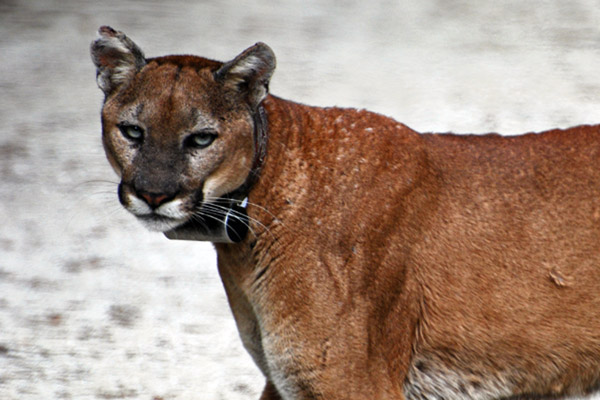 Mongabay: While writing a Journey to the Edge of Eden, did you realize how interwoven the personal stories of your youth and your relationship with your father were with the conservation history of Southwest Florida?

Gary Schmelz: Yes, I did. Although raised in the city, the outdoor adventures we had together helped me understand and appreciate the wonders of the Southwest Florida environment and the need to conserve it for future generations.

Mongabay: What do you see as the most significant opportunities to continue to conserve species in Southwest Florida?

Gary Schmelz: Through a variety of education programs for children and adults. These should include lectures and films as well as field trips to observe and interact with the natural environments in which these life forms live. Through these activities we should be able to develop an understanding of the importance of the connections between us and the creatures we share this world with.

Mongabay: What conservation successes do you celebrate from your experiences working in Southwest Florida?

Gary Schmelz: Salvaging the Big Cypress Nature Center so that its education programs could be passed on to future generations of children in Southwest Florida. Helping establish the Biscayne Nature Center in Dade County, Florida, whose education programs support Marjorie Stoneman Douglas’s efforts to preserve the Everglades. Lastly, providing the guidance and support that was needed to help insure the development of Junior Audubon’s wild animal rehabilitation program, which is now being overseen by the Conservancy of Southwest Florida. It has meant the successful return of thousands of wild animals to their natural environment and heightened public awareness of environmental problems faced by local wildlife.

Mongabay: What are your favorite naturalist misadventures from a Journey to the Edge of Eden? 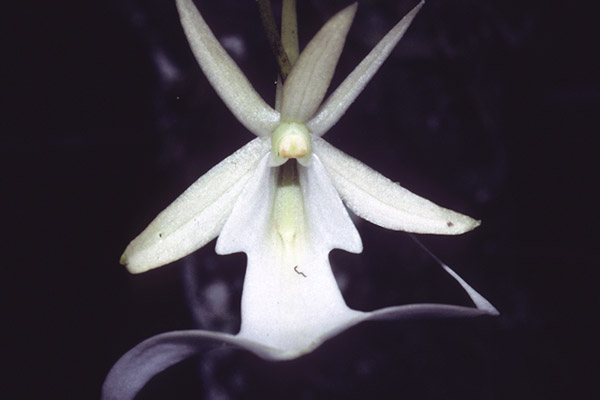 A ghost orchid in Florida. Photo courtesy of Gary Schmelz.

Gary Schmelz: The evening we went night seining on Marco Island to study the fish population off of Tigertail Beach. When I saw the dorsal fin of a bull shark heading towards me at the deep end of the seine I felt sure I was going to become its dinner. I also don’t think I’ll ever forget the expression on my father’s face when the alligator he stepped on surfaced in front of him as we were exploring a pond apple swamp for the new nature center; I still find it hard to believe a 74-year-old man could move that fast.

Mongabay: Which species in Southwest Florida are of particular conservation concern to you that most institutions and individuals are not aware of?

Gary Schmelz: Intertidal and near shore marine species and those that live along the continental shelf. In some ways we take the species that live in these areas for granted and don’t pay enough attention to the harm we do to them. Most of us love to eat shrimp but very few of us think about the damage trawlers do to the benthic environment and the life forms that live in this habitat. Mud flats surrounding marshes, swamps, and beaches are often seen as yucky, foul smelling places, but the worms and serpent stars that live here are just as important as the whales that cruise off our coasts or the panthers that wander through our forests. All life forms are interconnected with one another, including us, and we need to understand this connection if we are going to survive as a species.

Mongabay: How would you encourage others to support conservation of species in Southwest Florida?

Gary Schmelz: Volunteer for conservation organizations and provide them with monetary support. Among the organizations in this area are The Friends of the Fakahatchess, Collier Audubon, National Audubon’s Corkscrew Swamp Sanctuary, the Everglades Foundation, and of course The Conservancy of Southwest Florida.

Mongabay: How do you balance demand for housing development with demand to conserve ecosystem services in Southwest Florida?

Gary Schmelz: Houses and other structures should be built where they have the least impact on the environment. In South Florida, we need to purchase more wetlands and establish wilderness corridors that will enable animals to migrate from one region to another without becoming flattened fauna. A lot of Southwest Florida’s beaches and barrier islands have already been developed, but some of these areas could be restored if insurance programs would no longer offer coverage to people that live on the coast or at least not reinsure new construction. The gradual retreat of people away from beaches would also reduce the number of beach renourishment programs. Beach renourishment can be very costly and it can cause major damage to offshore benthic marine life by the destruction of marine habitats. 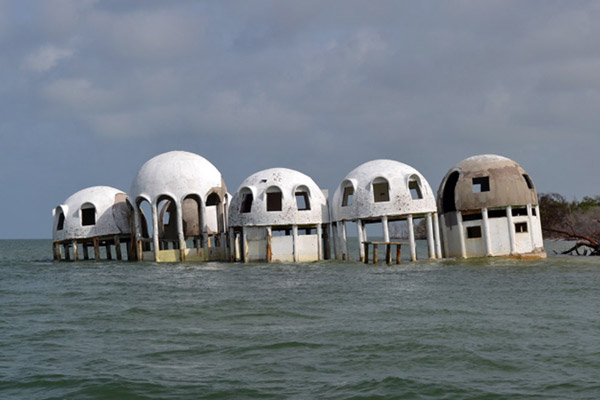 Climate change is rapidly raising sea levels in Southern Florida. Here dome houses lie submerged that were once a quarter mile from the beach. Photo courtesy of Gary Schmelz.

Gary Schmelz: Non-native species that successfully establish themselves in an environment can become extremely disruptive to that ecosystem. An exotic species like the Burmese python, for example, will compete for food with native species like the Florida panther and contribute to their demise. However, it is the exotic insect and molds that do the most damage. We need to do a better job of preventing those life forms from getting into Florida by more thorough inspection programs for private and commercial flights, cargo and cruise ships, and yachts. Currently, there is an exotic weevil that is doing extensive damage to the state’s air plants, and I have seen some areas where this insect has reduced the air plant population by nearly 70%. Attempting to eradicate invasives is diverting funding that could be used for efforts such as Everglades restoration.

Global warming is causing the sea level to rise, accelerating the erosion of beaches and threatening coastal structures. The only solution to preserving these structures is beach renourishment, which has a negative impact on offshore benthic life forms such as grouper and stone crabs through destruction of their habitat. Habitats like the Everglades and Big Cypress Swamp will also be impacted by the sea level rise generated by global warming. If you look at Florida’s geologic past you see that these regions were once covered by a shallow ocean and in all likelihood this is what will happen to this region again, but at a much faster pace than in the past. 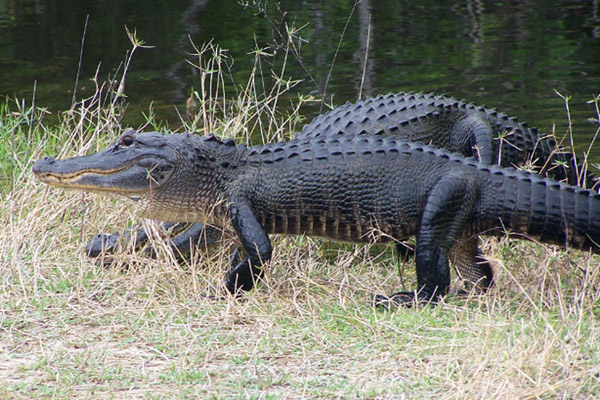 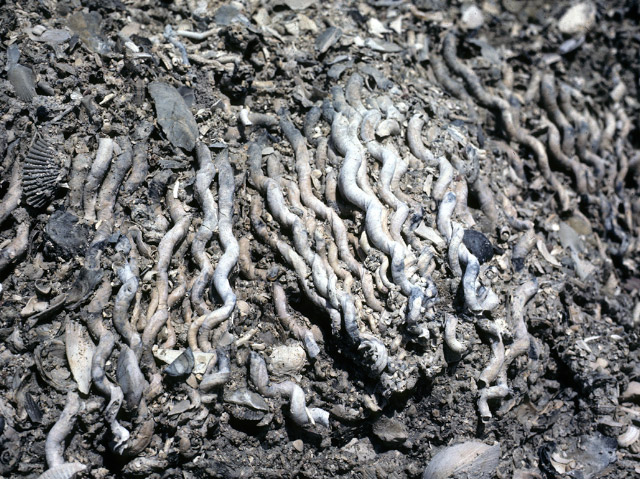 Paperback: Journey to the Edge of Eden

The iguana man: saving the reptilian kings of the Bahamas

(08/01/2013) Before the arrival of humans—with their dogs, cats, and wild pigs—the northern Bahamian rock iguana ruled its home range, being pound-for-pound among the biggest land animals on the islands. In these ecosystems, the iguana’s were the mega-grazers, the bison and elk of the Caribbean one might say. But hunting by humans, invasive species, and habitat loss knocked the king from its throne: pushing it into smaller habitats and decimating its population. Today the three subspecies of the northern Bahamian rock iguana (Cyclura cychlura) hang by a thread. And now a new threat is rising: poorly-regulated tourism, including iguana feeding.

(07/31/2013) They still call the Balkans “the Powder Keg of Europe.” For good reason too: bloody ethnic and religious conflicts in the past decades have left hundreds of thousands dead and millions displaced. As recently as 2001, the army in Macedonia was fighting with ethnic Albanians, many of them from Kosovo. However, in the past seven years a rare and charismatic wild cat – the Balkan lynx (Lynx lynx balcanicus)– is serving to unify countries with troubled historical and political relations. Albania, Macedonia, Kosovo and Montenegro are collaborating on a joint conservation strategy for the Critically Endangered animal.

(07/25/2013) Snow leopards, wild yaks and other iconic wildlife on the world’s highest mountains and great steppes are becoming “fashion victims” of the surging global trade in cashmere, new research has revealed. Scientists found wildlife being driven to the margins of survival by the “striking but unintended consequences” of huge increases in the numbers of the goats producing the luxurious lightweight wool.

(07/23/2013) Last Wednesday, bulldozers entered the Loma Charco Azul Biological Reserve (LCABR) in the Dominican Republic and began clearing vegetation for agricultural development. The move stunned local conservationists who had not been notified ahead of time of the project. Although Charco Azul Biological Reserve is home to a wealth of threatened species—including the world’s largest population of the Critically Endangered Ricordi’s iguana (Cyclura ricordi)—the destruction of the reserve was signed off by the Dominican Republic’s Minister of the Environment, Bautista Rojas Gómez.