In 2010, Bulgarian airport authorities confiscated 108 African grey parrots (Psittacus erithacus) from a smuggler. Last month, the 28 parrots who survived the stress of being stuffed into dog kennels, constantly handled by humans, and the absence of their native habitat, completed their three-year journey to freedom.

The journey began late one afternoon in 2010, Sophia Zoo employees were called to Sophia Airport, Bulgaria’s largest, to take the parrots back to the zoo’s animal rescue center.

“When we saw these birds stacked like sardines, we were so appalled,” said Irina Sahatchieva, Sophia Zoo’s international coordinator. She said the birds were packed into medium-sized dog kennels with a board dividing them horizontally in half, creating two shelves. There were 30 grey parrots on each shelf.

African grey parrots are particularly desired by illegal wildlife traders because they are highly intelligent—with the ability to mimic human voices and other sounds quickly—have longer-than-normal lifespans, and are easily tamed. The species is listed as Vulnerable by the IUCN Red List.

These parrots had been wild-caught from somewhere in Africa and transported via Lebanon to Bulgaria, without legal documentation. While Sophia Zoo quarantined them, assessing the disease risk of letting the parrots live near other animals in the zoo, more than half died from the stress of constant handling.

Sahatchieva said though the zoo wanted to return the wild-caught birds back to their home, they did not know how it would happen until an international non-profit organization, the World Parrot Trust, became involved. The World Parrot Trust spent the time and resources the zoo could not, organizing a journey for the birds from Sophia Zoo to a Ugandan wildlife sanctuary in the native habitat zone for African grey parrots.

At a release ceremony on July 10, renowned conservationist Jane Goodall pulled the string to release the grey parrots strong enough to fly into Ngamba Island Chimpanzee Sanctuary—17 of the 108 confiscated three years prior. The sanctuary continues to rehabilitate eleven other parrots that made the trip to from Bulgaria to Uganda, hoping that one day they will also be strong enough to fly off to the trees.

“We are losing forest, savannah habitat, for many of these wildlife species,” Kasoma said. “If on top of the loss of habitat we then engage in trade, we are putting these species at great risk.”

The grey parrots who made the 3,000 mile journey are doing well in their new Ugandan home according to Joshua Rukundo, a veterinarian at Ngamba Island sanctuary. Sanctuary staff monitor the parrots at feeding stations around the island, where they provide sugar cane, grains, and berries, foods to which parrots are especially partial. The grey parrots arrive to the feeding stations with the island’s wild population of parrots.

The wild parrots are helping the greys re-learn wild ways, Rukundo said. The parrots live well with one another and interact often. The wild parrots responded to the grey parrot calls while the greys underwent a quarantine process to make sure the birds were not bringing disease to the island.

“Wild parrots came every morning to the aviary,” Rukundo said.

The grey parrots will be monitored in order to assess the success of their re-introduction to wild habitat. Rukundo said there are thousands of confiscated parrots worldwide, essentially in limbo while authorities find suitable homes for birds exiting the black market. 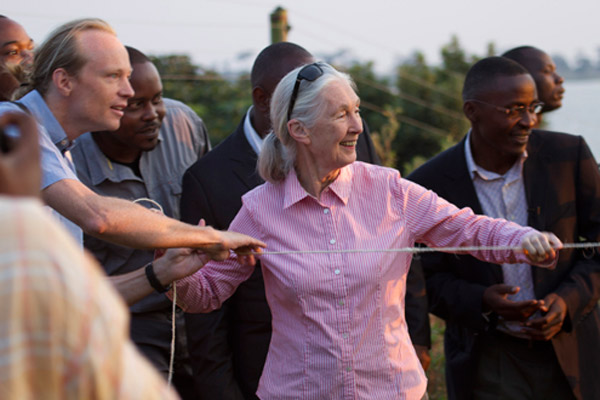 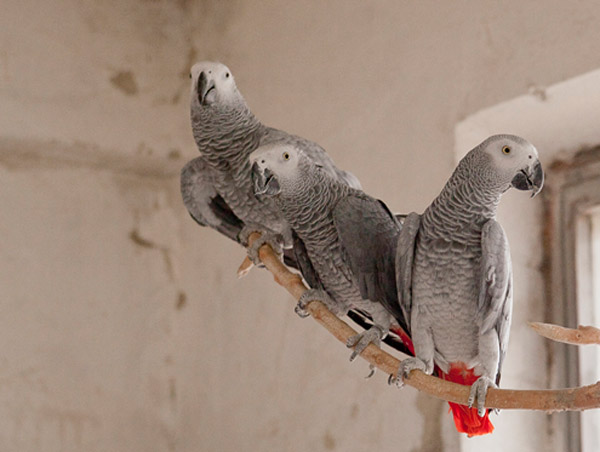 Three of the confiscated Grey Parrots at the Sofia Zoo, Bulgaria before their departure. Photo by: © Stefan Avramov.

(07/25/2013) Thirty percent of the fish exported from India in the past seven years were from dozens of threatened species including the endangered red-lined torpedo barb (Puntius denisonii) and the miss kerala look alike (Puntius chalakkudiensis) amongst others, according to a recently published paper in Biological Conservation. By documenting the extent and impact of the trade in rare and threatened freshwater fish species in India, scientists have uncovered the local scale of the aquarium pet trade.

(07/22/2013) Found in Central America’s largest forest, the Maya Biosphere Reserve, the Guatemalan organization Arcas has rescued and rehabilitated thousands of animals since its inception in 1989. Unlike many wildlife rescue centers worldwide, Arcas focuses on rehabilitating every animal for eventually release back into the wild. This means intensive training for each species, including food gathering and predator avoidance. A new short video by Arcas highlights the group’s decades-long work.