Why bioluminescent fungi glow in the dark

Aristotle (384–322 BC) reported a mysterious light, distinct from fire, emanating from decaying wood. Pliny the Elder (23–79 AD) mentioned feasting on a glowing, sweet fungus found on trees in France and, in the late fifteenth century, a Dutch consul gave accounts of Indonesian peoples using fungal fruits to illuminate forest pathways. Bioluminescent fungi have intrigued generations of observers, and a handful of scientists still carry that torch of curiosity, answering questions about how and why these mushrooms glow.

Bioluminescence, light emitted by living organisms, has been verified in only 71 of the roughly 100,000 described species in the Kingdom Fungi. These 71 species belong to four distantly related lineages occurring throughout the world, with greatest abundance in the tropics. Conspicuous temperate species include: the Jack-o-Lantern mushrooms of Europe and the North America (Omphalotus illudens, O. olearius), the ghost fungus of Australia and Asia (O. nidiformis), the moon night mushroom of Japan (O. japonicus), and various species of honey mushrooms whose mycelium causes “foxfire”—the phenomenon of glowing wood noticed by Aristotle.

Bioluminescence results when energy from a chemical reaction is released as light. Specifically this occurs when an enzyme, known as luciferase, catalyzes the oxidation of an organic molecule, known as luciferin.

In a recent study, published in Photochemical & Photobiological Sciences, 2012, researchers mixed luciferin and luciferase from various lineages of bioluminescent fungi. They found that all mixtures resulted in bioluminescence, which suggests “a single luminescent pathway” that arose early in these lineages.

While this study sheds light on the evolutionary pathway of these fungi, the exact compounds responsible for luminescence remain unknown. Once these compounds and their corresponding genes are known, scientists will be able to search for their presence in other fungi, further illuminating the evolutionary pathway of bioluminescence and perhaps answering important questions about their adaptive significance.

Fungi are one of the world’s least studied life forms. There are presumably thousands of species remaining to be found, especially in the tropics. San Francisco State University professor and avid mycologist, Dr. Dennis Desjardin, has uncovered more than 200 new species of fungi and nearly a quarter of all glowing mushrooms. Dr. Desjardin was a contributing author to the 2012 Photochemical & Photobiological Sciences study and spoke with mongaby.com about his burgeoning field.

“Why do luminescent mushrooms, all of which emit light 24 hours per day, which must be an energy consumptive process, glow at all?” Desjardin asks. “There is no one answer to this question and we suspect that different species may glow for different reasons, especially dictated by which part of the mushroom or its mycelium glows.”

Scientists do know that bioluminescence provides some antioxidant protection, and that the light attracts insects which may aid in spore dispersal. “We have evidence that in some species, insects are attracted to luminescent mushrooms more than they are to non-luminescent mushrooms of the same size and shape,” explains Desjardin, ” but whether glowing makes any significant difference to the mushroom species in spore dispersal is unknown.”

If these questions leave you feeling inspired to head to the tropics to discover unknown fungi and unravel the secrets of glowing mushrooms, you may want to begin with an undergraduate degree in botany, or at least a few mycology courses. But for those who simply wish to witness bioluminescent fungi in action, Dr. Desjardin offers the following advice:

“There are a few species in temperate habitats that are luminescent, particularly Omphalotus species (jack-o-lantern mushrooms), but they are not very spectacular and it requires patience (sitting for a long time in the dark to let your eyes adjust). The tropics are the best place to see them. Brazil, Southeast Asia and Australia are particularly good places with a variety of luminescent mushroom species. Pick a new moon night during the rainy season, go out at night when it is completely dark, and roam in the forest looking for points of yellowish green light. Don’t forget, however, that you cannot see a thing in the pitch dark, so you’ll walk into trees, streams, etc, and that there are lots of creatures that are nocturnal, like poisonous snakes, jaguar, necrotic spiders, etc. that need to be avoided! It’s lots of fun!” 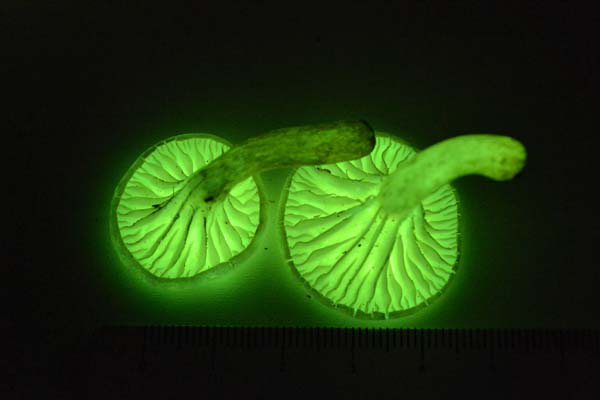 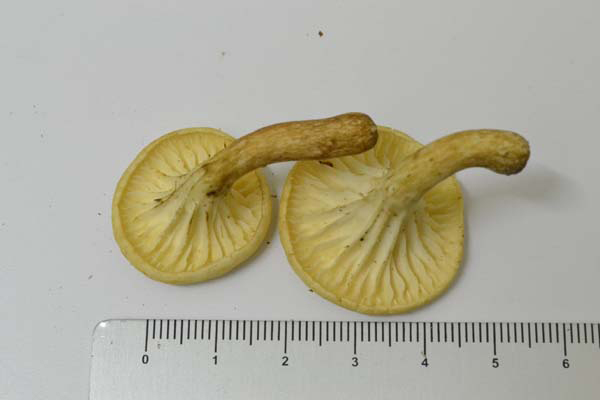 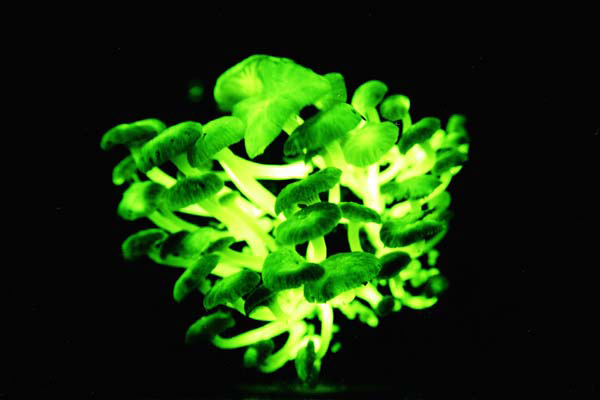 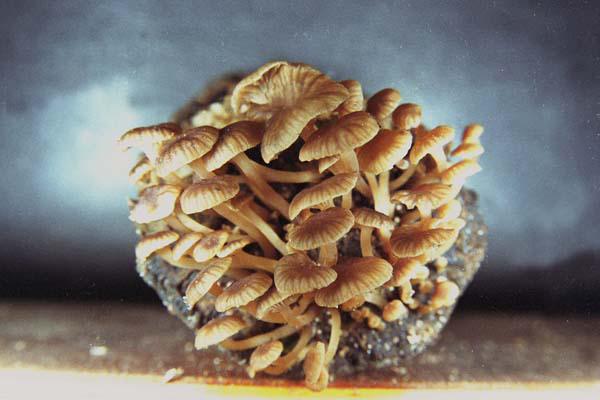 (03/29/2013) Mycorrhizal mycelium, a common fungi that helps plants uptake nutrients from soils, plays a fundamental role in carbon sequestration by boreal forests, reports a study published in this week’s issue of the journal Science.

Fungus from the Amazon devours plastic

(02/02/2012) Students from Yale University have made the amazing discovery of a species of fungus that devours one of the world’s most durable, and therefore environmentally troublesome, plastics: polyurethane. The new species of fungus, Pestalotiopsis microspora, is even able to consume polyurethane in zero-oxygen (anaerobic) conditions, which would be important in eating plastics in the deep dark layers of landfills where little sunlight, water, or oxygen is found.

(10/25/2011) Of all of the Earth’s multitude of lifeforms, fungi may get the least respect. Including mushrooms, molds, and yeasts, around 100,000 species have been described to date, yet hundreds of thousands, perhaps even millions, remain unnamed.

(06/16/2011) Scientists have discovered a colorful new species of mushroom in the rainforest of Borneo and named it after a popular cartoon character: SpongeBob.

(03/02/2011) As everyone knows, human zombies are created when an uninfected human is bitten by a member of the brain-craving undead. But what about ant zombies? Yes, that’s right: ant zombies.

Photos: the penis-like mushroom and other top 10 new species of 2009