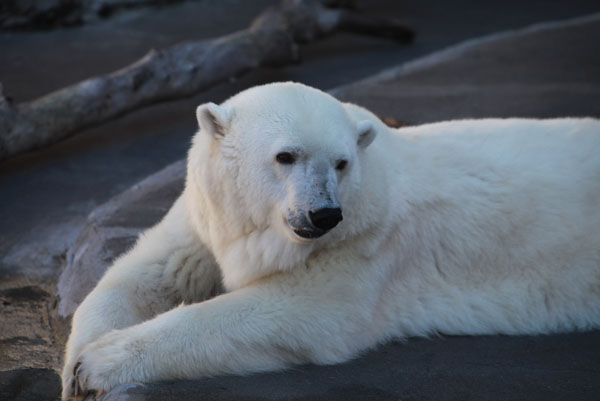 Captive polar bear. Given the rising threat of climate change to many of the world’s species, including polar bears, how should zoos address the issue? Photo by: Rhett A. Butler.

Zoos are usually thought of as entertainment destinations. As a place to take the kids on a nice afternoon, they are sometimes perceived to lack the educational heft of an art museum or a theatre. However, over the past few decades many of the world’s best zoos and aquariums have also worked to educate their visitors about conservation issues, in addition to funding and supporting programs in the field to save the ever-growing number of imperiled species. But as threats to the world’s species mount—including climate change—many are beginning to ask what, if anything, zoos and aquariums should do to address the global environmental crisis.

“The public should ask their local zoo or aquariums what they are doing for the planet,” Anne Warner, Conservation and Education Consultant with the consulting business, Conservation Strategies, told mongabay.com. “It is expected that Association of Zoos and Aquariums(AZA)-accredited institutions are supporting field conservation that is directly contributing to the long-term survival of species in natural ecosystems and habitats, yet this is work the public often does not realize zoos engage in. It is time for both understanding and expectations to catch up with reality. Zoos are not just places of entertainment and haven’t been for decades. Zoos and aquariums need to step up their leadership and live up to their potential to address critical global environmental issues.”

Warner has had a long and eclectic career in the interconnection between zoos and conservation work, including education, supporting in-field conservation programs, and designing exhibits. In 2010 she took on a novel project: developing a platform for climate change communication for the Northwest Zoos and Aquarium Alliance (NWZAA). Not only will this burgeoning program work to educate zoo visitors about the rising threat of climate change, but will also encourage behavior change.

“The key is to motivate change by tying into values like innovation, empathy, stewardship, preservation for future generations and interconnectedness that are important to our audiences. […] It is significant to help our audience identify what they are already doing and share with others, so that they can hear what is being done and get ideas for things they can do—it helps them vision it for themselves because it is coming from their ‘peers’ rather than the experts,” she explains.

Anne Warner will be presenting on her work at NWZAA at the 2013 Zoos and Aquariums: Committing to Conservation (ZACC) conference on Friday, July 12th in Des Moines, Iowa.

AN INTERVIEW WITH ANNE WARNER 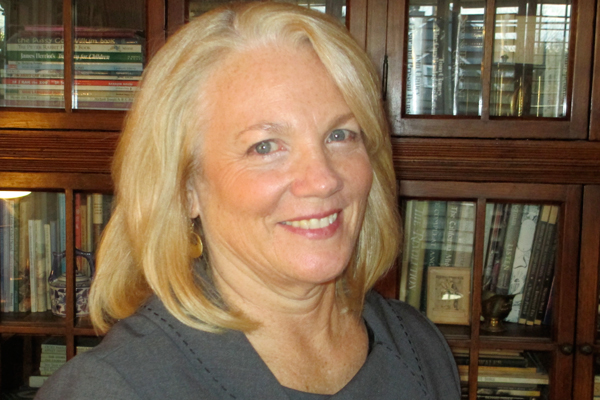 Anne Warner: Before launching my consulting business, I served as Interim Executive Director for the Pan African Sanctuary Alliance and led conservation and education efforts for the Oregon and Oakland Zoos. My experience is diverse and includes change management, designing exhibits and writing interpretives, education program planning, project management, research, administering grant programs, creating collaborations to address conservation issues, implementing state conservation strategies and supporting primate sanctuaries throughout Africa. Among other things I have lead quite a few ecotours, been part of an education team in Papua New Guinea, and helped hand rear two baby chimpanzees and an African elephant. My passion stems from the conviction that Zoos and Aquariums are key partners for saving wildlife. Conservation Strategies, my consulting business, connects zoo and aquarium professionals with strategic planning, skills for building or expanding their conservation work and in situ conservation projects.

Mongabay: How did you get involved in zoos and conservation?

Anne Warner: I read a lot as a kid, and, after devouring the Gerald Durrell books, I was committed to conservation at age 12. Back then, the obvious choice for working with animals was to become a vet. And exotic animal medicine was not really established yet. Pre-vet experience in domestic animal clinics lead me to want to do something else. I tried a stint in a toxicology lab, interesting results, inside all day not for me, and finally settled on animal behavior. I pursued a Masters degree with the late Hal Markowitz, “father of enrichment,” and my path into the zoo world was locked in. With small children and a thesis to write, I came into paying zoo jobs in the Education Department at the San Francisco Zoo.

Mongabay: Will you tell us about your consulting business, Conservation Strategies?

Anne Warner: I’ve been in this business a long time, and when I took stock about what the most exciting, fulfilling part of my jobs had been, it was really making those conservation connections. I’m not in the field doing the research and managing the interface between human and animals in the environment. And at this point in my career, I know a lot of people who are. I wanted to use my long experience in zoos to help bridge that gap between the need for in situ support with the resources zoos want to pledge to secure a future for wildlife.

Each situation presents unique challenges, so assessing the needs and finding the right support for the organization is key. I often work with Beth Armstrong and we offer flexible services from helping jumpstart an in situ conservation program to strategic planning that gets staff, board and volunteers committed, to operating a short or long term program. With our diverse backgrounds we can help with communicating the conservation work through developing exhibits, interpretives, newsletter and website content, and help with getting funding for the projects.

Mongabay: You’ve worked on developing programs to communicate climate change to visitors in American zoos. Will you tell us about this program?

Anne Warner: I was part of the Northwest Zoo and Aquarium Climate Action Working Group. We were awarded funding in 2009 to create a climate change message platform for Northwest Zoos and Aquarium Alliance (NWZAA) institutions to ensure a consistent voice and collective call to action for this most pressing conservation issue. Our goal was to “Create, develop, and implement a Global Climate Change campaign for NWZAA that shows working as an alliance can be an effective way to increase a message’s reach and impact.”

In order to create effective regional messaging we needed to do some visitor research. What did our guests already understand about the impacts of climate change on wildlife? Where are the gaps in understanding? How do we connect with visitor’s core values when talking about climate change? What are some of our most compelling stories about climate change impact on animals in our collection? What are the perceived barriers and benefits to carbon reductions actions we want to encourage?

When the study was complete we compiled statements about the impacts of changing climate on wildlife, values statements, animals stories and actions people can take. This framework was then used in 2010 to train staff and volunteers ahead of implementing specific programs which where then evaluated.

Mongabay: What was most surprising from visitor studies of their own awareness about climate change?

79% agreed that zoos and aquariums should recommend specific actions.

We also found that value statements are regionally specific.

Mongabay: How do you move from educating on climate change to changing behaviors?

Anne Warner: The key is to motivate change by tying into values like innovation, empathy, stewardship, preservation for future generations and interconnectedness that are important to our audiences. We invite visitors to join us in taking action to ensure a thriving planet for all humans, wildlife and ecosystems.

It is important to help our audience identify what they are already doing and share with others, so that they can hear what is being done and get ideas for things they can do—it helps them vision it for themselves because it is coming from their “peers” rather than the experts. We wanted to ask visitors to think about what they can do to help, to engage visitors in a conversation as already being part of the solution thereby creating community.

Research shows that people understand what some of the behaviors are, what they need is reinforcement. We need to help them move past their barriers (which are usually a lot to do with habit), and show people how their actions build up to make an impact.

I believe in the concept of continuous improvement over a lifetime—each person is on the continuum, I want to let people know that wherever they are is okay and then help get them down the path; this can happen at the organizational level too. We cannot go from “0-60” to start, so we need to scaffold the behavior change. One behavior can be a catalyst for the next.

Mongabay: Why are zoos and aquariums perfect places to build climate change awareness?

Anne Warner: Unlike many organizations that are working on this issue, we have a physical audience that we can truly interact with. And we have a variety of options—in person interactions at an exhibit or activity station, signage, newsletters, camps, classes, adult lecture series, and more. We touch families and individuals, we have staff and volunteers, and we are part of the community where we live. Basically zoos and aquariums provide a non-threatening environment for self-paced learning and discovery.

Mongabay: What can people do to help push zoos to address more global environmental issues?

Anne Warner: The public should ask their local zoo or aquariums what they are doing for the planet. It is expected that Association of Zoos and Aquariums(AZA)-accredited institutions are supporting field conservation that is directly contributing to the long-term survival of species in natural ecosystems and habitats, yet this is work the public often does not realize zoos engage in. It is time for both understanding and expectations to catch up with reality. Zoos are not just places of entertainment and haven’t been for decades. Zoos and aquariums need to step up their leadership and live up to their potential to address critical global environmental issues. Not all have the staff and expertise to participate directly—everyone has imagination to find creative ways to do more. 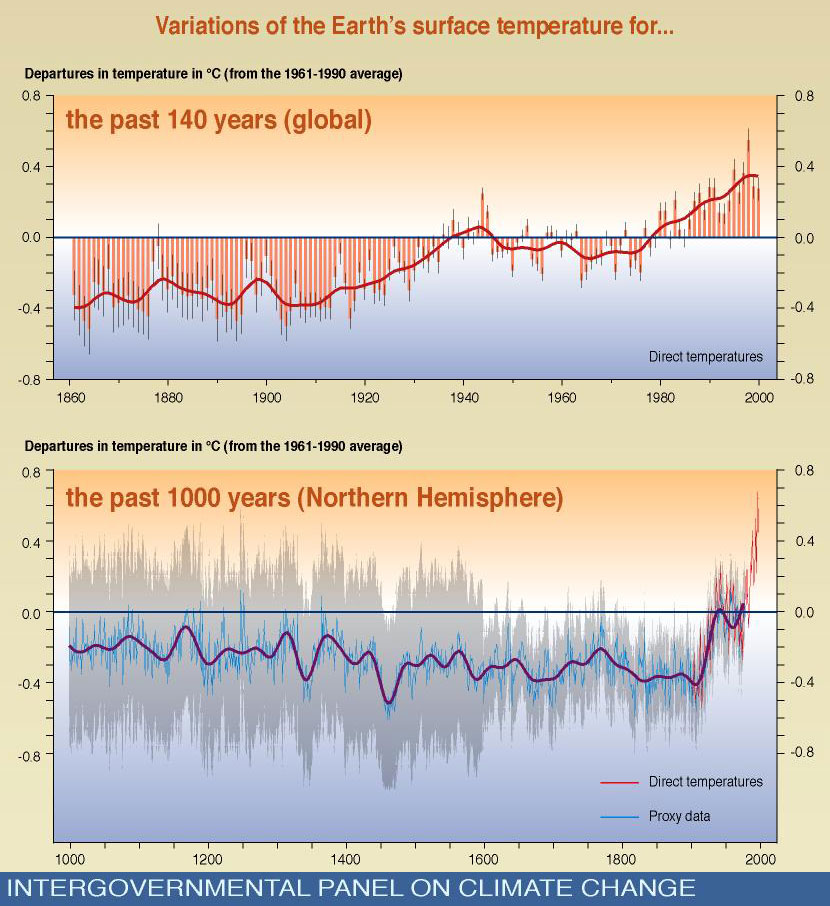 (06/03/2013) While many people may view zoos first and foremost as attractions, these institutions have a long history of supporting and instigating conservation work, including saving species from extinction that have vanished from their wild habitat. But such efforts require not just dedication and patience, but herculean organizational efforts. Enter, the World Association of Zoos and Aquariums (WAZA), which works with zoos and aquariums to set up conservation programs and track endangered species in captivity.

(03/25/2013) The Wildlife Conservation Society (WCS) is one of the world’s leading environmental organizations. Founded in 1895 (originally as the New York Zoological Society), the WCS manages 200 million acres of wild places around the globe, with over 500 field conservation projects in 65 countries, and 200 scientists on staff. The WCS also runs five facilities in New York City: the Central Park Zoo, the New York Aquarium, Prospect Park and Queens Zoos, and the world renowned Bronx Zoo.