Pictures: 20% of the world’s reptiles endangered 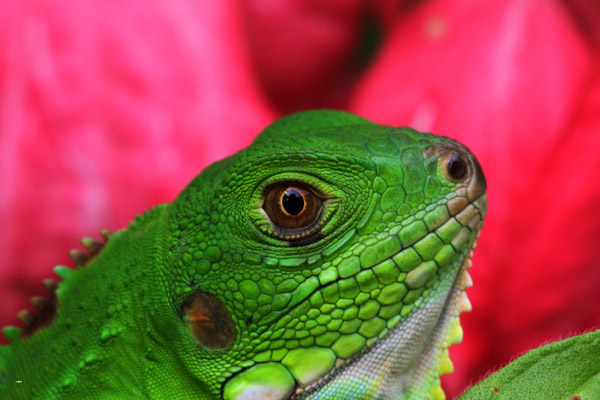 Green iguana in Colombia. Photo by Rhett A. Butler

Nearly a fifth the planet’s reptiles are threatened with extinction, warns a new assessment published in the journal Biological Conservation.

The analysis, carried out by experts with the Zoological Society of London (ZSL) and the IUCN Species Survival Commission (SSC), is based on the extinction risk of 1,500 randomly selected reptiles. The researchers concluded that 19 percent of reptiles are threatened with extinction according to criteria under the IUCN Red List of Threatened Species. Of that 19 percent, one in eight are rated as Critically Endangered, the highest level of risk under the Red List system. 41 percent are listed as Endangered and 47 percent are Vulnerable.

The study warns that reptiles may face increasing risk due to climate change, which exacerbates vulnerability due to habitat destruction, over-harvesting for the wildlife trade, and introduction of invasive species. 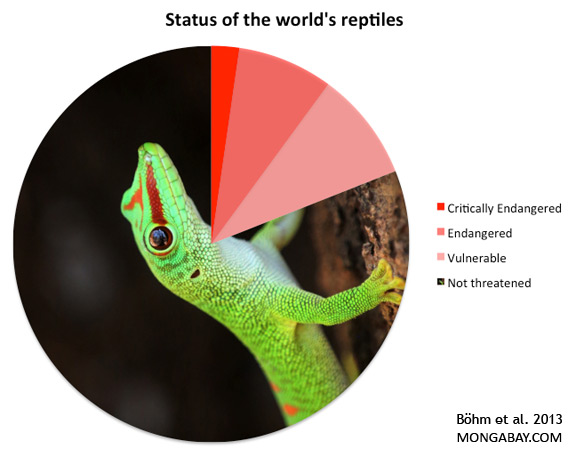 “Reptiles are often associated with extreme habitats and tough environmental conditions, so it is easy to assume that they will be fine in our changing world,” said lead author Monika Böhm in a statement. “However, many species are very highly specialized in terms of habitat use and the climatic conditions they require for day to day functioning. This makes them particularly sensitive to environmental changes.”

The effort, which includes carefully assessing the population trends, habitat, and risks to each species, aims to determine what species should be conservation priorities.

“Gaps in knowledge and shortcomings in effective conservation actions need to be addressed to ensure that reptiles continue to thrive around the world,” said co-author Ben Collen, Head of ZSL’s Indicators and Assessment Unit. “These findings provide a shortcut to allow important conservation decisions to be made as soon as possible and firmly place reptiles on the conservation map.”

“This is a very important step towards assessing the conservation status of reptiles globally,” added Philip Bowles, Coordinator of the Snake and Lizard Red List Authority of the IUCN Species Survival Commission. ”The findings sound alarm bells about the state of these species and the growing threats that they face globally. Tackling the identified threats, which include habitat loss and harvesting, are key conservation priorities in order to reverse the declines in these reptiles.”

Reptiles are a group of largely cold-blooded animals that includes snakes, lizards, amphisbaenians or “worm lizards”, crocodiles, turtles and tortoises, and tuataras. They are found on every continent except Antarctica. 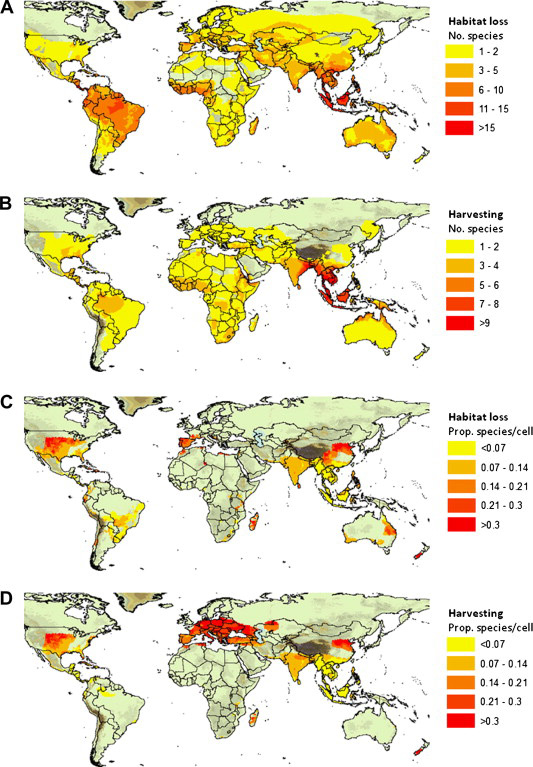