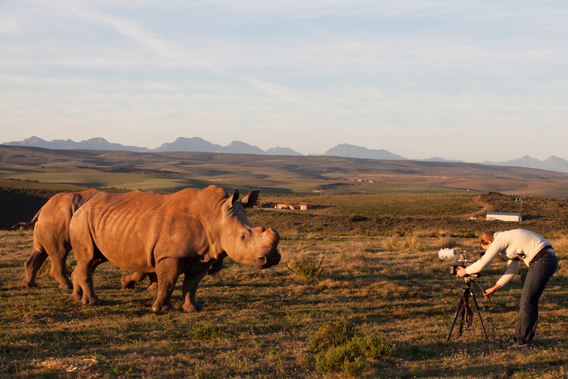 In 2012 a record 668 rhinos were slaughtered by poachers in South Africa for the horns, which are used as scientifically-debunked medicine in Asia. Rhino poaching has hit record levels worldwide over the past few years, but no where is the carnage greater than South Africa, which houses well over half of the world’s rhinos. Thus it’s no surprise that when student filmmaker, Anne Goddard, arrived in South Africa to film zebra behavior, she quickly became enthralled by the dark and tragic drama surrounding the country’s rhinos.

The result of her trip is an intense short film on South Africa’s poaching crisis, dubbed Rhino Wars, that follows an anti-poaching team on the ground–and in the middle of the night–as they attempt to safeguard one of their country’s natural treasures.

Rhino Wars is making its New York City premiere Saturday, February 2 at the 3rd Annual New York Wildlife Conservation Film Festival. Ahead of its premiere, Goddard answered some questions from Mongabay.com about the film and her career. As a student filmmaker, Goddard has already received a number of accolades: including best student film for Rhino Wars in the 3rd Wildlife Conservation Film Festival in Washington D.C.

AN INTERVIEW WITH ANNE GODDARD 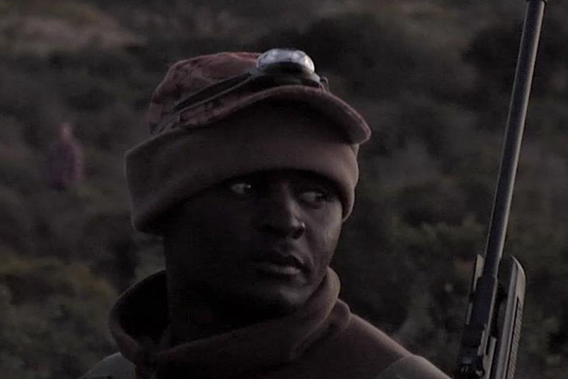 Anne Goddard: I am the writer/producer/presenter of the short film Rhino Wars. I recently graduated from Elon University with a Strategic Communications degree and am currently doing PR for the Smithsonian’s National Zoo.

Anne Goddard: This is my first attempt at filming. I did a wildlife film internship with a production company called Africa Media in Mossel Bay, South Africa this past August. It is lead by National Geographic’s shark and wildlife expert, Ryan Johnson. He taught me everything from handling a camera to editing to the ethics of wildlife filming.

Mongabay.com: Why did you choose the illegal trade in rhino horn as the topic of your film?

Anne Goddard: Even though I was aware of the issue of rhino poaching, I didn’t understand the full extent of the issue until I was in South Africa. I originally was going to do a short film on zebra behavior, but my interest changed directions when I heard the news that four rhinos had been poached within the surrounding area just in the month I was there. I talked with a couple of game reserve owners and they all said that the situation is so dire that most reserves within the area have lost their rhinos. One reserve had their rhinos in a boma under 24-hour security and both rhinos were shot and poached. At this time, we have already lost 630 rhinos in 2012 and we are standing at a rate of losing 2 rhinos every 24 hours and that number is escalating quickly. I have always wanted to get involved in wildlife film, so though this film is short and amateur at best, I am incredibly proud of it. It got me involved in rhino conservation and I feel it has helped raised awareness about this dire issue among my peers. Also, the filming experience was incredible and it definitely sparked a passion for wildlife film.

Anne Goddard: Rhino Wars is a harshly educational short documentary on the cruel realities of rhino poaching. As a young conservationist, I travel to South Africa to join a rhino poaching patrol in their effort to protect and save these regal creatures from the hands of brutal poachers.

Anne Goddard: The most exciting part about this process was joining the Indalu game rangers on their nightly patrol in the bush. It was thrilling and invigorating. It was definitely a crash course in camera operation. Half of the time I was struggling to keep up with all my camera equipment, while trying to keep quiet. I also enjoyed having the incredible experience of getting to know the white rhinos on this reserve. They are such wonderful, charismatic animals.

Anne Goddard: One of my favorite quotes about nature is from Anne Frank. She once said, “the best remedy for those who are afraid, lonely or unhappy is to go outside, some where they can be quiet, alone with the heavens, nature and God.” There is so much you can learn from nature. I feel that nature has taught me to patient and how to be adaptable to situations. There is a lot of peace and serenity that you can find within the natural world.

Anne Goddard: I am already so happy with the awareness I have raised about this situation just among my friends and family. People are shocked to hear the brutality of rhino poaching and the rate at which it is occurring. If this film can simply get someone to care and talk about this issue then I have considered it a success.

Anne Goddard: Rhino Wars first debut was at the 3rd Wildlife Conservation Film Festival in Washington D.C. on Nov. 7th. I was granted the wonderful opportunity to do a Q&A about rhino poaching with the audience and I got some great feedback. It was also the recipient of “Best Student Film” award, in which I felt incredibly honored to have received! My next plan is to enter it into the Jackson Hole Wildlife Film Festival for next September.

Mongabay.com: How did you come to work with WCFF?

Anne Goddard: On a whim, I submitted my film for consideration for the D.C. film festival and Christopher Gervais was kind enough to accept it. It has been a real honor and privilege to have my little film be shown amongst these great documentaries.

Anne Goddard: Seeing that I do not own my own camera equipment, my filming plans are on stall for right now. However, I am actively trying to pursue a career in wildlife filmmaking or wildlife conservation wherever that may lead me!