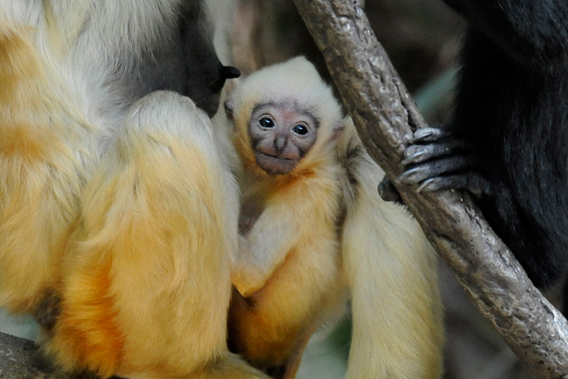 A northern white-cheeked gibbon pair (Nomascus leucogenys) at the Wildlife Conservation Society’s (WCS) Bronx Zoo have given birth to a brand new infant. This is the mother gibbon’s 11th infant.

In 2011 a significant population of unknown northern white-cheeked gibbons were found in Vietnam. The population was estimated at about 450 individuals, providing a much needed boost for the vanishing species.

A member of the ape family, gibbons differ from the so-called great apes by their smaller stature, in not making nests, and in other traits that make them appear like almost a cross between an ape and a monkey. Gibbons, many of which are imperiled, have also received less conservation attention than their larger ape relatives. 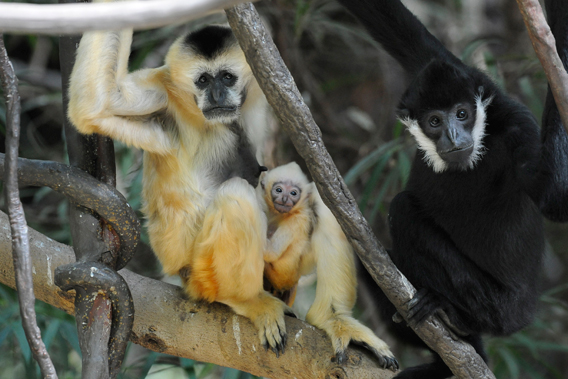