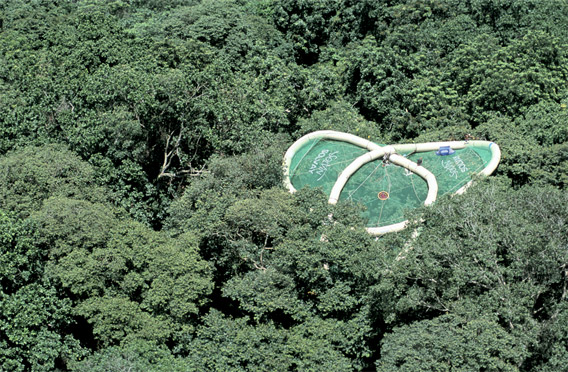 Researchers in Panama have published the results of the most comprehensive survey of arthropods in a small area of tropical rainforest. At a high level, the findings surprise no one: the Panamanian rainforest is full of insects, spiders, and crustaceans. Yet the results also show how little is known about this large group of organisms — 60-70 percent of the species are thought to be new to science.

The study, published in the journal Science, involved more than 100 scientists from 21 countries. The researchers collected nearly 130,000 arthropods using a variety of methods between 2003 and 2004, then spent the next eight years sorting and indetifying them. Overall the team found 6,144 arthropod species in the 0.48-hectare research plot. Extrapolating to the entire 6,000-hectare San Lorenzo forest, the researchers estimate the forest contains 25,000 species of arthropods. 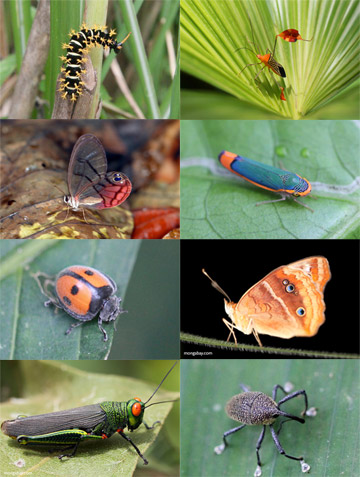 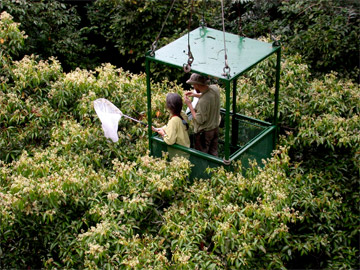 “What surprised us the most was that more than half of all species could be found in a single hectare of the forest,” said the study’s lead author Yves Basset, who serves as the scientific coordinator of the Center for Tropical Forest Sciences Arthropod Initiative at the Smithsonian Tropical Research Institute (STRI) in Panama.

The findings may have implications for estimating the biodiversity of tropical forests, according to Tomas Roslin from the University of Helsinki, one of 35 co-authors of the study.

“[This] means that to determine the species diversity of a tropical rainforest, we need not sample gigantic areas: a total of one hectare may suffice to get an idea of regional arthropod richness – provided that this total includes widely spaced plots representative of variation within the forest,” he said in a statement.

But Terry Erwin, an entomologist at the Smithsonian Institution’s National Museum of Natural History, cautioned about using the number of arthropods at a site in Panama to come up with global biodiversity estimates.

“This study is exciting because they’ve taken a large team of people and used every technique available,” Erwin told Science NOW. “But to take a little sample from one place and scale up, it’s been critiqued and critiqued and it just doesn’t work.”

Erwin wasn’t involved in the study, but published a seminal paper in 1982, where he estimated the world’s forests contained 30 million insect species based on “fogging” an area of Panamanian rainforest with insecticide. His estimate was later undercut by University of Melbourne biologist Andrew Hamilton, who used a similar collection approach in New Guinea, but found substantially lower insect diversity. Hamilton put the global number of insects at 6 million.

However the study may have broader implications for forest ecology and conservation, according to the authors. 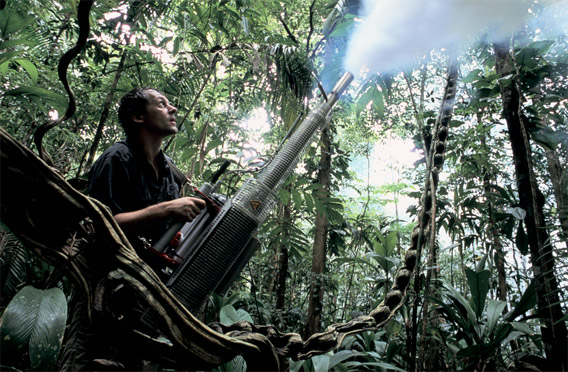 In terms of conservation efforts, Roslin said that focusing on “floristically diverse sites” would protect the most number of arthropods.

“If we are interested in conserving the diversity of life on Earth, we should start thinking about how best to conserve arthropods,” he said.

(08/31/2012) Twenty percent of invertebrates are at risk of extinction, according to a new report that looks at the 12,621 invertebrates assessed by the IUCN Red List to date. Although invertebrates never garner the same conservation attention as big, charismatic animals such as tigers and elephants, they play an undeniable role in maintaining healthy ecosystems. In addition, since invertebrates make-up 80 percent of the world’s species, the report raises new concerns about global biodiversity decline.

(08/09/2012) Scientists have discovered a previously unknown species of lacewing insect after stumbling upon a series of photos posted on Flickr®, according to a paper published in the journal ZooKeys.

Beyoncé honored with new horse fly named after her

(01/16/2012) Musical artists, and dancer extraordinare, Beyoncé has been awarded a new honor this week: entomologists in Australia have named a new horse fly after the American singer. The new horse fly, dubbed Scaptia beyonceae, is found in Queensland’s Atherton Tablelands.

(07/07/2008) Brightly-colored beetles or caterpillars feeding on a tropical plant may signal the presence of chemical compounds active against cancer and parasitic diseases, report researchers writing in the journal Frontiers in Ecology and the Environment. The discovery could help speed drug discovery.