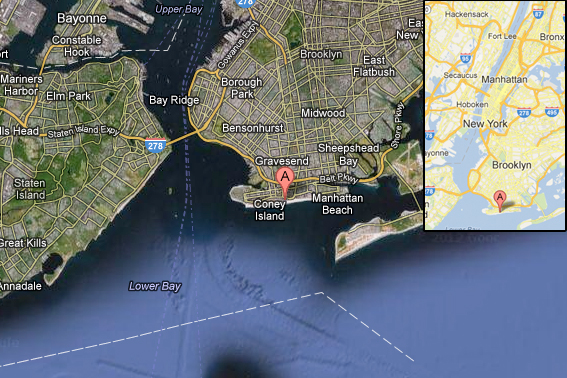 The New York Aquarium on Coney Island suffered “serious flood damage” during Hurricane Sandy and will be closed “indefinitely”, according to the Wildlife Conservation Society (WCS), which runs the aquarium and other zoos in New York City.

WCS says its staff is working urgently to “stabilize conditions and restore utilities and operating systems” after the storm, which caused tens of billions of dollars in damage across the Northeast on Sunday, Monday, and Tuesday.

“Staff have established temporary life support for the aquatic systems, are pumping flood waters out of basements and mechanical areas, and are working to restore filtration and other life support essentials for the exhibit and holding tanks,” WCS said in a statement emailed to mongabay.com. “We have a short window of time to get these systems re-established. If this cannot be accomplished in this critical period, we will temporarily relocate the collection to other AZA aquariums in the region.”

WCS praised the heroism of the aquarium staff, 18 of whom stayed at the facility during Hurricane Sandy. The aquarium is located on the Coney Island boardwalk which was flooded by a 14-foot storm surge during the storm.

Established in 1896 the New York Aquarium is home to a variety of marine species, including Pacific walrus, black-footed penguins, sand tiger sharks, loggerhead sea turtles, and hundreds of others. The aquarium had been planning to open a new section focusing on sharks in 2015.

While damage at the aquarium is being assessed, the organizations’ other four zoos across New York City “do not appear to have experienced serious damage.” These include the Prospect Park Zoo, the Central Park Zoo, the Bronx Zoo, and the Queens Zoo.

Hurricane Sandy has been called a hundred-year-storm (in some places it may be a 1,000 year storm), however recent research concludes that climate change is likely increasing the occurrence of particularly intense hurricanes. A 2010 review paper in Nature Geoscience stated that global warming may increase the number of particularly intense hurricanes by 2-11 percent. However, scientists continue to debate if climate change is increasing hurricanes in general or just the intense ones.

This post is adapted from an earlier mongabay story.