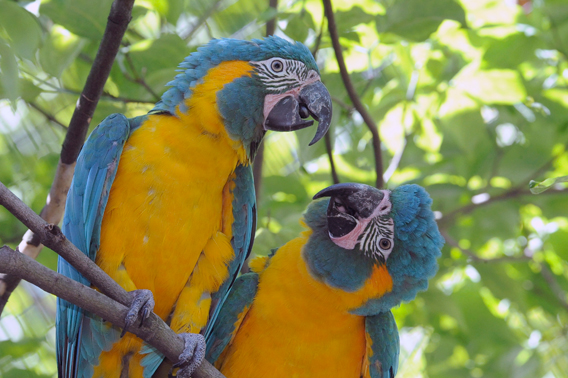 Two blue-throated macaws perch on a branch in the historic aviary at the Wildlife Conservation Society’s Queens Zoo. Photo by: Julie Larsen Maher.

Found in only one location in northern Bolivia, the blue-throated macaw (Ara glaucogularis) is thought to number little more than 100 individuals in the wild. However the species is protected from utter extinction by a much larger captive population.

Deforestation, largely for cattle ranching, and the pet trade are responsible for decimated the blue-throated macaw population. Most of the macaw’s current habitat is on private ranching lands with land-owners increasingly becoming partners in keeping the species from extinction.

Worldwide, there are currently 16 surviving species of macaw. Two others are known to have gone extinct in recent times: the Cuban red macaw (Ara tricolor) and the Saint Croix macaw (Ara autochthones). In addition it is believed that the Spix’s Macaw (Cyanopsitta spixii) is likely extinct in the wild and that the Glaucous macaw (Anodorhynchus glaucus) may be extinct altogether. Deforestation, the pet trade, and killing for their feathers have decimated many of the world’s macaw species. 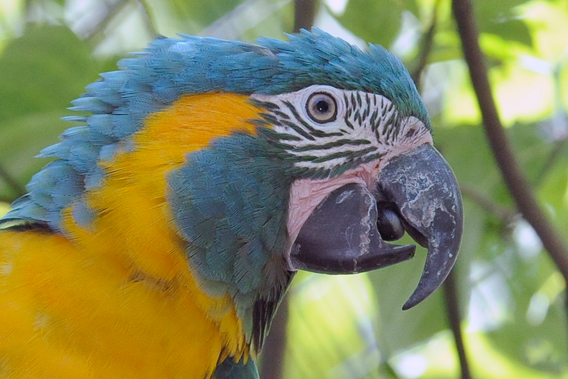