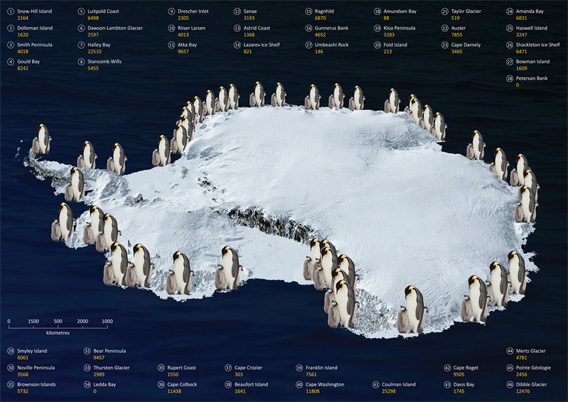 Map showing the locations of Emperor penguin colonies in Antarctica. Graphic courtesy of the British Antarctic Survey, whose scientists were involved in the research. Click image to enlarge.

The population of emperor penguins in Antarctica is nearly twice as high as previously estimated according to a new satellite-based assessment.

The census technique is based on detecting penguin colonies and then counting individual birds. Colonies are located by looking for large patches of ice discolored by penguin poop or guano.

This approach turned up 44 colonies across Antarctica — including seven that hadn’t been detected previously — and 595,000 birds. The emperor population had previously been thought to range between 170,000-350,000.

“The methods we used are an enormous step forward in Antarctic ecology because we can conduct research safely and efficiently with little environmental impact, and determine estimates of an entire penguin population, said co-author Michelle LaRue from the University of Minnesota in a statement. “The implications of this study are far-reaching: we now have a cost-effective way to apply our methods to other poorly-understood species in the Antarctic, to strengthen on-going field research, and to provide accurate information for international conservation efforts.” 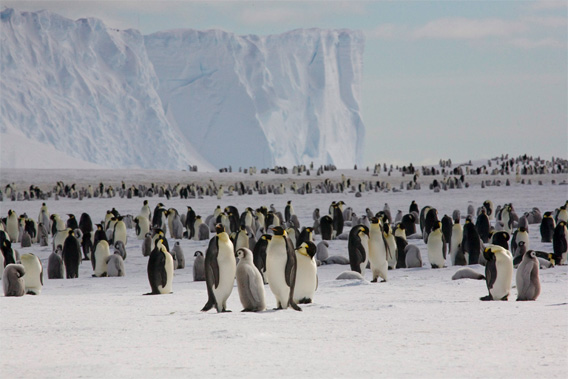 The findings are significant because they help scientists determine a baseline from which they can measure the impact of climate change on emperor penguin populations. Ecologists say many penguins may be vulnerable to shifts in prey distribution and density as well as changes in sea ice cover, which could increase mortality rates of fledgling penguins.

“Current research suggests that emperor penguin colonies will be seriously affected by climate change,” said co-author Phil Trathan of the British Antarctic Survey. “An accurate continent-wide census that can be easily repeated on a regular basis will help us monitor more accurately the impacts of future change on this iconic species.” 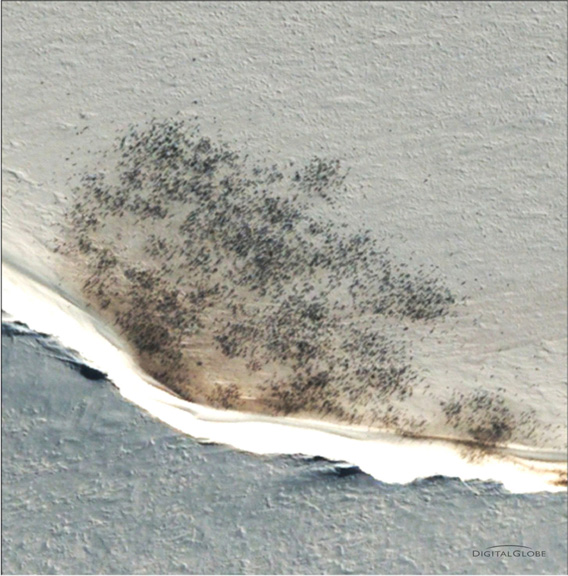 The research is published in this week’s issue of PLoS ONE: An Emperor Penguin Population Estimate: The First Global, Synoptic Survey of a Species from Space.