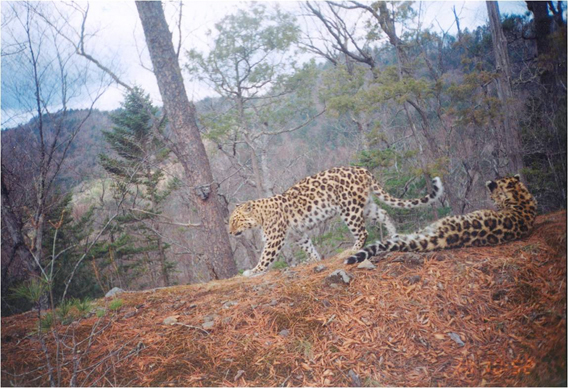 Russia has created a massive national park to protect some of the world’s rarest big cats, the critically endangered Amur tigers and leopards, reports the Wildlife Conservation Society (WCS).

“This is tremendous news for big cat conservation,” said Peter Zahler, WCS Deputy Director for Asia, in a statment. “The creation of this park greatly increases the amount of land protecting critical populations of two of the world’s big cats, and it will go a long way to securing their future. We look forward to continuing to provide whatever support is requested to help conserve tigers and leopards in the region.”

“The new park is great news for Far Eastern leopards and Amur tigers,” added WCS Russia Program Director Dale Miquelle. “We commend the Russian government for their foresight in creating this new protected area, and we are optimistic that it will provide a critical refuge for some of the most endangered big cats on the planet.”

The Amur or Siberian tiger is threatened by habitat loss, hunting as vermin, and poaching for the traditional Chinese medicine market. But the Amur leopard — also known as the Far Eastern leopard — is much worse off. Its population is thought to number less than 40 in the wild.