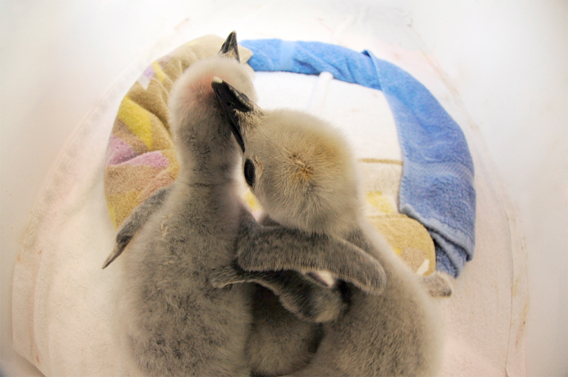 A picture of a pair of chinstrap penguins (Pygoscelis antarcticus) at the Wildlife Conservation Society’s Central Park Zoo is one of the highlights of a new blog, Real Chicks of Central Park. The blog aims to raise awareness about penguins, which are at risk from climate change and loss of food sources due to unsustainable fishing practices by humans.

Penguins featured on the blog include four gentoo chicks and four chinstrap chicks. Both species species are native to the Antarctic. 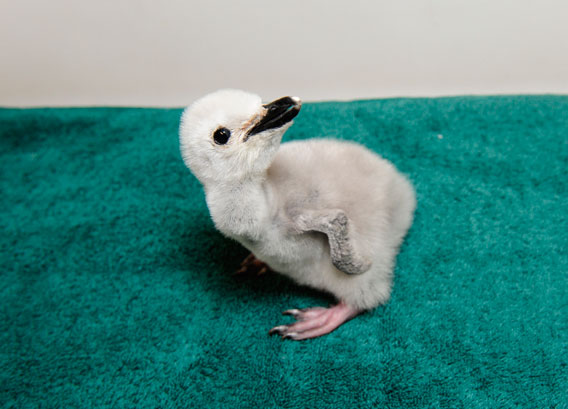 (11/15/2011) A new blog, dubbed the Real Chicks of Central Park, is allowing visitors an intimate look at eight impossibly-cute penguin chicks. Including video, photos, and interviews the blog is an attempt to raise awareness about penguins. The highlighted chicks include four gentoo penguins (Pygoscelis papua) and four chinstrap penguins (Pygoscelis antarcticus).

(06/10/2010) Everyone loves penguins. With their characteristic black-and-white ‘tuxedo’ markings, upright waddle, and childlike stature, penguins seem at once exotic and familiar: exotic because they live far from most human habitations, familiar because they appear in innumerable books and movies. From Mr. Popper’s Penguins to Happy Feet, and from March of the Penguins to And Tango Makes Three, penguins pop-up everywhere. The flightless birds have even provided the name and symbol to one of the world’s most successful publishing houses. Yet despite their popularity amid the human kingdom, few people seem aware that penguins worldwide are facing an extinction crisis.

(10/10/2008) More than half Antarctica’s penguin colonies are at risk by a 2-degree global rise in temperatures, according to a report released by the environmental group WWF.

(02/11/2008) Climate change could put the long-term survival of sub-Antarctic King Penguins at risk by reducing the availability of prey, reports a new study published in Proceedings of the National Academy of Sciences.