Frog pictures for Save the Frogs Day Amphibians — cold-blooded animals that include frogs, toads, salamanders, newts and caecilians — are in big trouble. More than one third of the world’s 6,500 known species are threatened with extinction, while at least 200 species have gone extinct over the past 20 years. Worryingly the outbreak of a deadly fungal disease, chytridiomycosis, is spreading throughout the tropics leaving millions of victims, adding to the onslaught of challenges already facing amphibians: habitat destruction, climate change, invasive species, pollution, and overexploitation as food and for the pet trade.

To raise awareness of the plight of amphibians, in 2009 biologist Kerry Kriger declared April 28th “Save the Frogs Day”. This year the event focuses on Atrazine, a commonly used pesticide which triggers reproductive problems in frogs and humans. Atrazine is used primarily on corn.

In recognition of Save the Frogs Day, here is a collection of frog photos taken Mongabay.com’s Rhett Butler. 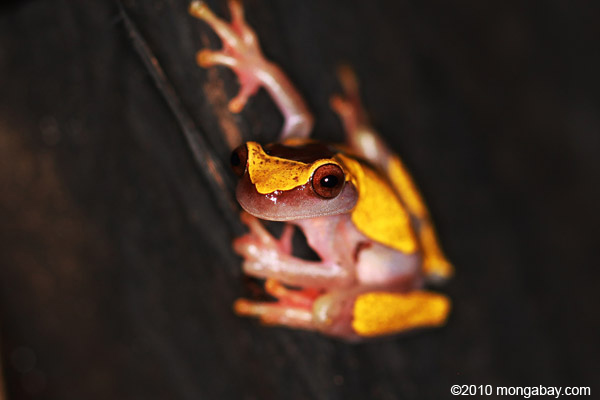 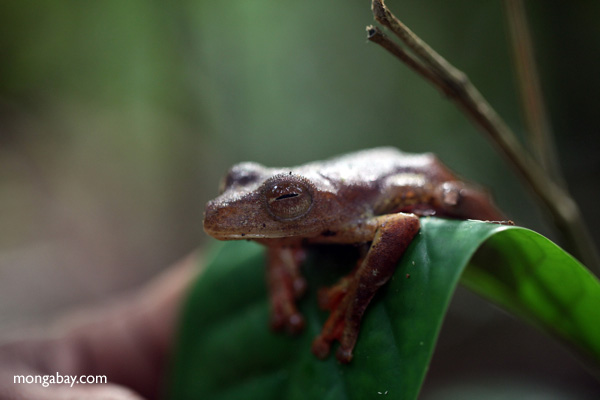 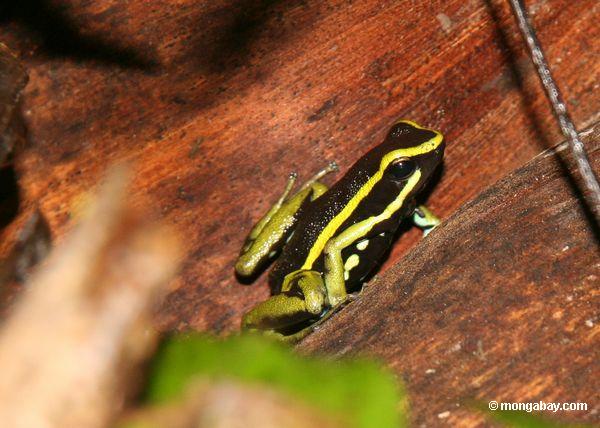 Strawberry poison-dart frog in a bromeliad 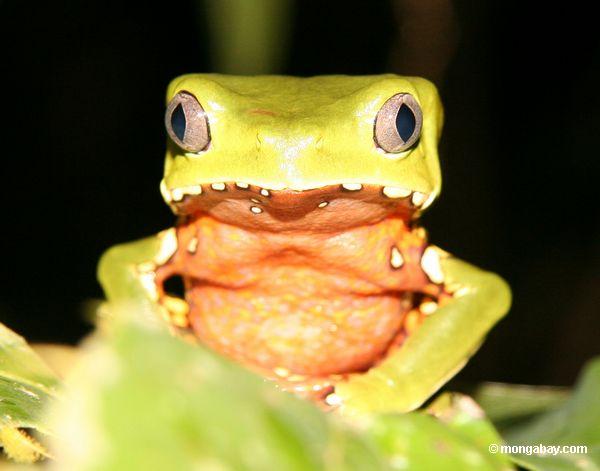 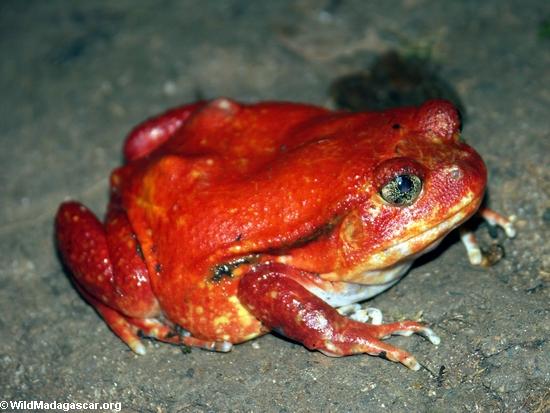 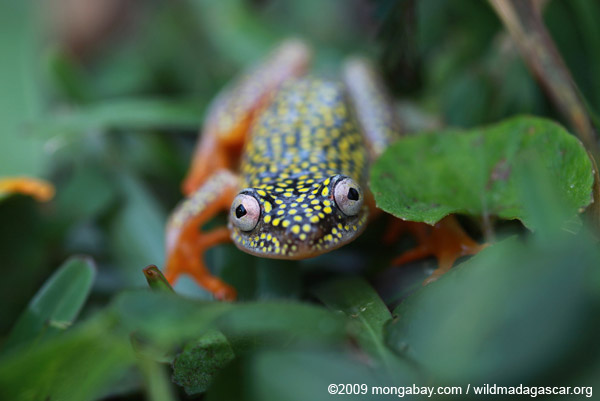 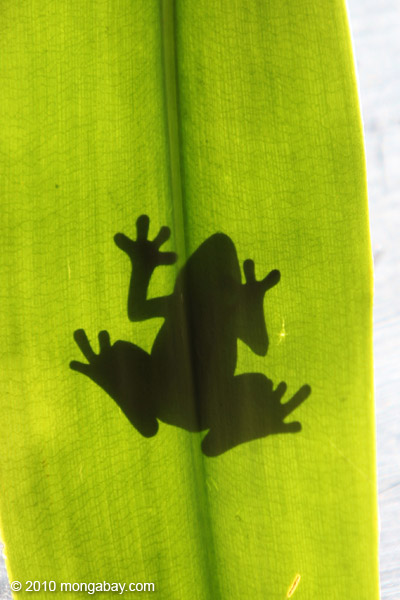 Frog shadow seen through a sunlit leaf in New Guinea 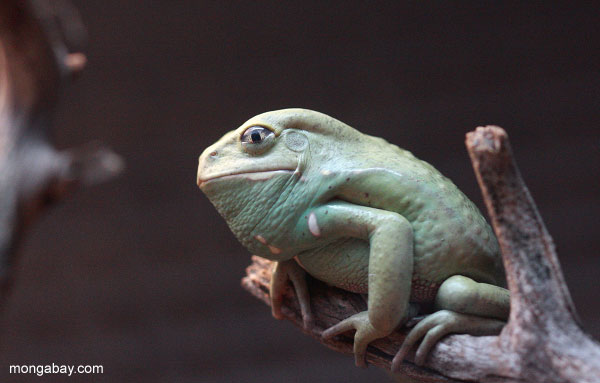 (04/26/2011) This year’s Save the Frogs Day (Friday, April 29th) is focusing on a campaign to ban the herbicide Atrazine in the US with a rally at the steps of the Environmental Protection Agency (EPA). Kerry Kriger, executive director of frog-focused NGO Save the Frogs! and creator of Save the Frogs Day, says that Atrazine is an important target in the attempt to save amphibians worldwide, which are currently facing extinction rates that are estimated at 200 times the average. “Atrazine weakens amphibians’ immune systems, and can cause hermaphroditism and complete sex reversal in male frogs at concentrations as low as 2.5 parts per billion,” Kriger told mongabay.com.