The level of Tanzanian timber forest certified as sustainable increased by 700 percent earlier this month. The certification not only represents an environmental win, but is expected to bring opportunities and money to the communities which exist within and around the forests.

The Forest Stewardship Council (FSC) audited two new tracts of timber forest and found that both complied with its standards of sustainability. The certification of the Liwiti and Nainokwe tracts will add 6,229 and 8,502 hectares, respectively, to the existing 2,420 hectares to equal a total sustainable forest area of 17,151 hectares. Liwiti and Nainokwe are community-managed forest registered under the FSC Group Certificate Scheme of the Mpingo Conservation and Development Initiative, the Tanzanian partner of the Sound & Fair campaign.

The FSC is an independent, not-for-profit organization whose mission is the promotion of responsible management of the world’s forests. A label stating FSC certification lets consumers know that the product they are purchasing has social and environmental benefits.

The Sound and Fair campaign is an organization whose mission is the realization of sustainable trade in African blackwood while reducing poverty in some of the world’s poorest communities.

African blackwood, also known as Mpingo, is a dense and lustrous hardwood once highly regarded by furniture makers in ancient Egpyt and is today the main hardwood used to make woodwind instruments such as clarinets, oboes, and bagpipes due to its structural integrity. While listed by the I.U.C.N as Not Threatened, African blackwood has become extirpated in many areas because of indiscriminate logging.

“The species is already commercially extinct in former stronghold Kenya and the remaining areas of forest in Tanzania and Mozambique are under severe threat.” said Neil Bridgland, Sound and Fair campaign manager. “An estimated 96% of timber harvested in Tanzania is done so on an illegal basis according to a 2007 TRAFFIC report.”

The widespread illegal logging in Tanzania brings little benefits to the communities associated with the forest. However, because the newly certified Liwiti and Nainokwe tracts are locally managed, their communities stand to reap major profits from the sale of its sustainably logged timber. The revenue generated through sale of the African blackwood, along with other valuable timber such as Julbernardia and Pterocarpus, will also be used to safeguard the future of the forest.

Much of the African blackwood is expected to be bought by instrument builders in Europe and abroad.

“At the end of January, one of our manufacturing partners will be launching an FSC-certified clarinet – the first woodwind instrument of its kind in the world.” said Bridgland. 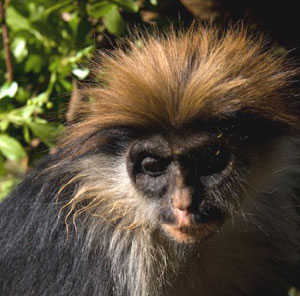