Paleontologists working in China have discovered a first for dinosaurs: a species with only one finger. Named Linhenykus monodactylus, the extinct species stood only about two feet high and weighed about as much as a large parrot. Although small, the new dinosaur was a member of the carnivorous therapod dinosaurs, which include the infamous Tyrannosaurus Rex. The find was announced in the Proceedings of the National Academy of Sciences.

Researchers speculate that the one-clawed dinosaur may have used its single digit on each hand to dig out insect nests.

“Non-avian theropods start with five fingers but evolved to have only three fingers in later forms. Tyrannosaurs were unusual in having just two fingers but the one-fingered Linhenykus shows how extensive and complex theropod hand modifications really were,” said Michael Pittman of the Department of Earth Sciences at University College London in a press release.

The fossils of Linhenykus monodactylus, named after the Chinese city of Linh, were found in rocks that fate back 84-75 million years ago. 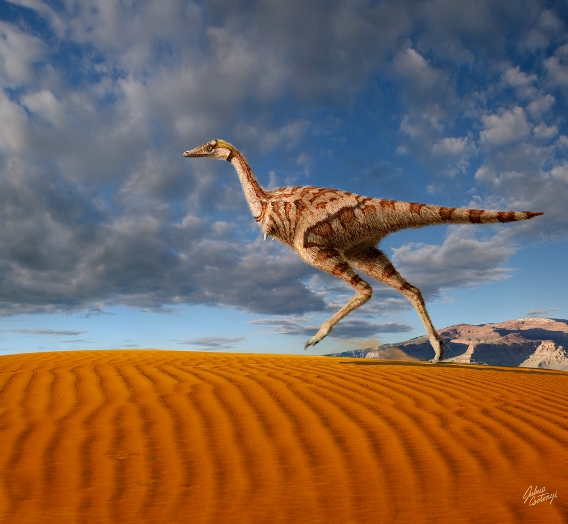 (01/13/2011) Scientists have announced the discovery of a new species of carnivorous dinosaur which lived 230 million years ago in what is today Argentina.

(05/04/2010) A dinosaur mystery over a hundred years old has been unraveled according to a new study in the Proceedings of the National Academy of Sciences.