The Antiguan racer (Alsophis antiguae) shares a similar story with many highly endangered island species. Invasive mongoose killed every racer on the Caribbean island of Antigua, leaving only a small population on nearby Great Bird Island. Confined to 8 hectares, this final population was being killed-off by invasive Eurasian black rats. By the time conservationists took action, only 50 Antiguan racers survived in the world. But here’s where the story turns out different: 15 years later, a partnership between six conservation groups has succeeded in raising the population tenfold to 500 snakes and expanded its territory to other islands through snake-reintroductions.

“I am proud we proved the pessimists wrong, and turned the fortunes of this unique and
endearing animal. Many people have contributed over the years, but special credit must go to the local volunteers,” said Dr. Jenny Daltry, Senior Conservation Biologist with Fauna and Flora International (FFI). FFI is a part of the Antiguan Racer Conservation Project, which includes five other international and local conservation organizations

The Antiguan Racer Conservation Project began by eradicating rats from Great Bird Island as well as 12 other offshore islands, which since 2006 have been included in a marine protected area, the North East Marine Management Area. Following eradication, the project carefully reintroduced the snake to other small islands, increasing the Antiguan racer’s habitat from 8 hectares to 63. However this is only 0.1% of the species’ original range. The project has also worked with locals, who used to sometimes kill the snake, to appreciate the rare species, unique to these few islands.

“Although the population of the racer has grown by leaps, we cannot stop now,” says
Natalya Lawrence, Program Coordinator for the Environmental Awareness Group, a member of the Antiguan Racer Conservation Project. “There is still a need for public awareness, continued monitoring, and stronger laws to protect the snake and other endangered species on our islands.”

Threats remain for the snake, categorized as Critically Endangered by the International Union for Conservation of Nature (IUCN) Red List, including climate change impacts such as rises in sea level or worsening hurricanes, which could swamp the islands. Researchers are currently looking for higher areas to reintroduce the species.

Conservation efforts for the Antiguan racers have helped other species as well. Eradicating rats from the snake’s previous habitat has allowed the island bird population to expand 30-fold in just 15 years. Among the first islands to see rats removed, Caribbean brown pelicans have expanded from two breeding pairs to 60, and white-crowned pigeons (listed as Near Threatened by the IUCN Red List) have gone from five pairs to 450. Scientists have also seen benefits for island lizards, sea turtles (the rats preyed on their eggs), and even plants.

The success to date of the Antiguan racer is representative of a recent report by the IUCN which found that, while one-fifth of the world’s vertebrates were threatened with extinction, targeted conservation action has been effective in saving some species from the brink. The report also found that conservationists were most successful when fighting off invasive species, rather than other large threats such as habitat loss or overconsumption. 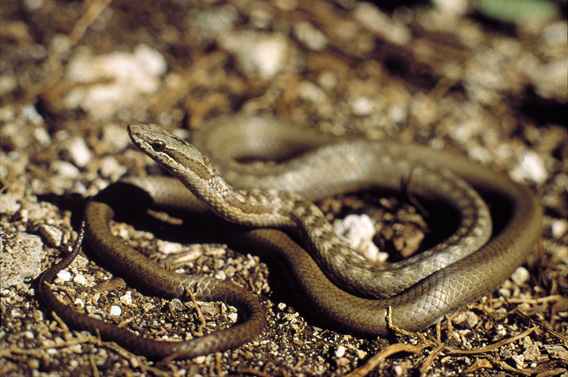 An Antiguan racer on Great Bird Island. Photo by: Jenny Daltry with FFI. 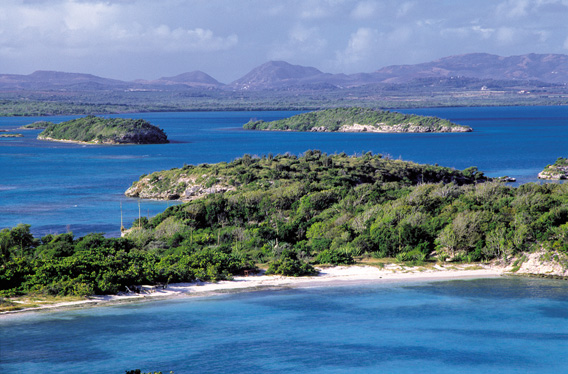 (06/09/2010) A number of reports over the last decade have shown amphibians, lizards, fish, and birds facing steep population declines across species and continents, providing further evidence that the planet is undergoing a mass extinction. Now a new study in Biology Letters adds another group of animals to that list: snakes.

The Caribbean’s wonderfully weird (and threatened) mammals, an interview with Jose Nunez-Mino

(01/18/2010) Not many people know the solenodon and the hutia, yet for the fortunate few that have encountered them, these strange little-studied mammals—just barely holding on in the Caribbean island of Hispaniola—deserve to be stars of the animal kingdom. “I could not quite believe it the first time I held a solenodon; I was in utter awe of this mesmerizing mammal. […] They have a long flexible snout which is all down to the fact that it is joined to the skull by a unique ball-and-socket joint. This makes it look as if the snout is almost independent to the rest of the animal. You can’t help but feel fascinated by the snout and inevitably it does make you smile,” Dr. Jose Nunez-Mino, the Project Manager for a new initiative to study and conserve the island’s last mammals, told mongabay.com in an interview.

(04/23/2009) In a rescue operation that sounds straight out of an action film, 50 mountain chicken frogs were airlifted from the Caribbean island Montserrat after the discovery of Chytridomycosis, a fungal disease that has wiped out amphibian populations worldwide. Already, hundreds of the critically-endangered mountain chicken frogs succumbed to the disease, which is thought to have made its way to the island in late 2008 or early 2009.