Researchers working to save Panama’s frogs from a fatal disease have stumbled on two species unknown to science. In Omar Torrijos National Park they found a bigger version of a common species, which is now known to be a unique species, and near the Colombian border they discovered a new frog that has been named after Spanish for DNA (see photos below).

Both frogs were discovered while researchers searched for frog populations in chytridiomycosis-infected areas. The highly contagious disease chytridiomycosis has devastated frog species worldwide and is believe to be at least in part responsible for some 100 extinctions of amphibians.

“We are working as hard as we can to find and identify frogs before the disease reaches them, and to learn about a disease that has the power to ravage an entire group of organisms,” said Roberto Ibanez in a press release. Ibanez is a research scientist at the Smithsonian Tropical Research Institute and local director of the Panama Amphibian Rescue and Conservation Project.

Panama Amphibian Rescue and Conservation Project is a program involving eight institutions working together to capture and collect healthy frogs in infected areas. The frogs will be bred in captivity as insurance policies against increasing extinctions.

Yet, the two new species prove that even in the midst of a full-scale amphibian plague, Panama still contains many surprises for herpetologists.

The new species from Omar Torrijos National Park named Pristimantis educatoris resembles a common frog, but larger. Round finger and toe pads proved it to be a different and unknown species.

The other new frog was discovered in Panama’s Darien Province. Dubbed Pristimantis adnus, the species name is a Latinized version of the Spanish terms for DNA, which is AND.

“We chose this name to underscore the usefulness of genetic techniques as we identify these new frog species and determine the relationships between tropical frogs that may look very similar,” explains Andrew Crawford, professor at University of the Andes and research associate with STRI.

Currently 197 frogs are known from Panama and Costa Rica, approximately 4 percent of the world’s frogs. According to the IUCN Red List, one third of the world’s amphibians are threatened with extinction. 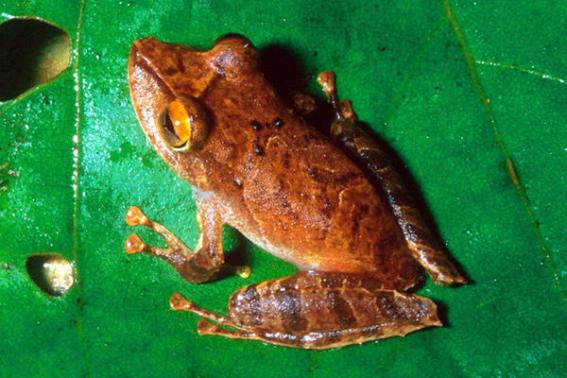 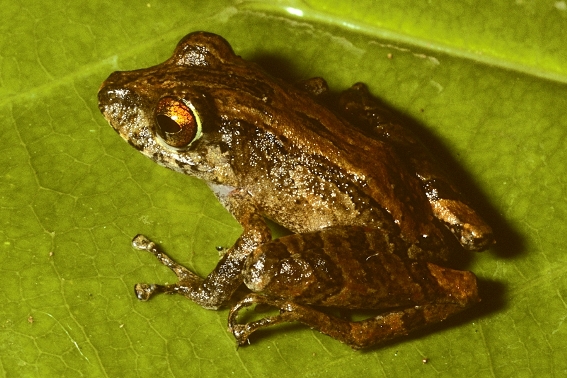 (05/26/2010) Archey’s frog is a survivor: virtually unchanged evolutionarily for 150 million years, the species has survived the comet that decimated the dinosaurs, the Ice Age, and the splitting of continents. Seventy million years ago New Zealand broke away from Australia, essentially isolating Archey’s frog and its relatives from all predatory mammals. Yet, if the New Zealand government has its way this species may not survive the century, let alone the next few decades. The New Zealand government has put forward a controversial proposal to begin opening three of the nation’s protected areas to mining: Great Barrier Island, Paparoa National Park, and Coromandel Peninsula where the last populations of Archey’s frogs live. According to critics, the government’s proposal could push Archey’s frog toward extinction, while negatively impacting a number of other endangered species, beloved wild lands, and a nation driven by tourism.

Photos: Madagascar’s wonderful and wild frogs, an interview with Sahonagasy

(03/03/2010) To save Madagascar’s embattled and beautiful amphibians, scientists are turning to the web. A new site built by herpetologists, Sahonagasy, is dedicated to gathering and providing information about Madagascar’s unique amphibians in a bid to save them from the growing threat of extinction. “The past 20 years have seen resources wasted because of a poor coordination of efforts,” explains Miguel Vences, herpetologist and professor at the Technical University of Braunschweig. “Many surveys and reports have been produced that were never published, many tourists found and photographed amphibians but these photos were not made available to mapping projects, many studies carried out by Malagasy students did not make use of literature because it was not available.”

(03/01/2010) One of the world’s most popular pesticides, atrazine, chemically castrates male frogs and in some instances changes them into completely functionally females, according to a new study in the Proceedings of the National Academy of Sciences. The authors conclude that atrazine likely plays a large, but unsuspected role in the current global amphibian crisis.