Commentary by Ryan King on 17 September 2009

The global political process to counter runaway climate change has become, for practical purposes, irrelevant. None of the currently proposed emissions reductions being seriously considered in policy making are appropriate to meet the severity of the situation. This overwhelming failure on the part of world governments is pushing the rapid unification of environmentalists, activists, scientists, and others to push for direct, immediate change.

Mainstream discussion in politics still revolves around the Kyoto Annex 1 (advanced industrial economies) creating 25-40% emissions reductions by 2020 when compared to a baseline from 1990, with the goal of stabilizing CO2e (carbon dioxide equivalent) at 450ppm. Climate science, however, indicates that this concentration would most likely lead to a temperature rise of more than 2 C, precipitating massive positive feedback loops of warming and leading to widespread environmental and social catastrophe.

UN Secretary Ban Ki Moon has admonished the G8 – the leaders of the world’s richest nations – for not giving attention to emissions reductions targets for 2020. It is evident now that the world’s rich nations and leaders will sit idly by as climate change eviscerates most of life on earth and much of the human population.

When scientists issued the 2007 Climate Code Red call for a global sustainability they made a very conscious effort to shift the terms of the discussion from “the business-is-usual paradigm is not sustainable” to the more appropriate, “radical is reasonable.” Global governance structures, however, are brittle hierarchies. They are slow to change and unable to adapt to the rapid and compounding threats posed by global change. 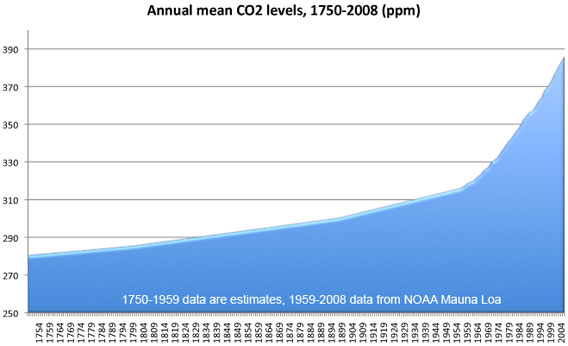 In order to alter the course of what has become a planetary disaster direct action will play and increasingly crucial role in all elements of social and environmental justice. Support must be directed to indigenous communities protecting the last vestiges of tropical forests, to reforestation programs, to legal support for environmental activists who have been labeled as criminals for attempting to salvage life on earth, and to the many emerging networks of direct action to halt fossil fuel combustion.

Some of our foremost leaders in climate activism have already been calling for civil disobedience and direct action in the climate movement. Al Gore, in August 2007, told the New York Times, “I can’t understand why there aren’t rings of young people blocking bulldozers and preventing them from constructing coal-fired power plants.” Sure enough young people and many others have been involved in these efforts, but they are typically hidden in mainstream media or characterized as “eco-terrorism.” NASA’s Jim Hansen as well as many other celebrities and environmentalists have been purposely arrested for acts of civil disobedience against coal and fossil fuel use. The upcoming meetings of G20 in late September will serve as another battlefield between activists and the world’s most powerful and polluting countries. 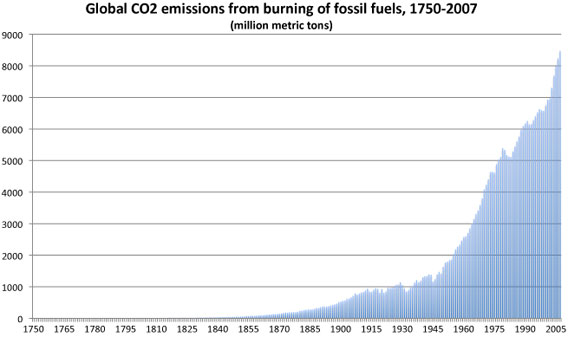 A recent update from climate science organization, “Climate Code Red” states, “it would take a miracle for COP15 in Copenhagen to produce a result that would even stabilize global emissions at their current level by 2020, in which case COP15 will blow the carbon budget to 2050 for 2 degrees in less than 20 year from now.”

“And that for a target that will that initiate large climate feedbacks in the oceans, on ice-sheets, and on the tundra, taking the Earth well past significant tipping points. Likely impacts include large-scale disintegration of the Greenland and West Antarctic ice-sheet; the extinction of an estimated 15– 40 per cent of plant and animal species; dangerous ocean acidiﬁcation; increasing methane release; substantial soil and ocean carbon-cycle feedbacks; and widespread drought and desertiﬁcation in Africa, Australia, Mediterranean Europe, and the western USA.”

The science and observations are clear: if the fate of climate change is left to be determined by political processes, the planet will suffer catastrophic and irreversible consequences.

Social and environmental justice groups are now targeting the G20 for its complicity in the ongoing climate crisis as well as a host of related issues. “Radical” environmental websites are buzzing with activity: background information, strategy, past and present conflicts are all being illuminated and shared through online global networks. One of the many recent calls for action at the G20 explains the situation,

“As we round the corner to the Pittsburgh summit a promising coalition of anti-capitalist, indigenous, anti-war, climate justice, economic justice, and anti-authoritarian groups are coming together to let the G20 know that our world is not for sale. In addition to marches and direct actions that are in the works, groups including the Mobilization for Climate Justice are organizing the 3 Rivers Climate Convergence Sept. 20th-25th in Pittsburgh to coincide with the G20 meetings. The climate camp will be a place to come together, learn, share skills, and plan action.”

Many other websites, such as Coal Swarm, post constant updates on direct actions and resources for radical change. Twitter and similar online social networks are being utilized to outpace the communications and organization capabilities of the state and police. Independent media coverage of these events will be almost instantly shared throughout the internet, inciting resistance and solidarity across the world.