Electricity can be a difficult commodity to procure in the remote areas where conservationists often work. Typically field researchers and wildlife rangers rely on gas-powered generators, which require imported fuel, often produce noxious fumes and disruptive noise, and can be costly to maintain. A better option, especially in sun-drenched parts of the world, is solar. Clean and silent, with no need for supplemental fuel, solar seems like an ideal fit for conservation work except for one major drawback: cost. But Stephen Gold – Solar and Technology Manager for Wildlife Conservation Network has been working to overcome that obstacle. 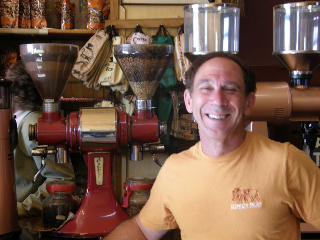 Stephen Gold in Ethiopia in 2008

Over the past five years, Gold has been providing conservationists, and the communities with whom they work, with donated solar equipment. The effort is paying off with solar now powering, or soon to power, projects in isolated parts of Botswana, Ethiopia, Zimbabwe, Mozambique, Tanzania, the Gobi desert in Mongolia, and Kenya. The electricity provides lighting, drives computers and communications gear, and even helps conservationists track elephants in real-time using GPS.

However, the mission has not been easy. Challenges have included logistics, availability of equipment and funding. Still, Gold is hopeful that with support, the initiative will expand to other parts of the world.

AN INTERVIEW WITH STEPHEN GOLD

Mongabay: What is your background and how did you get interested in solar power? 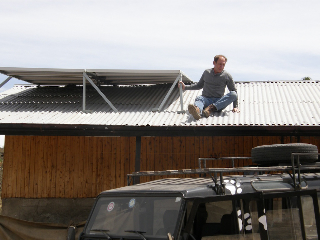 Stephen Gold on a working vacation in Ethiopia in 2008

Stephen Gold:
I have a varied background with diverse interests. I studied ancient history and classical archeology, and received a graduate degree. Through some interesting twists and turns, I became a General and Plumbing Contractor.

I first became interested in solar energy at a very young age, looking at satellites and solar cells powering small fans, but it was not until the early 1970s, that I really saw solar energy as a viable and sustainable alternative to fossil fuel.

Mongabay: How did your connection to wildlife conservation begin?

Stephen Gold:
I have traveled to a number of countries and I have always been attracted to animals and ecosystems. When you look into another being’s eyes, it changes you.

Mongabay: What was the inspiration behind providing solar power for conservationists in the field? 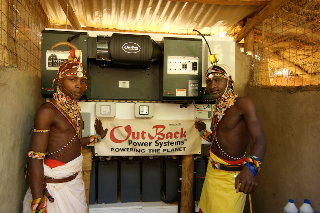 Two Maasi working with Save the Elephants in Kenya

Stephen Gold:
I attended the second Wildlife Conservation Network (WCN) Expo five years ago, and heard a talk by conservationist Rebecca Klein, who founded and runs Cheetah Conservation Botswana. She made a request for energy to maintain her project. I have a solar home in San Francisco, which I designed with electricity, hot water, and passive heat, so I thought that I could help.

Mongabay: From inception of this idea to completion of your first solar project, what was required of you and others to make this real?

Stephen Gold:
That was a long road. It started with calling local contacts, writing letters, emails, getting many rejections, and finally finding BP Solar, who gave the project a foundation. They donated all of the solar modules. Companies like Solar Depot in Petaluma, Outback Power Systems, MK Batteries, Morningstar Corp. and a local lumber company, Beronio Lumber followed, making the project a reality.

All of these companies donated materials, labor and tremendous good will, which enabled me to acquire the necessary components to put together the initial nine systems. Although I could not have done this alone, I personally put in many, many hours.

Mongabay: Now that WCN has a foothold in several countries, what’s the next step? More similar projects or larger scaled ones? 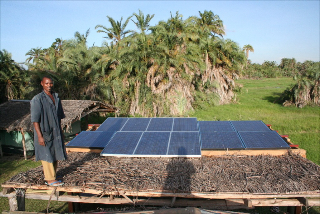 Stephen Gold:
The next step is happening right now. We are putting together systems for conservationists in Mozambique, Tanzania, Mongolia in the south Gobi desert, and Kenya. Two of these projects have power systems of over 5 KW, which is quite large. We will also be shipping out solar thermal (hot water systems), solar cookers, solar water pumps, and providing cutting edge low energy consumptions lights. This is an attempt to provide our conservationists with a “package” or paradigm of a zero carbon footprint to the best of our ability.

Mongabay: What are the biggest challenges WCN Solar faces in the near term? Long term?

Stephen Gold:
Like everyone else, funding. I have personally donated hundreds of hours and substantial amounts of money to make this project a reality. I will continue to have the same needs in the long term. More people need to understand that if we do not want our children to think of a cheetah as a mythological animal like a unicorn, we need to help people who are devoting their lives to saving them.

Mongabay: Is there a way to get the local communities to benefit where perhaps schools, clinics, etc can be established and work together with WCN’s conservationists? Studies have nearly always shown when the local populace benefits, tremendous success for wildlife conservation ensues. 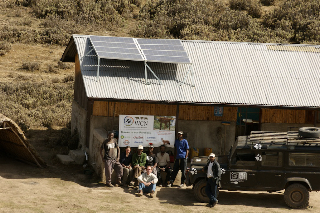 Ethiopian Wolf Conservation Project with Stephen Gold in the center

Stephen Gold:
All of WCN’s conservationists live and work with local communities and operate on the principle that conservation efforts can only be truly successful when we understand and address the needs of the human populations involved as much as those of the endangered species. All of our conservationists undertake projects that address the economic, education and health needs of the local communities in their areas, for example: