Three different species of frogs have been discovered living in the dung of the Asian elephant in southeastern Sri Lanka. The discovery—the first time anyone has recorded frogs living in elephant droppings—has widespread conservation implications both for frogs and Asian elephants, which are in decline.

“I found the frogs fortuitously during a field study about seed dispersal by elephants,” Ahimsa Campos-Arceiz, a research fellow from the National University of Singapore, told Monagaby.com. “I thought it was an interesting phenomenon and commented it with some colleagues, experts on elephant and amphibian ecology. None of them had heard about such a thing before. Local people in the study area…seemed also unaware of it.”

While Campos-Arceiz is uncertain why the frogs were residing in the elephant dung, he speculates that “elephant dung provides a good shelter. I found the frogs in an arid area during the dry season. Under such conditions and in the absence of litter, elephant dung is probably a good alternative to spend the day in. Elephants digest food very poorly. Their feces contain a large proportion of undigested material and are highly fibrous. When fresh, elephant dung is humid and probably cooler than the environment during the day. Moreover, frogs could eat some of the many invertebrates present in elephant dung.”

As Campos-Arceiz alludes to, he found more than just frogs taking refuge in the elephant droppings. Although frogs were the only vertebrates, he also found beetles, ants, centipedes, millipedes, scorpions, crickets, spiders, and termites, “suggesting that a dung pile can become a small ecosystem on its own,” Campos-Arceiz writes in the paper announcing his discoveries in Biotropica.

With the dung piles becoming like island ecosystems, it was apparent that these discoveries held import for biodiversity.

“Elephants (and their dung!) can play a facilitative role for other organisms,” Campos-Arceiz says explaining the many roles elephant dung plays in the larger forest ecosystem. “For plants, elephant dung provides a suitable germination environment after being dispersed by elephants. Fungi are also dispersed by elephants and some are extremely common growing in elephant dung. Invertebrates are extremely common as well. I was indeed impressed with the quantity and diversity of invertebrates in some dung piles…Vertebrates like jungle fowls and land monitors pick elephant dung to feed on these invertebrates; others like small birds and mammals can consume undigested material from the dung, sometimes acting as secondary seed dispersers. Elephant dung plays some role in nutrient cycling as well, moving nutrients from the vegetation to the soil. Elephants are capable of controlling the availability of resources for other organisms modifying the physical environment acting thus as ecosystem engineers.”

To test the importance of elephant dung regarding forest biodiversity, Campos-Arceiz searched through an additional 180 dung piles of free-ranging cows and buffaloes and found no frogs and far less diversity of invertebrates.

Classified as Endangered by the IUCN Red List, Asian elephants are threatened by the illegal ivory trade and habitat degradation and loss. Their range has shrunk significantly over the last centuries, and many researchers worry it will contract further.

“If we loss elephants from one particular site, all the biological interactions and ecosystem processes in which they are involved are lost as well,” Campos-Arceiz notes. “We know really little of how this affects to other organisms but cascade effects are expectable. Asian elephants are now Endangered after disappearing from most of their historical range. The same is true — if not worse — for most of very large animals in tropical Asia.”

Campos-Arceiz views elephant dung as a rich ecosystem with many mysteries. Aside from frogs, he suspects that “there could be some highly specialized taxa in elephant dung which, in the absence of elephants, might have difficulties to find an alternative in surrogates such as livestock dung.” He plans to continue studying the species living in elephant dung as well as its vital role as a seed-disperser. 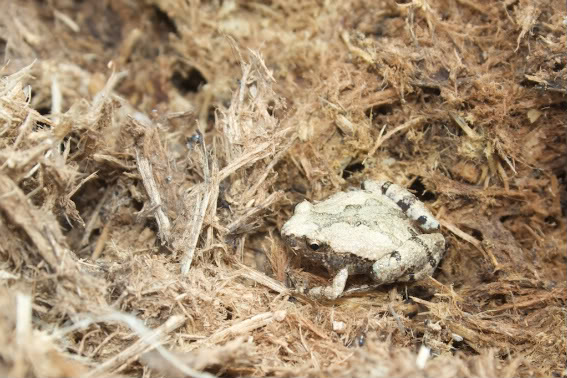 (04/05/2009) The largest wild population of Asian elephants in the world is threatened by development over a 2.5 kilometer wide corridor, according to Rainforest Information Centre which is apart of an international campaign to change the location of the development. The corridor, located in the Western Ghats of India, is the last unbroken forest leading the elephants from wet season to dry season feeding grounds. Unfortunately the corridor also connects two different Indian states: Kerala and Karnataka.

(02/19/2009) Indochina’s remaining elephants are at risk from surging ivory prices in Vietnam, according to a new report from the wildlife trade monitoring network TRAFFIC.

(01/15/2009) A population of 631 Asian elephants has been documented in Malaysia’s Taman Negara National Park, reports the Wildlife Conservation Society (WCS). The population may be the largest in Southeast Asia. Scientists from WCS and Malaysia’s Department of Wildlife and National Parks (DWNP) counted elephant dung piles to estimate the protected area’s population size. There were no previous scientific population surveys for elephants in the park.