Blockchain has been one of the hottest sectors in tech over the past couple of years, with cryptocurrencies like Bitcoin and Ethereum soaring in value as they captured the public’s attention. But blockchain has applications well beyond underpinning cryptocurrencies, including gaming and art.

On that latter front, a new initiative aims to raise money and awareness for conservation by leveraging the popularity of CryptoKitties, one of the world’s first blockchain games. A CryptoKitty is effectively a digital collectible — a piece of electronic art that is unique, tradable, and can be “bred” to produce more CryptoKitties. While the concept may seem abstract to the uninitiated, there is currently a market for CryptoKitties — in May, one Kitty sold for $140,000 at auction. More than $20 million in CryptoKitties have been transacted to date.

Seeking to capitalize on this interest, Axiom Zen, the company behind CryptoKitties, has just created “Honu“, a sea turtle-inspired CryptoKitty, in partnership with NGOs Ocean Elders and ACTAI Global. On Monday, Axiom Zen and the two groups put Honu up for auction, aiming to raise money for sea turtle conservation efforts in the Caribbean by supporting the Sea Shepherd Conservation Society in Antigua and Barbuda and Unite BVI. The bid stood at $25,000 as of 6 pm Pacific time on July 10th.

If the pilot proves successful, the idea could be expanded says Axiom Zen’s Cassidy Robertson, who spoke to Mongabay about how blockchain games could help conservation efforts. 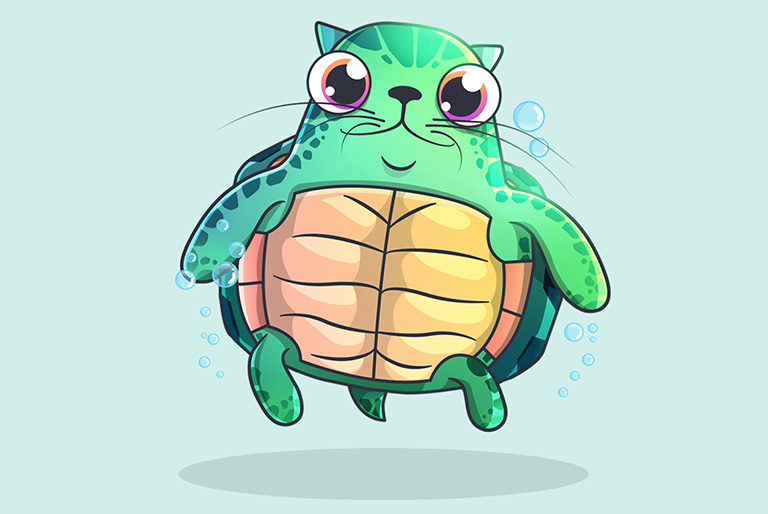 AN INTERVIEW WITH CASSIDY ROBERTSON

Mongabay: What is your background and how did you get involved with blockchain?

Cassidy Robertson: My background is in entrepreneurship, pursuing hackademics instead of formal education allowed me to try a lot of different things really quickly. I joined Axiom Zen a couple years ago and quickly learned how to introduce mainstream consumers to emerging technology and haven’t looked back!

Before tech, I was working in the nonprofit sector, advocating for the environment as well as bringing leadership training to teens. I was working on the communications team at the Sierra Club, at the time I was living in a city who’s job force depends heavily on oil and gas so I spent most of my time encouraging folks to spend more time outside and organized a lot of day trips and hikes to showcase what needs to be protected. Once people had a chance to connect with nature they were more receptive to the other initiatives we lead. These were more actional oriented, ie introduction to gardening or hydroponics, creating sustainable cosmetics, and lots of speaker series to help our members feel more empowered to protect our planet.

Mongabay: For those who aren’t familiar with CryptoKitties, what is the basic premise?

Cassidy Robertson: CryptoKitties is a game built on the blockchain, players collect and breed digital cats. Certain breeding combinations can unlock rare or new cattributes creating new exciting cats. We built CryptoKitties as a way to make blockchain more approachable, we believe blockchain will play a big role in our future and we want to ensure it’s inclusive to as many people as possible.

Mongabay: And how could something like CryptoKitties benefit conservation efforts?

Cassidy Robertson: We’ve partnered with Ocean Elders and ACTAI Global to support fundraising efforts for various sea turtle conservation efforts. We’re working to bridge conservation and technologists together to create a larger impact. This is the first time we’ve done something like this and are excited to see how the pilot goes, check it out here! www.honukitty.com

Proceeds from the Honu auction will support the work of Operation Jairo, lead by the Sea Shepherd Conservation Society in Antigua and Barbuda, the funds will also benefit Unite BVI, in the British Virgin Islands protecting endangered sea turtles during mating, from poachers and from illegal harvesting. The winning bidder of Honu with get to decide what happens to Honu (it could be breed, resold or simply remain a collector’s item) but the auction beneficiaries have already been chosen this time. 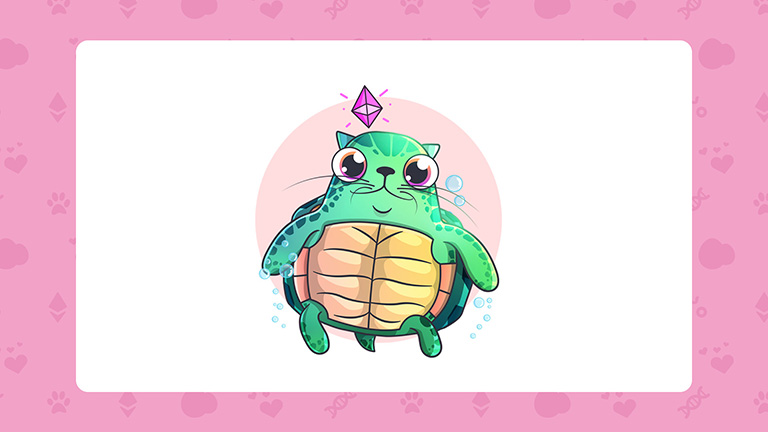 Mongabay: Scarcity is the enemy of exploited endangered species — the rarer they become, the greater their value to collectors or poachers. Would there be a way to engineer this issue into SpeciesChain/CryptoSpecies such that the value increases as a species recovers? For example, if an endangered Javan rhino has a calf in real life, could the associated token also increase in value?

Cassidy Robertson: This is such a cool idea, we’ve been thinking about how the cats can be a larger force for good and this concept of reverse scarcity has come up during brainstorming. It would require a new smart contract to implement, but it’s definitely possible! I’m heading up the kittyverse, and working to better support extensibility- some of our community has been thinking of ways to do this as well and I’m eager to see what build together.

Mongabay: How else could blockchain support wildlife conservation?

Cassidy Robertson: I’m eager to see how the blockchain can support more sustainable supply chains, we don’t need to store all information on a public ledger, but having a source of truth in regards to where problem materials are coming from could make it a lot easier for consumers to make better decisions. Having access to this data could also support stronger environmental protection policies.