by Elizabeth Claire Alberts on 3 May 2021

The South African government has made a landmark decision to end the nation’s captive lion breeding industry. This includes closing down facilities that offer touristic experiences like canned hunting and lion petting, and halting the commercial use of captive lions and their derivatives.

News of this decision was made public May 2, when the government released a much-anticipated that detailed the future management, breeding, hunting, trading and handling of captive lions, as well as other species such as elephants, leopards and rhinoceroses. The high-level panel consisted of a diverse group of individuals, including conservationists, scientists, government officials, community leaders, economists, legal experts, trade experts and welfare experts, according to a government press release. 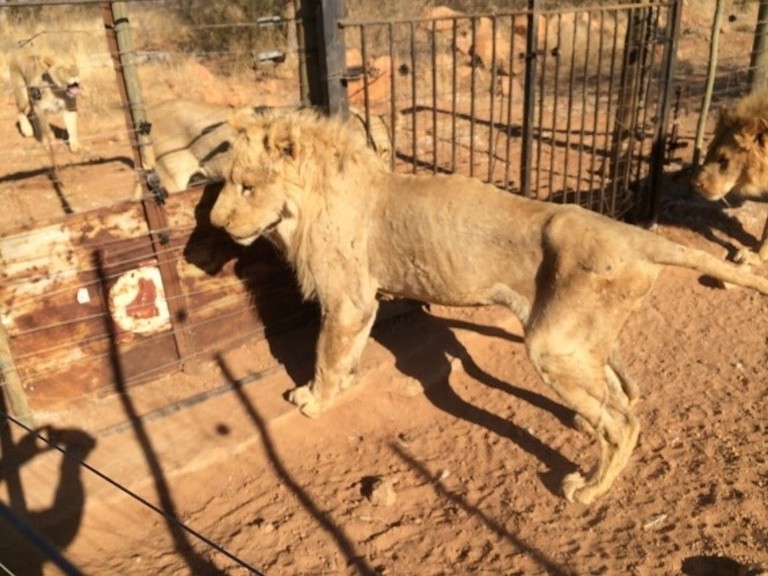 The move is being celebrated by conservationists and animal welfare advocates who have worked for years to expose the numerous issues associated with the captive lion industry, including the unhygienic, stressful conditions that lions are commonly subjected to at these facilities. These conditions not only affect the health of the animals themselves, but also create the perfect environment for dangerous pathogens to spread among the animals, and for disease to spill over into the human population.

“This is a significant shift in thinking, and it’s far, far greater than anyone would have thought a year ago, or even six months ago,” Ian Michler, director of the nonprofit organization Blood Lions, who has worked on this issue for the past 25 years, told Mongabay in an interview. “And it’s the first time we believe that we have a ministry or government that is really committed to dealing with these issues.”

“Blood Lions has campaigned against this cruel and unethical industry and its spin-off activities for many years, and we are extremely happy by the Minister’s decision to bring an end to the commercial captive lion breeding industry,” Louise de Waal, director and campaign manager of Blood Lions, said in a statement. “We commend the Minister in her decisive leadership, and we would welcome the chance to play a role in assisting her, the various Departments and entities in the phasing out process to come.”

The recommendations in the report now need to go through parliament for legal ratification, but Michler says he is very confident that things will go forward in a positive direction.

“We believe the fact that Cabinet have ratified it — and the minister — and that they released the report are all really good signs,” he said.

There are 366 captive lion facilities in South Africa holding about 8,000 lions, according to official government estimates. But according to Blood Lions, there could actually be 450 facilities holding up to 12,000 lions. 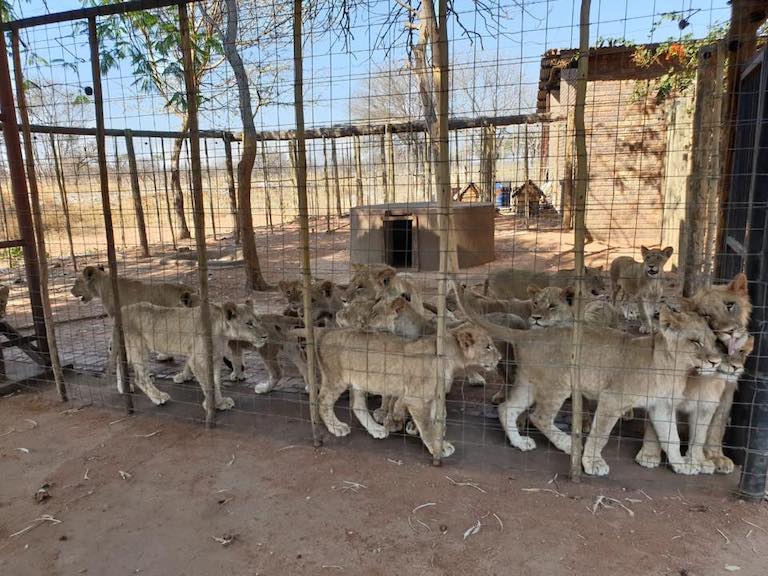 Many of these places have historically offered tourists the opportunity to pet lions, walk with them, or even shoot them in artificial hunting environments, a controversial practice known as canned hunting. There are also breeding or holding facilities that supply lions for the tourism purposes, but also kill lions for their skin, meat, skeletons and other body parts, some of which is used to create wine and other products for the traditional Chinese medicine market.

Between 2016 and 2017, the NSPCA Wildlife Protection Unit inspected 95 lion breeding and holding facilities and found dozens of them keeping lions in inadequate enclosures without proper hygiene, food, enrichment activities, or even veterinary care for injured or sick lions.

“If it’s difficult and tricky to look after two big cats in genuine … conservation programs, what’s the deal going on in some of these facilities where there’s a completely different ethos, and it’s about packing as many animals as you can [into facilities] to commercially breed them for different experiences and body parts?” Neil D’Cruze, global head of wildlife research at World Animal Protection, told Mongabay in an interview. “Especially with the NSPCA findings about just how terrible and really gruesome the conditions were for the animals inside. It really raised alarm bells.”

The COVID-19 pandemic has likely brought additional challenges to the lions in these captive facilities as tourism has come to a grinding halt. Experts say many centers will have euthanized their lions or allowed them to slowly starve to death.

Shutting down the captive lion industry will require a phasing out period, Michler says. The first and most important step, he says, is to make sure that these lions are no longer breeding. After that, there needs to be an audit of the industry to get a full understanding of which lions can be transferred to genuine sanctuaries, and which ones would need to be humanely euthanized.

D’Cruze agrees that making sure the lions are no longer breeding is an important first step in ending the captive lion industry.

“It’s a real win for wildlife,” he said. “I think commitment for change is the most courageous step and the most important one. [There’s] going to be difficult steps along the way, but with that majority percentage, everyone’s working towards the same goals. It is about making sure that this is the last generation that was born in this system in those conditions.”