by Malavika Vyawahare on 18 December 2020

The entry of STENA ICEMAX, a hulking 750-foot drilling vessel, into Bahamian waters this week signaled that a months-long battle over the blue waters of the Caribbean nation had come to a head.

The ship, deployed by Bahamas Petroleum Company (BPC), is set to begin exploratory offshore oil drilling in Bahamian waters, 240 kilometers (150 miles) from the coast of Florida, this month.

Environmental groups approached the Bahamian Supreme Court on Dec. 10, saying the government’s granting of permits was “procedurally unfair, unlawful, an abuse of power.” They are seeking an immediate stay on BPC’s drilling operations.

The group Our Island Our Future (OIOF) launched a campaign earlier this year after BPC made public its intention to start drilling. The coalition is made up of 41 Bahamian NGOs and businesses and more than 55 U.S.-based NGOs.

“BPC will vigorously oppose the application, and we understand that the Government of The Bahamas will be doing likewise,” Simon Potter, BPC’s chief executive officer, said in a statement shared with Mongabay. “BPC’s drilling plans have been public knowledge for almost a decade, and the Government provided Environmental Authorisation to BPC in February 2020, following an extensive program of work.”

Small-scale sporadic oil drilling has taken place in the Bahamas over the decades, but the scale of BPC’s planned operation is many times larger.

Headquartered in the Isle of Man, a tax haven, the company has five licenses to conduct exploration across 1.6 million hectares (4 million acres) of Bahamian waters. It is currently singularly focused on the Bahamas. Its exploratory oil well, named Perseverance #1, will target reserves that the company says could produce between 770 million and 1.44 billion barrels of oil, worth anywhere between $50 billion and $100 billion. This is several times the GDP of the Bahamas ($11.2 billion).

Environmentalists oppose the project on multiple fronts, including its potential impact on nearby marine protected areas and fish stocks, and the repercussions of possible spills. “We are of the view that all offshore drilling is dirty and dangerous,” said Rashema Ingraham, executive director of Waterkeepers Bahamas, one of the plaintiffs in the Supreme Court case. “We are particularly opposed to this oil drilling because of the lack of transparency by this company and the government.”

Ingraham said the contract and documentation relating to permits was not available in the public domain. Opponents point to BPC’s lack of experience in the sector — it has never taken on an oil exploration of this magnitude — the drilling vessel’s poor safety record, the company’s lack of transparency, and issues with permits and environmental assessments. 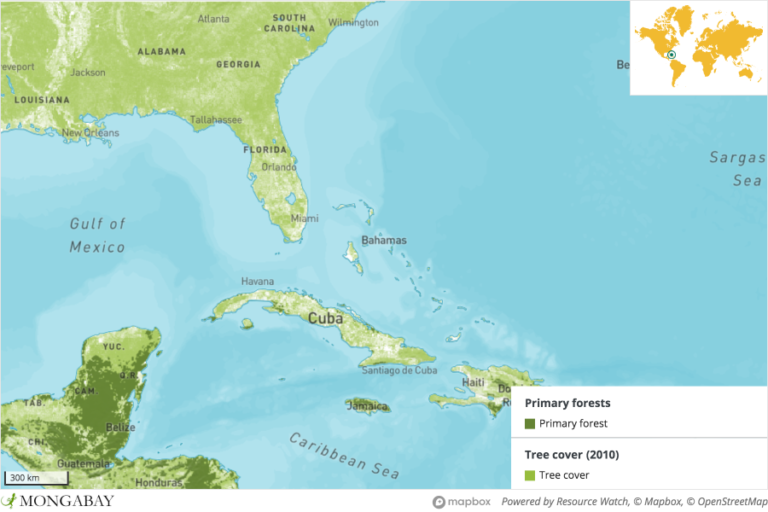 A study by an NGO, the Bahamas Marine Mammal Research Organization, which is part of OIOF, found that the exploratory well will be located in an area used by dolphins. The authors highlight that BPC’s environmental impact assessment, a study that is necessary to obtain an environmental authorization, did not include sufficient information about marine mammals in the region.

BPC maintains the well is located in a busy shipping lane, far from traditional fishing grounds, and is unlikely to hamper the Caribbean island’s tourism activities.

The specter of the Deepwater Horizon oil spill looms large over the operation. Activists say the company is not adequately prepared for such a crisis.

“The Bahamian government should learn from our tragedy,” a group of U.S. legislators wrote in a letter to U.S. Secretary of State Mike Pompeo, asking the State Department to lobby the Bahamian government to halt the project. “Unfortunately, oil spills do not respect state or national boundaries.”

Ten years ago, an explosion at BP’s exploratory well in the Gulf of Mexico led to one of the worst oil spills in history. It was responsible for the deaths of thousands of marine animals and contaminated habitats for years to come.

The Bahamas’ exclusive economic zone (EEZ) in the Caribbean Sea that lies east of the Gulf of Mexico abuts onto the U.S. EEZ. Activists in the U.S. say they fear that an incident in Bahamian waters could prove disastrous, especially for the U.S. East Coast.

Offshore oil drilling has emerged as a hot-button issue in the U.S., featuring prominently in the 2020 presidential race. The U.S. is the top crude oil producer globally and relies heavily on offshore fields for its crude oil and gas supply. Extensive oil and gas reservoirs are located offshore of Louisiana, Texas, California and Alaska. Offshore reserves in the Gulf of Mexico account for 17% of total U.S. crude oil production.

President Donald Trump announced a 10-year moratorium on drilling off the U.S. East Coast, effective until 2032. President-elect Joe Biden, who says he opposes new offshore drilling, accused Trump of pandering to voters. The eschewing of offshore drilling is seen as a win by environmental campaigners in the U.S. It has spurred advocacy against projects in nearby countries’ waters that could jeopardize gains from the ban.

In the Bahamas, too, the oil drilling project is a political hot potato. Since the requisite permits were granted to the company over the course of more than a decade under different administrations, leaders have been quick to deflect responsibility in the face of opposition. Earlier in December, Prime Minister Hubert Minnis said “I am totally against oil drilling in our waters,” adding that “when we discussed it with the legal department we were advised that the commitment and everything was signed basically and we could not get out of it.”

The opposition leader, Philip “Brave” Davis, of the Progressive Liberal Party (PLP), which was in power when BPC was first awarded licenses in 2006, said he supported “environmentally friendly” oil drilling. He also chastised the PM for trying to distance himself from the deal, noting that the current government had renewed BPC’s licenses.

BPC for its part has questioned domestic support for the anti-drilling campaign. “The Bahamian government is exercising its legitimate, sovereign right to find out if The Bahamas has its own hydrocarbon — oil — resource,” Potter said in a statement. He added the island’s economy, battered by the effects of Hurricane Dorian in 2019 and COVID-19 this year, could rebound on the back of revenues and much-needed jobs from drilling. According to BPC, its project could generate about $5 billion in tax revenues for the Bahamian government.

However, the fact that the area lies in the path of hurricanes is seen as a risk by environmentalists. In September last year, Hurricane Dorian damaged an oil storage facility belonging to Norwegian firm Equinor, leaking an estimated 55,000 barrels. The spill was mostly confined to the terminal, the company said, but some local NGOs have raised concerns about groundwater contamination and damage to critical wetlands.

“Offshore drilling is always risky. But building offshore facilities in a hurricane-prone region should be an alarming prospect for everyone,” a statement from the office of Debbie Mucarsel-Powell, a U.S. legislator from Florida, said

A court date has not yet been set for a hearing for a stay on BPC’s operations.

The drilling work, if it receives the court’s go-ahead, is expected to last two months. It will determine if viable oil deposits exist. If the company’s efforts come to fruition, Ingraham of Waterkeepers Bahamas said she was more concerned about “the little spills that occur every day releasing those toxic pollutants into the marine ecosystem” than with a Deepwater Horizon-variety mega spill.

“It will definitely affect the marine organisms as well as plant life around that area, with the potential to affect the lives of many of over 120,000 persons who are employed in tourism or the fisheries industry,” she said.

Banner Image: A representative image of The Bahamas/Pikist.

(Editor’s Note: This article has been updated to add the most recent GDP data for The Bahamas.)