Report unmasks indiscriminate killer of elephants: poaching not for ivory, but for skin

Growing Chinese demand for products made from elephant skin is a rapidly growing threat to the species’ survival in neighboring Myanmar, a new report warns.

Over the past decade, Myanmar has seen a significant increase in the number of Asian elephants (Elephas maximus indicus) killed, with conservationists pinning the blame on poachers. In 2010, four elephant carcasses were found in the wild in Myanmar, according to government data cited in the new report from U.K.-based conservation group Elephant Family. In 2013, the number was 26; by 2016, it was 61. Government statistics for 2017 record 59 wild elephant deaths, most of them poached.

The Elephant Family report and other recent publications highlight a major driver behind the increase in poaching: demand for elephant skin. Organizations such as WWF-Myanmar, Traffic and the Smithsonian Institution have reported that elephant poachers in the Southeast Asian country are killing the animal for its hide. The tough skin is ground up for traditional medicine or turned into fashion accessories such as beads or pendants.

In its report published last month, “Skinned: The growing appetite for Asian elephants,” Elephant Family describes how the transnational animal hide trade sees poachers feed demand in both the physical and online markets in China.

“We began by monitoring live trade, but then discovered there was a marked increase in poaching in Myanmar,” Belinda Stewart-Cox, the group’s director of conservation, said in a statement. “We were shown images of elephant carcasses found with strips of skin missing and, more recently, carcasses that had been entirely surgically skinned.”

The researchers, posing as buyers, started assessing physical and online markets offering elephant skin, and were told by traders that the product was generally used for medicine and food in China. The earliest online discussion about elephant skin they could locate was from 2014 in a forum operated by the Chinese internet giant Baidu.

“We cannot be sure why the [elephant skin] bead manufacture and powder started in 2014,” an investigator with the Elephant Family wildlife crime team, who asked not to be named, told Mongabay by email.

But the investigator noted that many events happened around that time or just a few years before that might have jump-started the trend, including steps to eventually shut down China’s domestic ivory markets; a pharmaceutical licensing regulation by the Chinese government allowing the use of elephant skin; and increased enforcement around ivory in China. 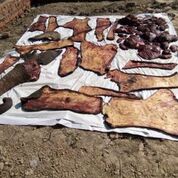 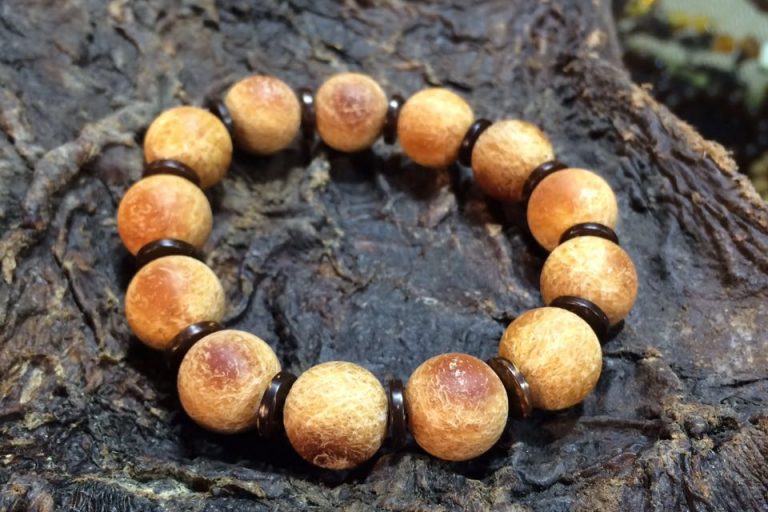 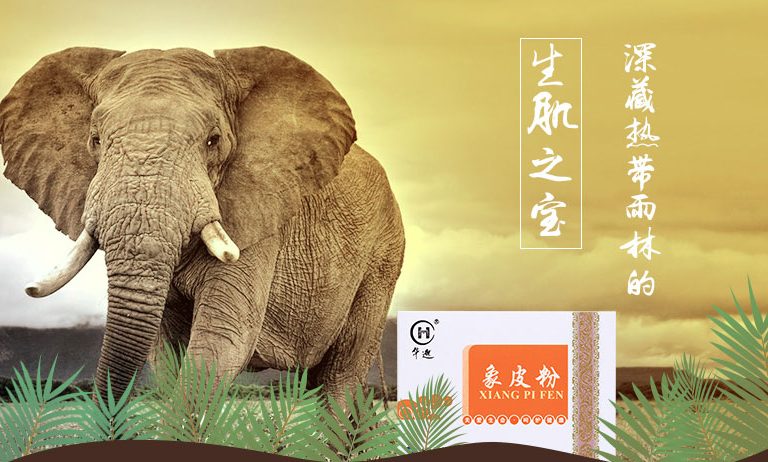 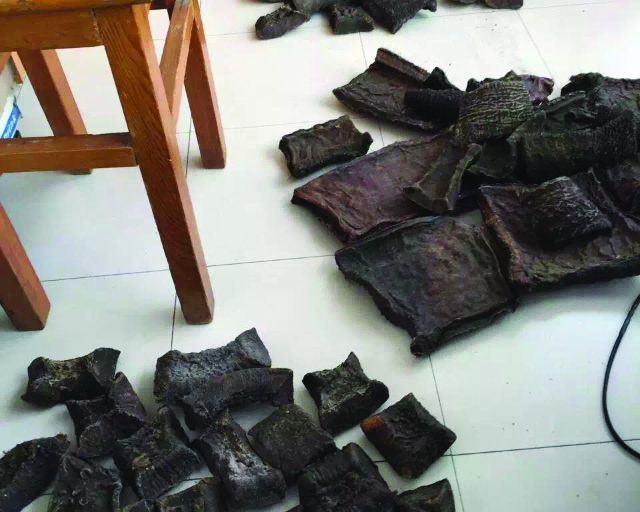 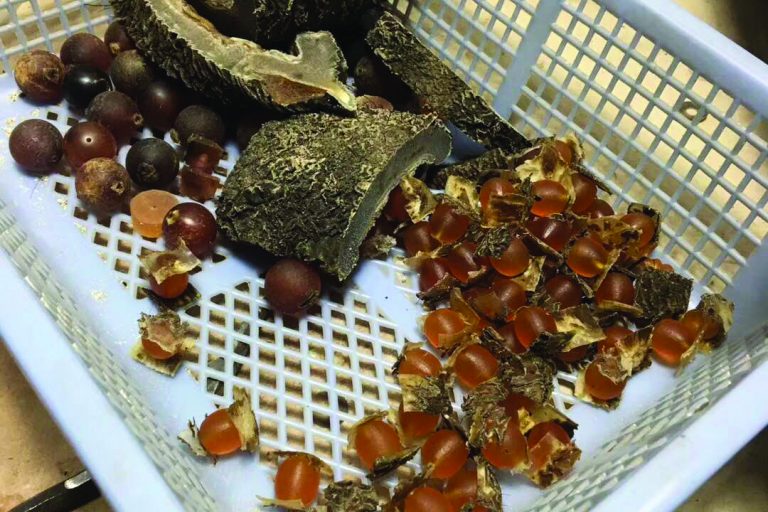 In its investigation, Elephant Family identified 50 individual Chinese traders selling through social media forums. It found the labels were printed in Chinese, prices were quoted in Chinese currency, and sales online were conducted in Mandarin.

The investigation led the group to a female trader, referred to as Jaz in the report, who claimed to be the first online provider of elephant skin powder and elephant skin beads. She started off plying her wares on the Baidu forum, and has since expanded to messaging application WeChat.

She was reported to be based in China’s Yunnan province, at a major border crossing with Myanmar, where she allegedly sourced elephant skin. She also claimed to have imported 400 kilograms (882 pounds) of elephant skin in March 2015 for the production of beads.

“I produce it myself … I invented the elephant skin beads … I even go to Myanmar and source the raw material myself,” the report quotes Jaz as saying.

The report also noted that of 11 online traders who claimed to know the product origin, nine cited Myanmar and two cited Laos. Some sellers also suggested other Asian countries and Africa as the source, but the researchers found little to no evidence to confirm the allegations.

The price of elephant skin products varies with market location and specific product type, according to the report. The average price for elephant skin pieces in Myanmar was 660 Chinese yuan ($108) per kilogram, according to the traders. (Traders in Myanmar quoted prices in Chinese currency). In Guangzhou markets, the average price was 1,800 yuan ($285) per kilogram, but traders would offer a lower average of 1,275 yuan ($200) per kilogram.

Meanwhile, online prices collated from 2017 and 2018 indicate that skin pieces are currently priced around 1,192 yuan ($190) per kilogram, excluding delivery. Elephant skin powder sells for more than double that, at 2,670 yuan ($425) per kilogram.

Bead prices are based on a combination of the size, color, clarity and design of the final product where applicable, according to the report. The per gram price for a “perfect” bead in 2015 and 2016 was 150 yuan ($24) on average. The highest price recorded was 205 yuan ($32). Even flawed beads have been advertised at 32 yuan ($5) per gram, while the raw material is sold at 1 yuan (15 cents) per gram. 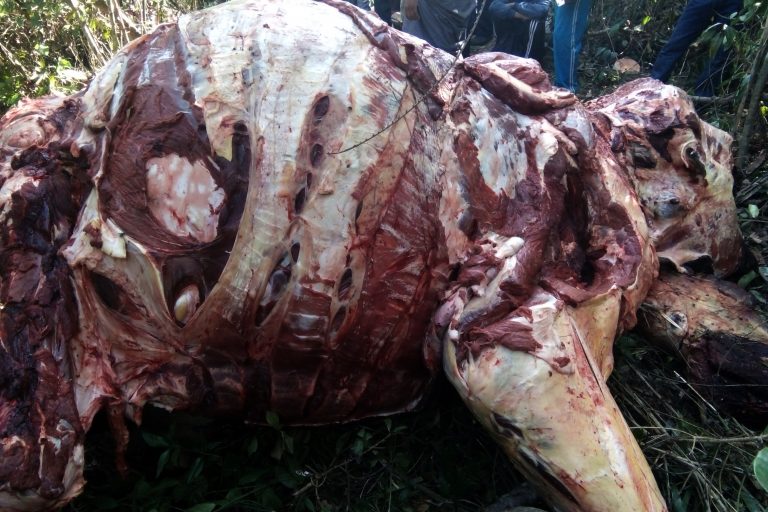 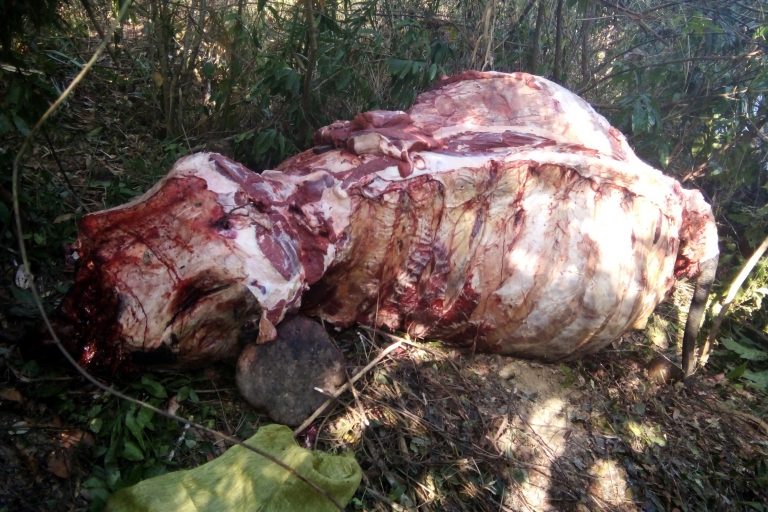 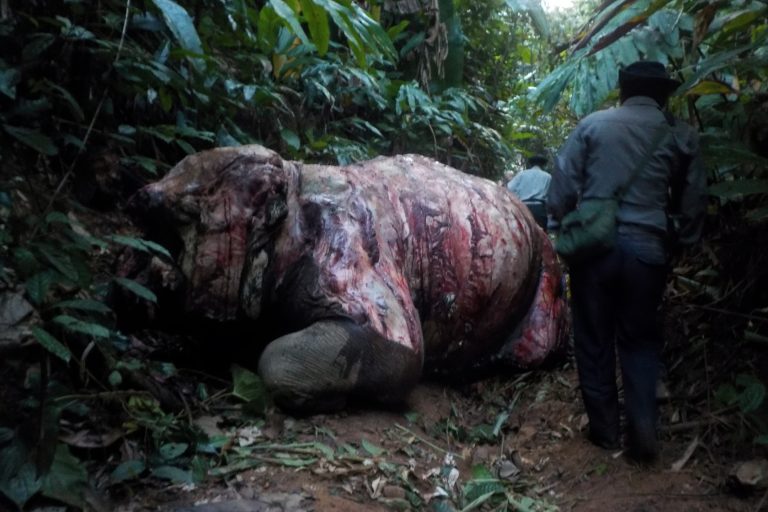 The elephant skin trade is potentially far more destructive than the ivory trade. In Asia, the latter typically targets adult male Asian elephants (females have small or no tusks), but the skin trade doesn’t discriminate on gender or age.

“The indiscriminate killing of any elephant — male, female, young, old — is a massive threat,” Stewart-Cox told Mongabay. “Taking out females and calves from a slow breeding species is a sure way of quickly eliminating fragile populations of, in particular but not exclusively, Asian elephants.”

The report breaches new ground in demonstrating the scope of the trade, said Peter Leimgruber, head of the Conservation Ecology Center at the Smithsonian Conservation Biology Institute. Leimgruber was not involved in the Elephant Family investigation, but has researched the elephant trade in Myanmar.

“The report produced by Elephant Family shows that poaching isn’t incidental,” he said. “Rather the poaching appears to be well organized to facilitate trade in elephant products in China; i.e. there is a clear link between systematic killing of wild elephants in Myanmar, skinning, transport to China, production of medicinal products and jewelry, and trade.

“Particularly disturbing is the revelation by Elephant Family that China’s State Forestry Administration may have issued licenses for trade in elephant skin products,” he added.

The notice issued in 2015 by China’s State Forestry Administration (SFA) appears to approve the pilot production of elephant skin products. The species approved for use is not clear; the product labels state wild African elephants, but third-party vendors say both African and Asian elephant skins are used in the manufacture of powder products. A linked annex to the notice lists Guangzhou Zhong Liang Pharmaceutical Co. Ltd. as the company granted permission to produce elephant-skin powder.

Asian elephants can be found in 13 countries, from India to Indonesia, yet their total population of 30,000 to 50,000 is barely a tenth of their African cousins. Asian elephants face threats from habitat loss, conflict with humans, poaching for ivory, and demand for live individuals to perform in the entertainment industry. The Asian trade in elephant skin is not new, but little has been done to address it, as ivory continues to dominate discussions on the trade in elephant parts.

For now, Myanmar is the main source of elephant hide for China, but wildlife experts warn that the skin trade in the rest of Asian elephant range countries may already be happening under the radar.

Elephant Family’s Stewart-Cox said her organization had recently received unconfirmed reports of poaching incidents where elephants had been skinned in peninsular Malaysia and Cambodia.

“We didn’t know this type of poaching was common in Myanmar,” Leimgruber said. “It is possible that [the elephant skin trade] is happening but the conservation community has not yet picked up on it in these places.”

Conservationists have called on the Myanmar government to boost law enforcement, beef up forest patrols, and increase conservation outreach and awareness on elephants in the country.

“In any case, I would advocate for more intensive research in wild elephant populations closer to the Chinese border,” Leimgruber said.