Last Tuesday, a guest at Ndutu Lodge in Tanzania’s Ngorongoro Conservation Area observed something unusual: a five-year-old wild lioness nicknamed Nosikitok was nursing a leopard cub estimated to be only a few weeks old.

Lions have been known to sometimes kill leopards to eliminate competition. So this cross-species nursing has surprised scientists.

“This is a truly unique case,” Luke Hunter, President and Chief Conservation Officer at Panthera, the global wild cat conservation organization, said in a statement. “I know of no other example of inter-species adoption or nursing like this among big cats in the wild.”

Nosikitok, who is currently collared and monitored by Tanzania-based conservation NGO KopeLion supported by Panthera, is believed to have given birth to her second litter of cubs in mid to late June. Hunter thinks that the lioness’s maternal instincts may have driven her towards caring for the leopard cub.

“She is physiologically primed to take care of baby cats, and the little leopard fits the bill—it is almost exactly the age of her own cubs and physically very similar to them,” Hunter said. “She would not be nursing the cub if she wasn’t already awash with a ferocious maternal drive (which is typical of lionesses).”

The circumstances that may have brought the lion and leopard together still remain a mystery, but Hunter suspects that Nosikitok may have lost her own cubs, and adopted the orphaned leopard “in her bereaved state when she would be particularly vulnerable.”

Despite the heartwarming association, chances of the leopard’s survival are slim, Hunter said.

“It is very unlikely that the lioness’ pride will accept it,” he said. “Lions have very rich, complicated social relationships in which they recognize individuals—by sight and by roars—and so they are very well equipped to distinguish their cubs from others. If the rest of the pride finds the cub, it is likely it would be killed.” 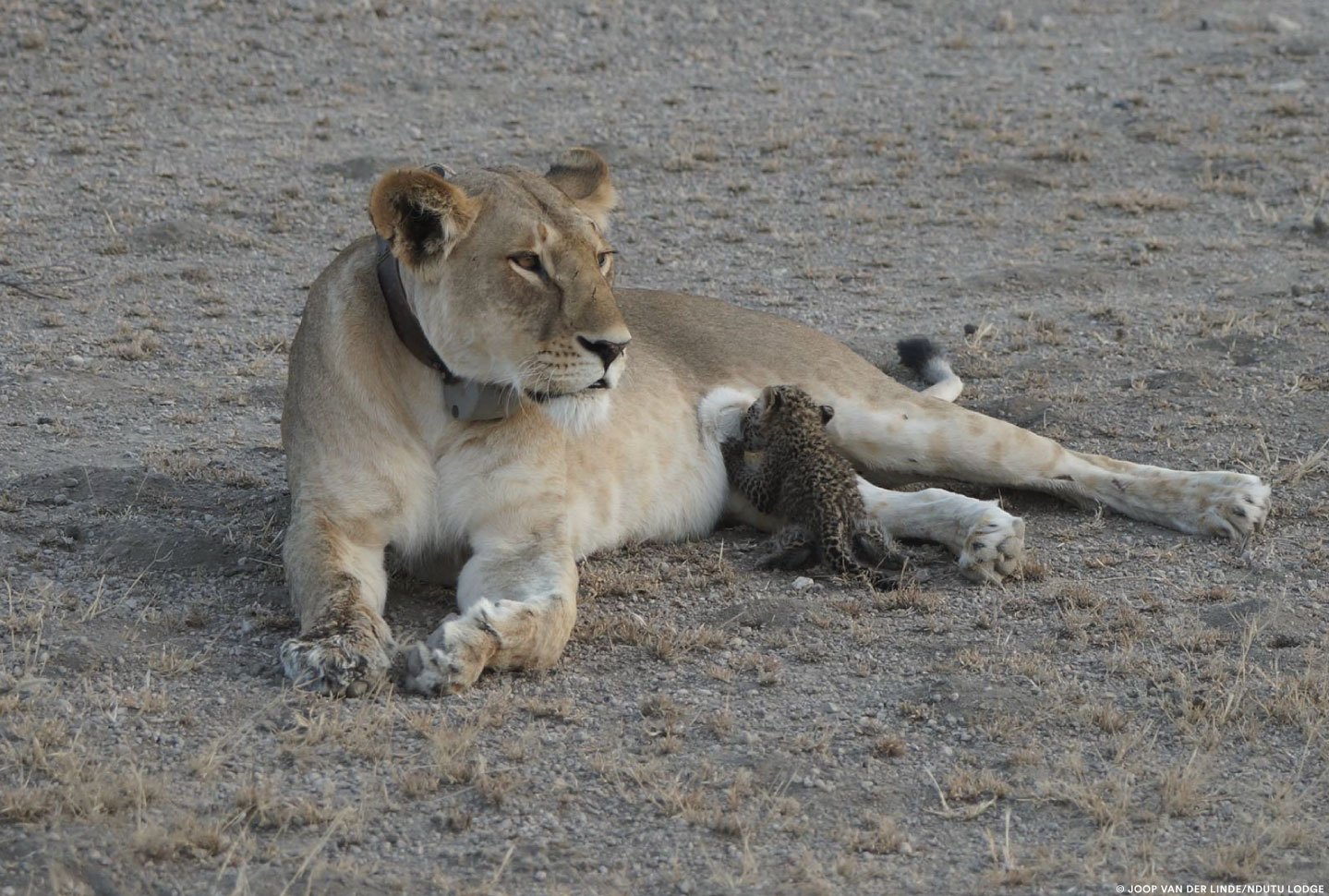