The United States has banned imports of fresh beef from Brazil due to food safety concerns.

On Thursday the United States Department of Agriculture suspended fresh beef imports from Brazil until the country “takes corrective action” to address “public health concerns, sanitary conditions, and animal health issues”, according to a statement from the agency.

The USDA stepped up inspection of Brazilian beef in March following revelations of sub-standard practices among some the country’s largest meatpackers, including JBS, the world’s biggest meat processor. JBS, which has acquired several U.S. meat companies over the past decade, is currently caught up in a corruption scandal that has entangled President Michel Temer, among other officials.

Until Thursday’s suspension, the USDA had been inspecting 100 percent of all meat imports from Brazil and had refused entry to 11 percent of Brazilian fresh beef products, a figure more than ten times higher than the global norm, according to the agency. The Brazilian government says it is working to address these issues.

Brazil is one of the world’s largest beef exporters and is the fifth biggest supplier of beef to the United States. Most of Brazil’s beef production is consumed domestically.

Clearing of forests for cattle pasture is the biggest driver of deforestation in Latin America and accounts for more than 70 percent of rainforest loss in the Brazilian Amazon. Still larger areas of forests are cleared to produce feed for livestock. 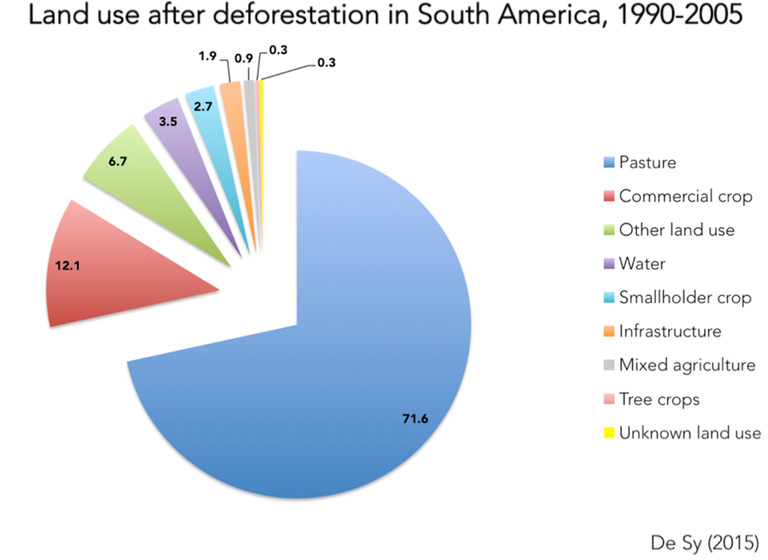