The root, thought to resemble two human hands, is being marketed as a “magical” good luck charm that can bring good health, happiness, and ward away evil spirits, the joint Indian and British team of scientists and investigators announced in a press release.

The team found that fake Hatha Jodi are being sold in spiritual stores in cities like Delhi, grocery stores in rural parts of the country, and along pilgrimage sites. These are also being sold through major online retailers like Amazon, eBay, Alibaba, Snapdeal and Etsy to customers around the world.

“I first became fully aware of this as a potential illegal trade issue of animal welfare and conservation concern in December 2016. That’s when I first saw evidence that ‘Hatha Jodi’ were being sold at spiritual stores in urban centre of Delhi,” lead scientist Dr Neil D’Cruze of World Animal Protection said in an email. “Soon after we sought — and established — that these items were also available for purchase in rural areas across India. Also online research, revealed after a few clicks, that they were also up for sale on all the major online retailers that spring to mind. The scope and scale was a real shock to the system.”

Investigators have seized large numbers of illegally sourced Hatha Jodi during raids conducted across the states of Odisha, Andhra Pradesh, Madhya Pradesh, Gujarat and Rajasthan in India. A recent bust, for example, uncovered 210 Hatha Jodi in a house in Bhubaneswar, the capital of Odisha.

Dealers claim that Hatha Jodi comes from a rare plant that grows in a few sacred sites in Lumbini valley in Nepal and Amarkantak hills in central India. But laboratory tests carried out by India’s Wildlife Crime Control Bureau (WCCB) and Manchester Metropolitan University in the UK have confirmed that the Hatha Jodi being sold online and in stores are in fact dried penises of the Bengal monitor lizard (Varanus bengalensis), the Yellow monitor lizard (Varanus flavescens), or their plastic replicas.

“If a real plant does exist at these extremely remote locations, then the four Indian species of Monitor lizard, given their wide distribution, would be easier and cheaper to source,” D’Cruze said. “If the plant does not exist then it is just a deceitful piece of marketing used to dupe customers.” 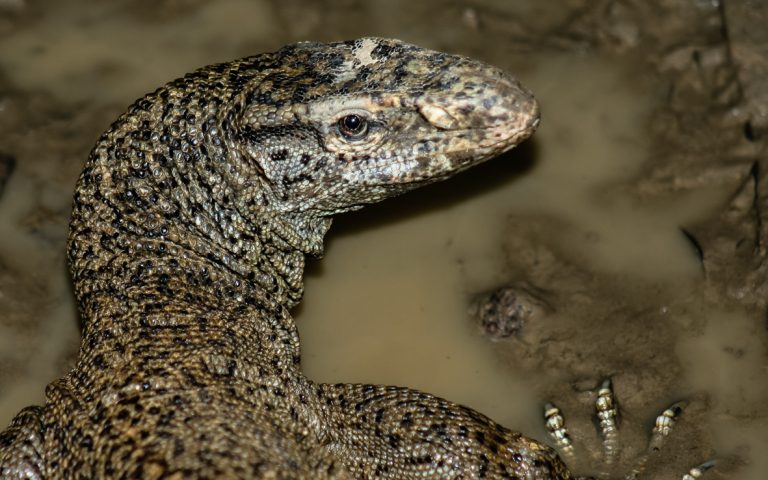 “I suspect that there are a few customers that do know that Hatha Jodi is actually monitor lizard hemipenis — as some online retails specifically state ‘this item is real Hatha Jodi – not fake’ but do not explain what real and or fake means,” D’Cruze added. “But I suspect that the majority simple buy the Hatha Jodi thinking that it is in fact a holy root. As I say more research focused on consumers is need to truly get to the bottom of this bizarre situation — including when this trend started.”

All four species of monitor lizards found in India — Bengal, Yellow, Water and Desert monitor lizards — are listed under Schedule I of the Indian Wildlife (Protection) Act 1972, making the trade in these animals or their body parts illegal in India. The Bengal and Yellow monitor lizards are also listed under Appendix I of the Convention on the International Trade in Endangered Species of Flora and Fauna (CITES), which bans their global trade.

“This international illegal trade is of major concern for the continued survival of the lizard species involved,” lead investigator Aniruddha Mookerjee said in a statement. “Both Bengal and Yellow Monitor lizards are protected under Indian and international law. But even a quick search reveals hundreds of items on sale, sometimes at prices over £200 GBP apiece. If left unchecked, this demand could grow to the extent that it pushes some wild populations over the edge. The product is freely available online and in shops across every major Hindu pilgrimage site in India.”