The United States Forest Service is about to release a huge new database chronicling the abundance and diversity of lichens across the country.

Why lichens? Because these amalgamations of fungi and algae or cyanobacteria — often found crusting over rocks and tree trunks or garlanding branches — are super sensitive indicators of air quality and climate change.

Lichen tissues absorb air pollution like a sponge. Delicate lichens are among the first forest denizens to die as pollutants like excess nitrogen and sulfur blow into forests from agricultural fertilizers, burning coal, and other industrial sources. And lichens are also sensitive to small changes in temperature and water availability that are associated with global warming. They do for forests what canaries do for coalmines.

“Lichens are such an easy thing to study and observe, and yet they can tell you what’s going on with the air,” Andrea Pipp, a botanist for the Montana Natural Heritage Program who helped collect the lichen data but is no longer affiliated with the project, told Mongabay. “And they can tell you before it kills the trees and before it hurts us.”

Forest Service field crews surveyed lichen diversity and abundance at more than 6,000 sites between 1989 and 2012. Researchers have already analyzed chunks of the lichen data. They’ve used it to document nitrogen pollution in Yosemite and Sequoia national parks, for example. But nobody’s had access to all of the information at once.

That will change when the whole dataset is released this summer as the National Forest Service Lichen Database. With a national dataset, researchers can look for broader trends and changes in the U.S. lichen community over time. 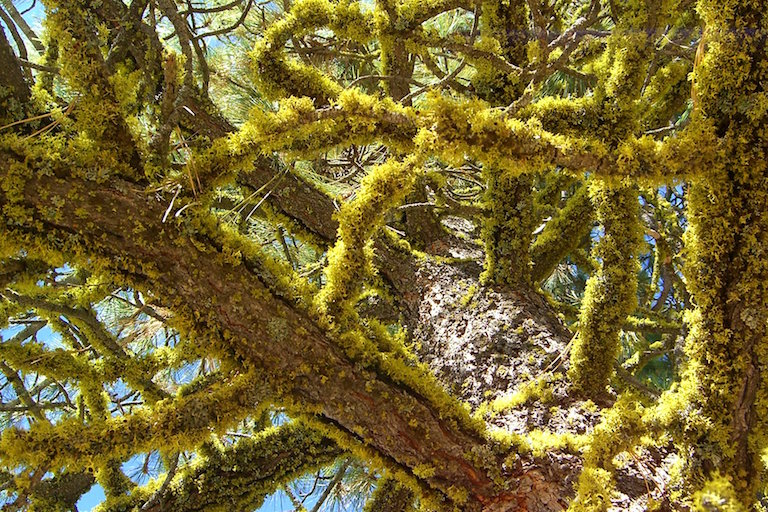 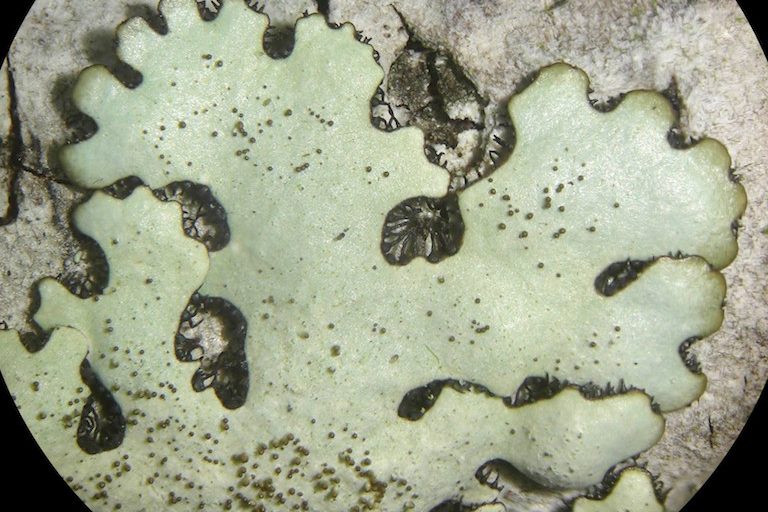 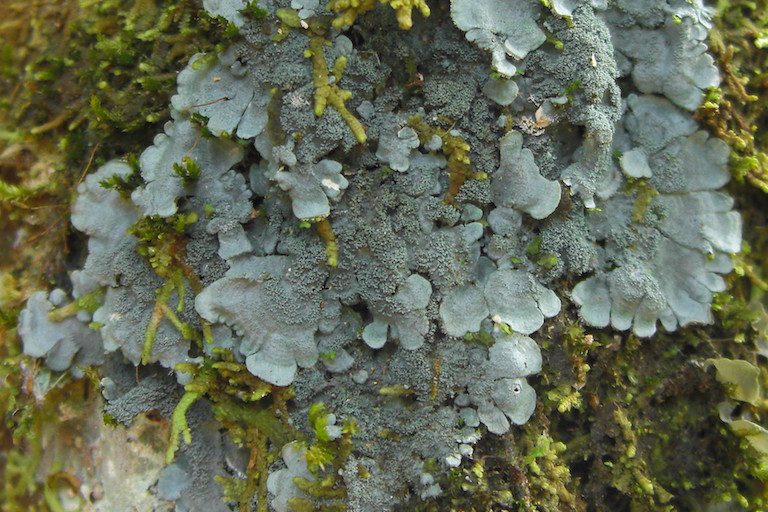 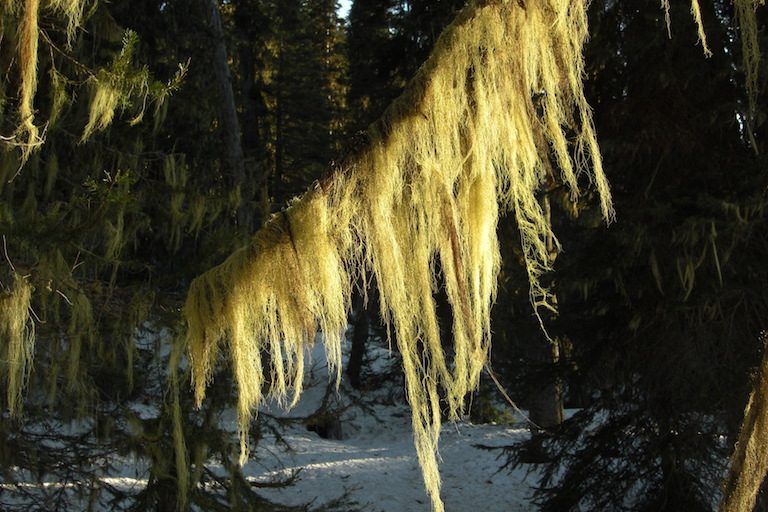 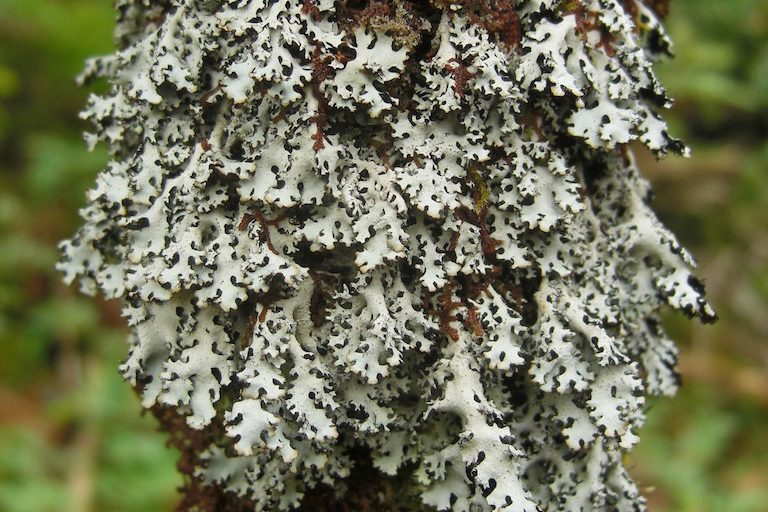 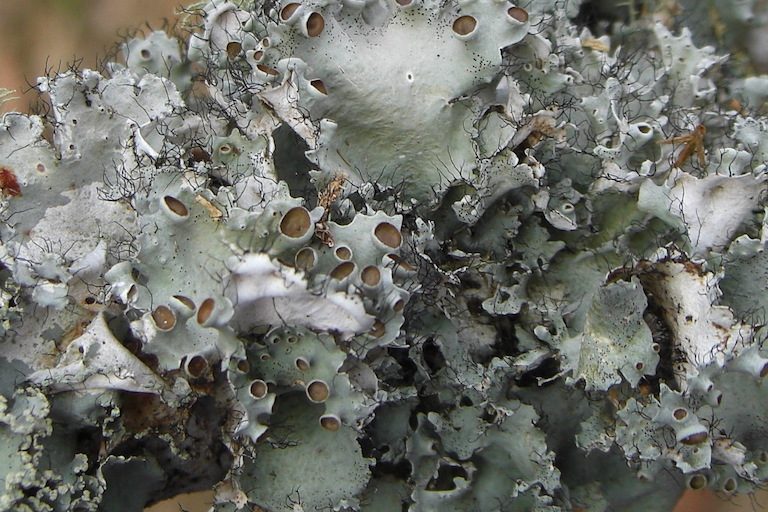 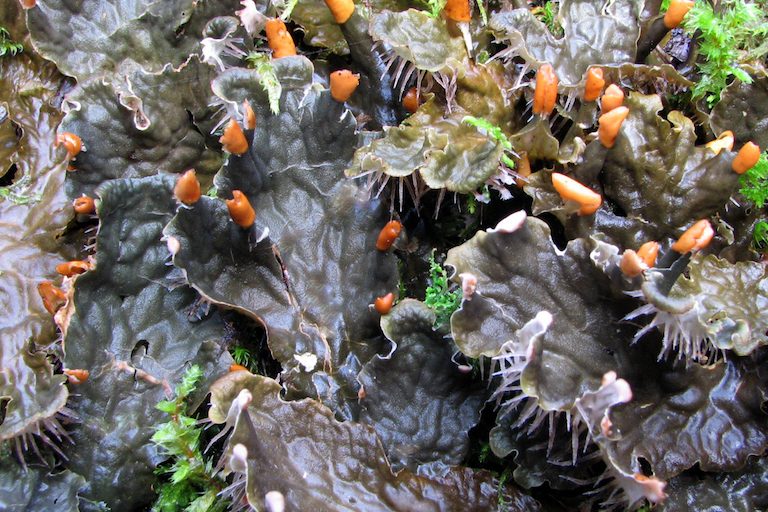 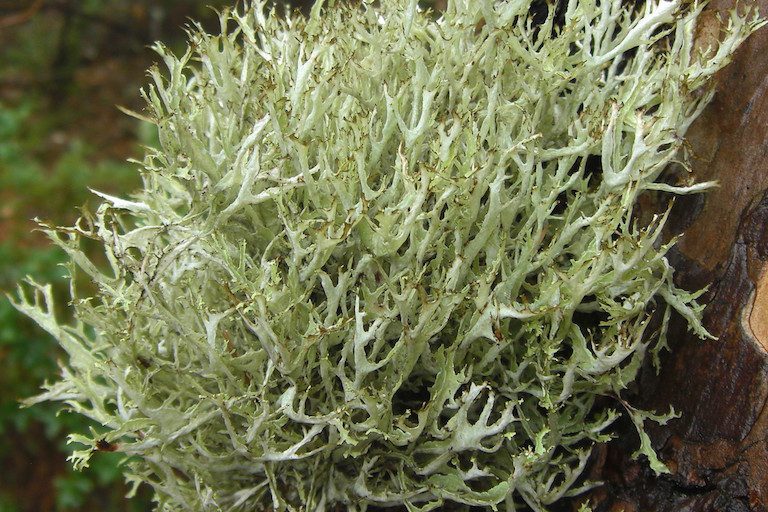 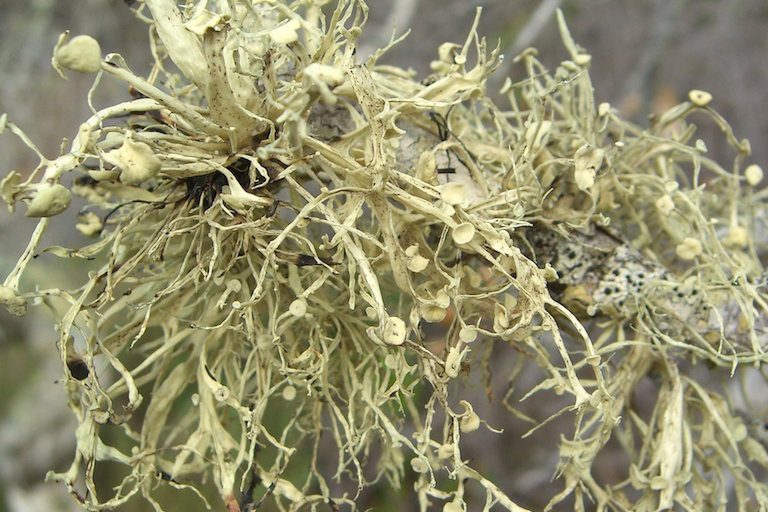 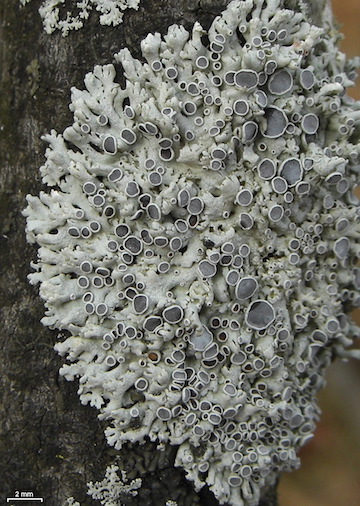 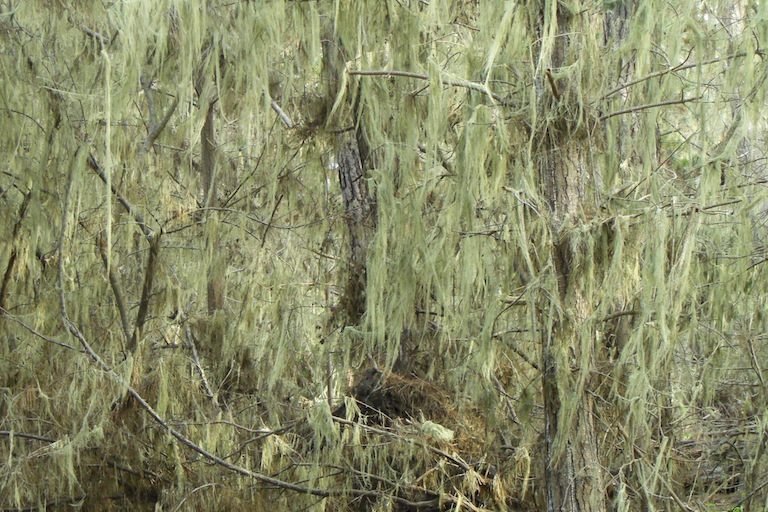 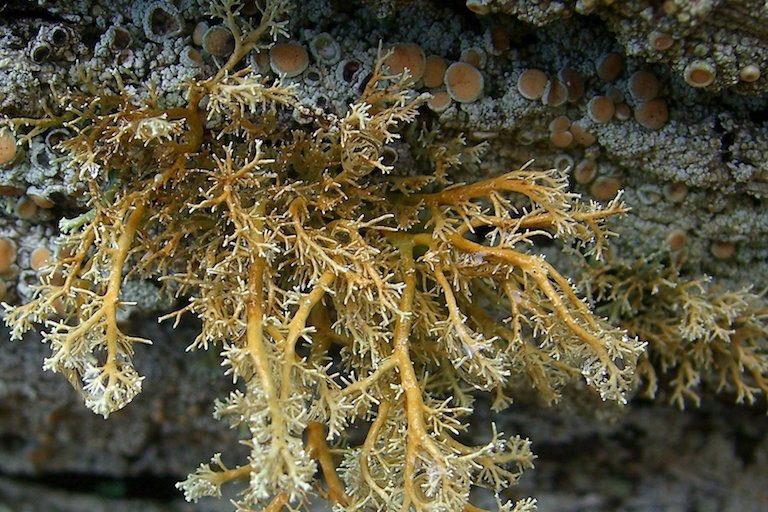 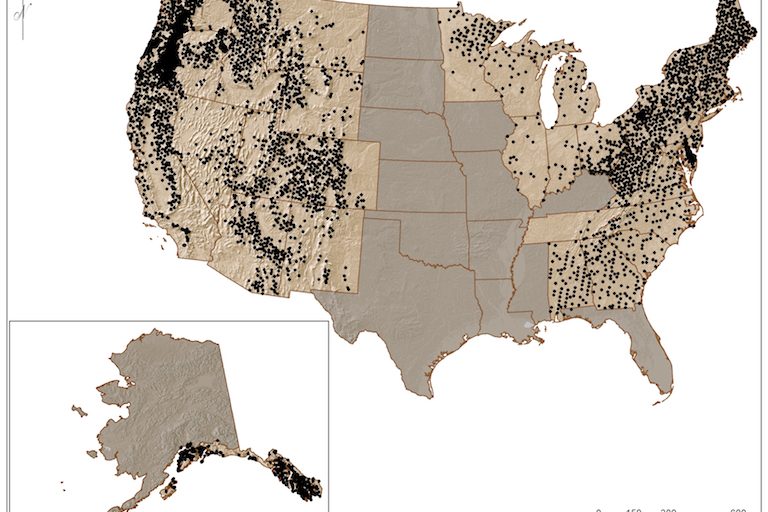 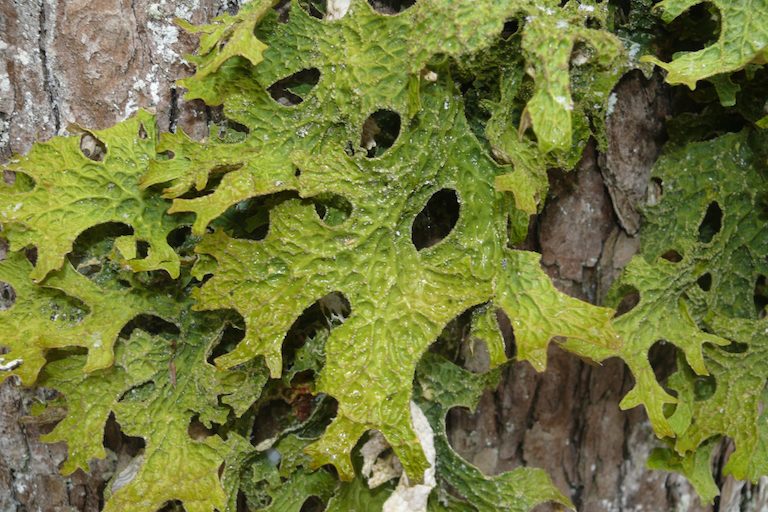 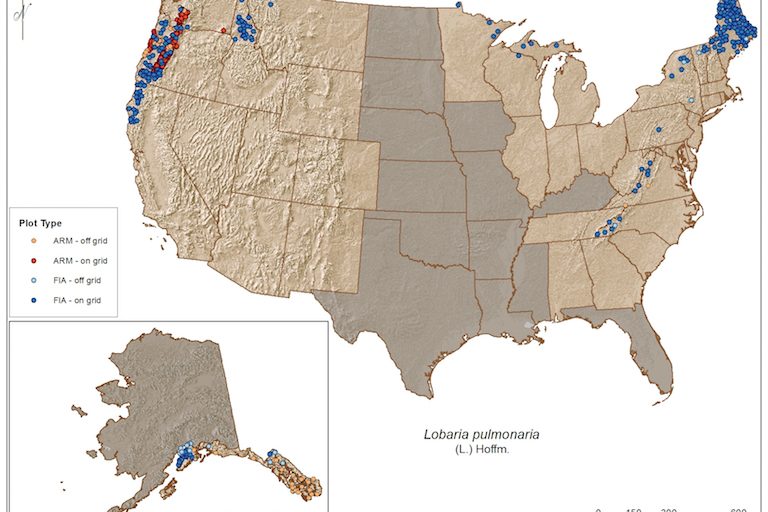 “I think the biggest selling point is bringing all these little pockets of data together,” Forest Service lichenologist Sarah Jovan, who led the project, told Mongabay. “This unites all the data for the first time. It’s providing the grand scope,” she said, “the big picture.”

Scientists interested in lichen biodiversity and taxonomy, air quality, pollution, and forest health will all have a natural interest in the new database, Jovan said. They will be able to ask questions about one lichen species at one site over time, or about many species, across many sites and years.

A forthcoming atlas based on the dataset will show the ranges of close to 500 different lichen species. There are more than 5,000 lichen species known in the continental U.S. and Canada today. The new database and atlas will cover most of the big tree-dwellers that hikers are likely to see, Jovan said, and rarer ones too.

“We can use this for environmental planning,” said Marcelo Conti, a researcher at the University of Rome who tracks contamination using lichens and who was not involved in creating the new database. By monitoring changes in lichens, environmental managers can spot pollution and take preventative action before other less-sensitive species start showing symptoms, he said. “These data are absolutely useful in order to prevent future environmental damages.”

The new database will also be free and publicly available. That’s another big plus, Conti said, both for scientific progress and for organizing future environmental planning and action.

Conti’s biggest concern with any information set like this is the quality of the data. It has to be reliable and reproducible in order to make effective conservation decisions, he said. Importantly, all the information in the new lichen database was collected using the same standardized methods, enabling scientists to effectively compare across time and space.

Once it’s finished (in a few months), the database will be available through the Forest Service website. The atlas will arrive later on Treesearch, the website’s hub for Forest Service research publications. Print copies will also be available on request.

“I think once its up and running and advertised…it’s just going to be a magnet to researchers,” Pipp said.

A dataset this big and long running is rare. “It’s hard to get national large-scale datasets for anything,” Jovan said, “let alone something proven for air quality and climate.”

Geiser, L. In prep. Handbook of lichen responses to air pollution and their associated ecological and direct human benefits.

Follow Amy McDermott on Twitter: @amygmcdermott. Her field reporting for this story was funded by the Council for the Advancement of Science Writing.