The Paris Agreement, which aims to hold average global temperature to two degrees celsius above pre-industrial levels, will enter into force once 55 countries accounting for at least 55 percent of global carbon emissions “ratify, accept, approve or accede” to the agreement. China and the U.S. together account for 38 percent of global emissions.

But while the decision represents progress toward curbing global emissions, there are potential obstacles to advancement in both countries. China’s commitment lacks a specific target for emissions reductions, while America’s plan is an “executive agreement” which hasn’t been ratified by Congress.

“Presidents Xi and Obama’s joint announcement this evening sends a strong signal to the world that Paris has moved from agreement to action,” said Greenpeace’s Senior Climate Policy Adviser Li Shuo in a statement. “Today’s commitment brings the possibility of the Paris Agreement entering into force early much closer to reality. But this moment should be seen as a starting point, not the finale, of global action on climate.”

“This clearly shows China’s determination to implement the Paris Agreement,” said WWF-China CEO LO Sze Ping. “This also shows that China is taking more of a leadership role in the global effort to prevent climate change. Now other countries must act swiftly to ratify the deal, and to reduce their emissions in line with the Paris Agreement’s long-term goals, according to science and equity, and therefore increasing their current pledges.” 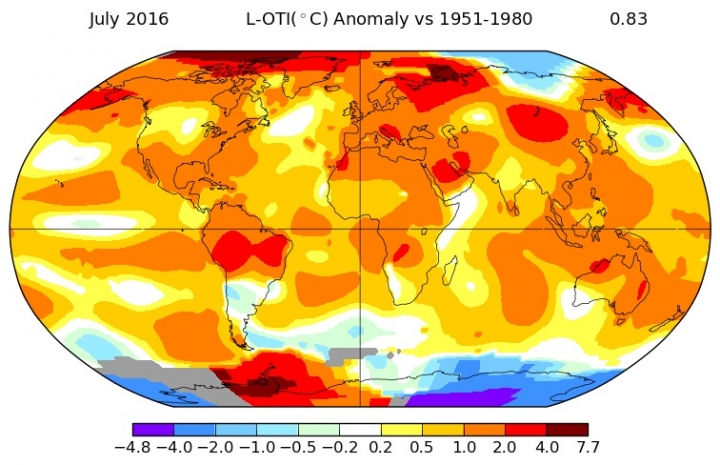 The news comes just two weeks after a U.S. government agency reported that July 2016 was the 15th straight hottest month on record. Data from National Oceanic and Atmospheric Administration (NOAA) showed that the average global temperature was more than 1˚C warmer than the 1950 to 1980 global average.

NASA estimates that there is a 99 percent chance 2016 will be the hottest year on record.